IT Career Advice: How To Sell - InformationWeek

12 comments
Comment Now
IT leaders must sell ideas and projects to be successful, but few are trained in sales. Here are some tips. 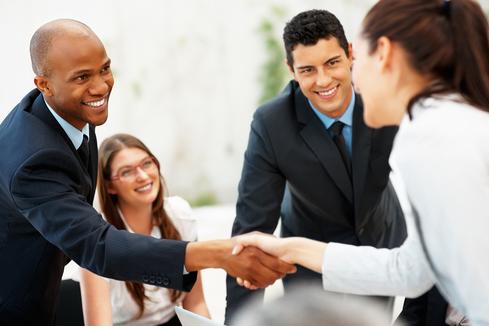 I had a business communications professor who pushed this idea, that we all needed to learn how to pitch persuasively, since that would be a constant part of our careers no matter what we chose to do. I particularly like Daniel's advice here to consider this tough questions: if this idea has so much upside, what's prevented action on it before now?
Reply  |  Post Message  |  Messages List  |  Start a Board

Your personal elevator pitch when you meet someone new is a powerful sales opportunity, as well. Do you have an interesting answer, beyond your job title?
Reply  |  Post Message  |  Messages List  |  Start a Board

I completely agree. Sales is a very important part of our professional lives.  The method may change, giving a presentation or an elevator pitch. But, those individuals whom know how to sale their ideas to others will be have an advantage over others.  I hope a chair of a computer science department is reading this, since a course in sales would really help new computer science students.
Reply  |  Post Message  |  Messages List  |  Start a Board

This is a great article, I spend a fair amount of time selling IT projects and all of this is usable depending on the situation you are in.  I've had people outside my department comment about my attitude when it comes to presenting projects.  I'm very good at accepting that it's not me who is being turned down and that sometimes the budget dictates the direction we go and deciding against what I want to do isn't dismissing my expertise or minimizing my role.  I've seen many people take it personally when they can't get a pet project approved and it always makes me wonder what they think drives the company.  I spent almost a decade doing IT in a very high pressure sales environment so a lot of that rubbed off on me and I tend to fall back on that experience.  I think everyone could do with a little sales experience if for nothing else to learn how to negotiate in the company's best interest.
Reply  |  Post Message  |  Messages List  |  Start a Board

It's interesting that you talk about your own attitude -- I think that's where a lot of us who dread sales need to focus. I like how Daniel puts it quite simply that 'it's not about you.'
Reply  |  Post Message  |  Messages List  |  Start a Board

I absolutely agree. Every single CIO I interview says that in order to get buy in at the top you need to sell your project using real numbers and potential gains -- hard and soft. I do think that before you embark on a single project, though, you need to put in a lot of prep work. That includes talking to all the key stakeholders (making sure what you're selling is actually what the business wants), doing due dilligence when it comes to vendors pre- and post-implementation and making sure that there's one person who will function as the person who will handle all the executive governance. From a blog post I read:

Executive goverance creates a "common framework that defined the end state, key stakeholders, executive sponsors, and procedures that would be followed on a recurring basis—weekly, biweekly, monthly—to ensure everything stayed on track."

Without that, you can sell your project well but if it fails will be less likely to get a win (and support) going forward.

Here's the link to the entire blog post: http://bit.ly/1nlAQIR

This is interesting: "In the real world, most people make decisions based on what is best for them personally and then back into the corporate rationale."

Sometimes these interests mesh, like a CISO who doesn't want to be embarrassed among peers by a breach; that's in line with what's best for the company. However, seems like this won't always be the case. At worst, maybe a CxO owns stock in Vendor A when Vendor B is a better choice. Or, it may be as simple as a leader opposing a project that would be good for the company because it would require a lot of work from his staff, just when he wants to go on vacation.

What if a CIO thinks that opposition arises from a personal issue?
Reply  |  Post Message  |  Messages List  |  Start a Board

The article claims "80 out of more than 2,900 four-year colleges or universities offer a curriculum in sales, yet 50% of graduates from these schools end up in a sales career".  I doubt this on two counts.

First, it seems that a large number of four-year colleges and universities must offer degrees in Marketing and/or Advertising (my own alma mater, The University of Missouri, offers both).  Though I did not study these fields, surely such degrees offer curriculum that should be considered "sales curriculum" in some sense.  I suspect most general business degrees include some sort of basic training in sales as well.

I also doubt that 50% of graduates from four-year colleges or universities end up in a sales career.  What evidence can you offer to support this claim?  Can you cite a study to back this up?
Reply  |  Post Message  |  Messages List  |  Start a Board

This is definitely a topic worth discussing for IT folks. As many have pointed out, it's ultimately a skill that any businessperson ought to have (or heck, any person at all - even stay-at-home parents need to negotiate with their kids!), but it's also fair to point out that IT people are particularly likely to have a lack of this training in their history, and extra need of a brush-up. At the same time, though, I'm nervous about how far any given piece of advice can get you when it comes to this skill. Isn't it something that can only come with experience, and indeed, when it does, doesn't it kind of defy explanation? Maybe it's best to think of any list like this as a starting point, rather than a full guide.

I like SaneIT's point about not taking things personally, and I'll second Chris in saying that Daniel's point of 'if this is such a great idea, then why hasn't it been implemented already?' struck me as a great point. I also think that these two points go hand-in-hand. Remember that you're just one person, at one point in time, pitching one idea. Whether or not it strikes paydirt has a lot to do with your presentation, but it also has a lot to do with many external factors. The result is not the end-all be-all for you, and it's also not a referendum on the technology you're vouching for. Sometimes the chips just fall how they fall.
Reply  |  Post Message  |  Messages List  |  Start a Board

Sometimes rejection in general is hard not to take personally.  I know that early on in my career I had times where I was very frustrated when budgets were cut and I took it as a personal attack.  Luckily I've learned to look at the big picture and understand that a business has to function outside of IT.  The end result is good and bad I guess.  I've been asked to negotiate for other departments because of my ability to disconnect personally from the transaction to the point that co-workers commented that they'd never want to be on the other side of a negotiation with me because I have "ice water" in my veins.  I'm not ashamed to tell anyone what I expect or that I think they can deliver more than they are offering.  Since I don't take it personally when they don't give me what I'm asking for we can just move forward and hammer out the rest of the details with no hard feelings.
Reply  |  Post Message  |  Messages List  |  Start a Board
Page 1 / 2   >   >>
Editors' Choice
Hot Topics