The emergence of CIOs whose backgrounds are outside of IT isn't a fluke. It was inevitable.

Everybody seems to hate it when their elders start a sentence with "I remember when." It's almost interchangeable with "When I was your age..."

However, I'm going to take a chance and say, "I remember when the title chief information officer really gained popularity." The term took off when IT thought leaders advocated for it in the mid to late 1980s.

That initial adoption of the CIO title came to mind when I read in Jessica Davis' article about the latest Society for Information Management research, which showed that 17.5% of responding organizations said that their CIO came from a non-IT background. In the past that figure has been in the single digits.

Why the jump in the number of executives from outside of IT taking over as CIOs? I think it wasn't a fluke, but an inevitability.

Two factors have collided in this case, factors that have been taking shape over the past 15 to 20 years: 1. More line of business managers have built their careers with a solid understanding of what technology can do for their organizations. 2. Far too many CIOs and senior IT managers have wandered -- or have been driven -- away from the CIO role that was carved out for them in the 1980s. 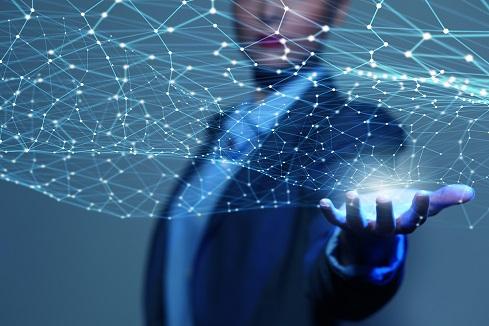 Go back in time to the original thought process behind the CIO title, and keep the focus on "Information." The CIO was charged with finding the best uses of information across an organization so that the company could identify new business opportunities and efficiencies, starting with an understanding of what and where that information was sitting throughout the organization.

While a lot of the job involved the mainframe-style technology that sat behind IT's glass walls, it didn't stop there. We were discovering how PCs changed the business and, later, the customer. Often the CIO inherited previously-independent groups who were responsible for telephone, fax, and printing, even paper processes. Eventually, mobile computing and web matters also landed on the CIO's desk. That made sense because all of those functions were about information.

In the first 10 years of this century, things began to change. We had CIOs who were -- and often still are -- great at organizing an IT operation that could keep the bits and bytes flowing for existing applications, while also identifying new technologies that could radically change the business.

Learn about four ways in which business priorities don't align with IT.

On the other hand, there were some CIOs who became fascinated -- personally obsessed -- with new technologies. A lot of them forgot about the need for a good IT organization.

Then, at some point between the DotCom crash and the end of the 2008-2009 recession, even the good IT organizations began to change. Budgets went from modest growth to slash and burn, amid economic uncertainty and layoffs.

Yet, new technology concepts like cloud and big data were still emerging, and people who grew up with the PC and matured with the web were making their names in marketing, product development, and other business units. They could see what technology could do for their business and were envious of how the Googles, Facebooks, and Amazons of the world could grow unencumbered by legacy applications.

When those managers sought help from IT, the CIO could only turn them down. The task of keeping the finance, email, business intelligence, and supply chain systems running sucked up the limited IT resources. Requests to equip a sales force with tablets or build out social media initiatives for marketing had to be met with "maybe next year."

So, shadow IT took off, and too many CIOs were stuck looking inward using their limited resources to keep the bytes flowing, and they were circumvented by tech-savvy department heads.

There's too often a sense of resignation today. I sense an air of acceptance that non-IT executives are using technology to advance the business while the CIO keeps the infrastructure patched in support of the real innovators.

The road gets only tougher for the IT-trained CIO. As more organizations hire a chief data officer, a function that should be a core element of the CIO's job -- turning all that data into "information" -- is falling under a new executive. Worse for the CIO, the CDO increasingly is reporting to the CEO, effectively giving an organization two top "information" executives. Can the non-IT CIOs that SIM identified oversee both the infrastructure and innovation? Probably, with time.

Some highly successful CIOs today do fit the original job description for chief information officer, although the fax and many of the printers happily are long gone to recycling. They keep their focus on "information" and innovation for the good of the company. Let's hope they represent the future and aren't driven back to that glass room.

Jim Connolly is a versatile and experienced technology journalist who has reported on IT trends for more than two decades. As editorial director of InformationWeek and Network Computing, he oversees the day-to-day planning and editing on the site. Most recently he was editor ... View Full Bio
We welcome your comments on this topic on our social media channels, or [contact us directly] with questions about the site.
Comment  |
Email This  |
Print  |
RSS
More Insights
Webcasts
Using MS Teams as Your Phone System - FREE Event 4/14
Advancing the Hybrid Cloud & App Modernization Journey with IBM
More Webcasts
White Papers
2020 SANS Enterprise Cloud Incident Response Survey
The Top 5 Mistakes Everyone is Making in Vulnerability Remediation
More White Papers
Reports
2021 Application Security Statistics Report Vol.1
Gartner Market Guide for Insider Risk Management Solutions
More Reports