Windows 7 is the operating system of choice at Veripic, a small but growing company that makes software for managing digital evidence and other law enforcement needs. But it's by no means the only OS in use at the firm.

In fact, the company's office includes machines that run just about every version of Windows from XP up -- even Vista. When you include its customer base, Veripic offers an interesting snapshot of the real world of OS upgrades and fragmentation -- twin topics that will get another twist when Windows 9 arrives, likely at some point in 2015.

Let's start with Veripic's staff. CEO John Kwan says the firm has been hiring -- it's up from 17 employees at the end of 2012 to 24 employees today -- and the fresh faces get new laptops running Windows 7. The company gave Windows 8 a try with new employees, but it bombed.

"It's been quite terrible," Sarah Dempsey, Veripic's VP of sales, said in an interview. She chuckled as she said it, but the reason for the assessment wasn't a laughing matter: Her salespeople spent hours simply trying to learn how to use their laptops -- hours spent not selling. "It ate up a lot of their time just trying to figure it out," Dempsey told us. As a result, Veripic uninstalled Windows 8 and replaced it with Windows 7; the older OS is now a requirement for any new laptops purchased by the company.

[Many users say cost is the top reason they're holding onto XP, but there are other reasons, too. Read Windows XP Holdouts: 6 Top Excuses.]

Windows XP also remains alive and well in Veripic's offices. The company is still printing its way through a toner stockpile and will keep two XP machines around as a result of driver incompatibility issues.

The firm's engineering group will keep several XP boxes in production for the foreseeable future for a bigger-picture reason as well: Many of the company's law enforcement customers are still on XP, and Veripic must ensure its systems run well in those environments. In that sense, the company's XP usage is a reflection of market realities rather than arbitrary support cutoffs or vendor encouragement to move to a "modern OS," Microsoft's preferred term for Windows 8.x, or at least Windows 7.

Veripic's VP of engineering Tony Chang noted the company has Vista and Windows 8.x machines for testing purposes, too. It takes a similar testing approach with different versions of Windows Server. So even while some Veripic employees didn't cotton to Windows 8, Chang's team still must use it because a handful of customers have purchased Windows 8.x devices. Similarly, Veripic engineers need to test their software and be able to field customer tech support calls related to just about any Windows version in use today. 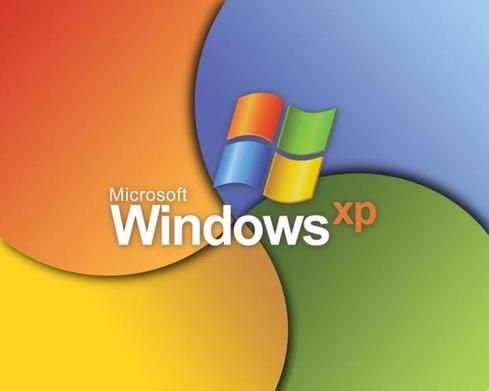 As for XP and any potential security risks from here on out, Chang told us the company will continue to rely on security best-practices, adding that the testing machines wouldn't be used for, say, corporate finance tasks or public Internet applications. "If any type of major security issue [opens] up after April 8, then we would have to look at what type of risk [it is] and decide how we want to shore up our security to avoid that," he said.

Chang explained that while many of Veripic's customers are still on XP, more have begun to at least evaluate moving to Windows 7 as a result of the end of Microsoft support. But that doesn't mean those organizations will move quickly, if at all. Dempsey noted that her target market must contend with loads of budget and bureaucratic challenges -- support cycles and industry trends be darned. Microsoft and other tech titans are forever in pursuit of the latest-and-greatest, but plenty of their customers are not.

"Look at New York City -- they're still using typewriters," Dempsey pointed out (really -- it's true). "A lot of agencies [are] strapped on resources to be able to upgrade, IT departments are strapped on resources, and at the same time there's not a lot of [internal] push to move to the latest update or whatever."

It's not just a matter of budget woes or municipal inertia. Kwan, Veripic's CEO, noted that technical stability can never be taken for granted in law enforcement and similar environments -- the risks inherent in major technology implementations are magnified and potentially dangerous. Corresponding issues such as application compatibility aren't matters for lip service, they're serious business.

"Their applications have to be absolutely stable," Kwan said. For instance, part of Veripic's software handles booking inmates into jail after they're arrested. "If they arrest 150 or 200 people per day, you can't have the system going down. You can't book those people, and they just pile up in the waiting area, and the situation gets worse every hour. We have to err on the side of stability just so that our customers have the best possible systems running."

Such industry-specific concerns also have broader IT implications beyond Windows upgrades and fragmentation. Take one of the bigger tech buzzwords in recent years: Cloud. One organization's IT nirvana might be another's crippling headache.

"There's a very big problem that cloud presents [for law enforcement]," Kwan said. Body-borne video cameras have become a major trend in police departments, and the average office records two hours of video per shift. Newer versions of these cameras shoot in 720p high-definition. A midsized police force might record up to 200 hours of video per day, according to Kwan -- and it all needs to be stored properly and securely, especially if it may later be introduced as evidence in criminal proceedings.

"The problem is that it's saturating the bandwidth going up to the Internet," says Kwan, "so even though there's a lot of talk about cloud, it's not currently a practical solution [for law enforcement]."

Kevin Casey is a writer based in North Carolina who writes about technology for small and mid-size businesses. View Full Bio
We welcome your comments on this topic on our social media channels, or [contact us directly] with questions about the site.
Comment  |
Email This  |
Print  |
RSS
More Insights
Webcasts
Claim Your Free Event Pass Today - Enterprise Connect 9/27-9/29
3 Ways to Detect and Prevent Man-in-the-Middle Attacks
More Webcasts
White Papers
How to Plan for Endpoint Security Against Ever-evolving Cyberthreats
Adaptive Multi-Layered Defense Is the Key to Cyber-Resiliency
More White Papers
Reports
State of DevOps 2021
[Report] 2021 State of IT & SecOps
More Reports
Copyright © 2021 UBM Electronics, A UBM company, All rights reserved. Privacy Policy | Terms of Service