50%
Tweet
Xerox announced that the company will split into two separate public companies, one focusing on hardware and software, the other dedicated to professional services.

What happens when the market value of a company is less than half its annual revenues? If it's Xerox, it splits itself into two pieces in an effort to let each half become much, much more profitable.

Xerox announced on January 29 that the company will break itself into two publicly traded companies: a Document Technology company, which retains all the hardware and software that are the core of Xerox's traditional business; and a Business Process Outsourcing company, based around Xerox's professional services organization, much of which was acquired as part of the Affiliated Computer Services Inc. purchase in 2010. The Document Technology company had approximately $11 billion in revenue in 2015, while the Business Process Outsourcing company had approximately $7 billlion in revenue last year.

In a prepared statement, Xerox chairman and CEO Ursula Burns said, "These two companies will be well positioned to lead in their respective rapidly evolving markets and capitalize on the opportunities that now exist to expand margins and increase market share." The transaction is designed in a way that shouldn't have any tax implications for the company or its shareholders, the most active of whom is Carl Icahn, who will have control of three board seats in the new Business Process Outsourcing company.

The company aims to complete its separation by year's end, according to the statement, which noted: "Until the separation is complete, Xerox will continue to operate as a single company, and it will continue to be business as usual for our customers and employees."

Todd Thibodeaux, CEO of IT industry trade association CompTIA, told InformationWeek in a telephone interview that the Xerox move is part of a trend among companies moving to concentrate on business strengths. "It's a continuation of a trend that goes back to when IBM started to shed divisions," Thibodeaux said, pointing to the printer and PC divisions that IBM shed years ago. Speaking more directly about the Xerox split, he said, "We've seen companies acquire services and then decide that they can operate better with just the hardware."

More recently, Hewlett Packard completed a corporate split on November 1, 2015, that had been in the works for a year. 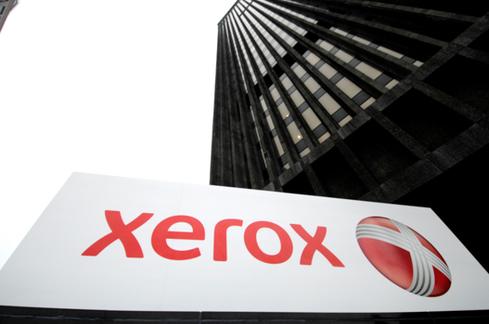 Thibodeaux said that he sees the Xerox split as nothing but good for the company's customers. "The ability is there for [customers] not to feel tied to a single vendor when there's a lot of innovation going on, so they can get a wide range of services and look to a wide range of vendors for document management, ERP, or even hardware."

Asked whether he thinks the breakup trend among tech stalwarts like Xerox will continue, Thibodeaux said that he sees Xerox as one of the last companies of its size and age to go through the process, simply because so few companies remain eligible for the split. "We're running out of big companies that are open to splits like this. Would SAP be one?" he wondered. 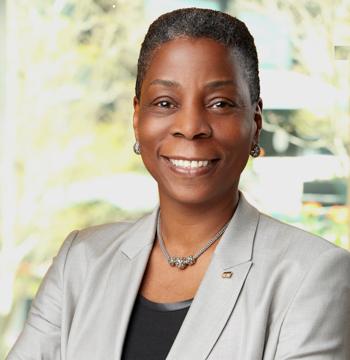 Thibodeaux also pointed out that more than size and product mix come into the equation when companies consider splitting up. "It also deals with how companies relate to their channels," he said. "Dell has been experimenting with something like this. When you really get big in services you're going to put yourself into competition with your channel," he said.

Ultimately, Thibodeaux sees this as a positive development for Xerox. "This is an exciting opportunity for a company this old. A lot of companies, when they get to this point in their history, are reluctant to do this sort of thing. They're a very good brand, and I'm excited to see what they're going to do next."

Curtis Franklin Jr. is Senior Editor at Dark Reading. In this role he focuses on product and technology coverage for the publication. In addition he works on audio and video programming for Dark Reading and contributes to activities at Interop ITX, Black Hat, INsecurity, and ... View Full Bio
We welcome your comments on this topic on our social media channels, or [contact us directly] with questions about the site.
Comment  |
Email This  |
Print  |
RSS
More Insights
Webcasts
Malicious Insiders: Real Defense for Real Business
5 Steps to Integrate SAST into the DevSecOps Pipeline
More Webcasts
White Papers
The Insider's Guide to IP Geolocation Data
Why Endpoints are the Secret to Better Employee Experience
More White Papers
Reports
Global Cloud Proxy Enables VPN Split Tunneling
2019 State of Privileged Access Management (PAM) Maturity Report
More Reports

I think spinning off PARC was a very good idea for Xerox but they don't seem to have the push behind them that would make them the first name that comes to mind for technical innovation, they play a bit of a supporting role now.  I think Xerox professional services may end up in a similar boat, being able to say they can back you up but not driving the process development.
Reply  |  Post Message  |  Messages List  |  Start a Board

@SaneIT, interesting observation, but I would say Xerox do know the market and the field.... it just big changes happening in the field...
Reply  |  Post Message  |  Messages List  |  Start a Board

I see them as resources who managed to grow business decades if not a century ago but I wonder how much of what they do can be used by smaller companies starting up now.  I'm positive that some of their process and business practices will work and would benefit smaller companies from a learning standpoint but operating like a 100 year old juggernaut isn't working for them right now so there are going to be some things they do that absolutely won't work for anyone in today's market.  They bring along lots of experience but they can't give you their market share or their capital.
Reply  |  Post Message  |  Messages List  |  Start a Board

"and a Business Process Outsourcing company, based around Xerox's professional services organization,"

This is the third very large company that I know of doing something like this, either spinning off or selling off a Business Process company.  I'm not sure if the trend is good or bad, on one hand you have decades of experience running a very large company and solving problems in everyday business but on the other hand these companies are stumbling under their own weight so those processes aren't saving them.
Reply  |  Post Message  |  Messages List  |  Start a Board

Investors don't like "comprehensive companies" that try to offer all things to customers. Invariably, some units lead and others lag. Ditch the laggards and you are left with a smaller, more profitable company that can command a higher stock price. Such firms are also easier for investors to understand.

With that said, people are wondering about IBM in this light. IBM has sold off units, but it won't go as far as splitting itself up into two or three companies to "unlock value" for investors. Big Blue is betting on new lines of business growing faster than legacy units. But those new lines of business are not growing fast enough to offset even sharper declines on the legacy side.
Reply  |  Post Message  |  Messages List  |  Start a Board

This move makes total sense. These days, it seems larger corporations are reconizing that being huge isn't always an advantage. This has been especially true in technology, where different structures are considered more oftent than ever before. If this makese the businesses of the two separate Xerox organizations successful, this is going to look like a really good move in a few years after the dust settles.
Reply  |  Post Message  |  Messages List  |  Start a Board
Editors' Choice
Hot Topics