Here's how one independent tech industry analyst thinks the Biden administration will tackle a wide range of tech industry issues in its first 90 days and beyond. 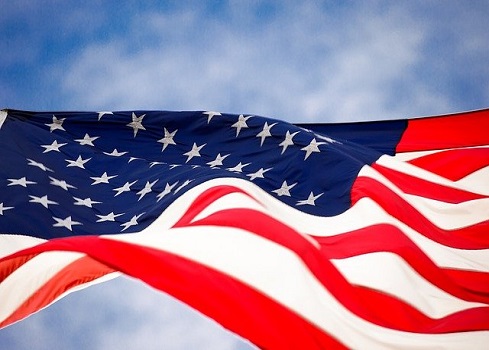 I’m as worn out by the most recent US presidential election as you probably are. And the transition to the Biden administration may also be another huge tangle of nerves for some. But as with any new presidential administration, it’s important to look at the impact it may have on the technology sector.

I think President-elect Biden will become an aggressive proponent of artificial intelligence (AI) as a backbone of US government, the economy, and society on every level.

In his first 90 days, I think Biden will appoint a special AI czar to coordinate public and private sector efforts designed to prevent use of social and other digital channels for propagating disinformation and other attempts to artificially manipulate political opinions.

Biden’s AI czar will become a central player in the country’s ongoing battle against “fake news,” deepfakes, and other deliberate attempts -- equal parts algorithmic and social -- to destabilize the factual substrate that sustains constitutional democracy. Online content authenticity will become a rallying cry for the Biden administration as it shifts its focus toward the 2022 midterms and 2024 presidential campaign. So, it’s also a safe bet that the new president’s AI czar will also drive liaisons between the federal government and such industry efforts as Reality Defender and Content Authenticity Initiative.

The federal AI czar will also become the new administration’s coordinator in a wide range of domains impacted by this technology. His or her policy portfolio will encompass a growing range of concerns beyond election security, such as facial recognition, privacy, anti-bias, algorithmic transparency, and workforce automation. Given the technical prowess needed to address these AI-centric challenges, Biden will almost certainly choose a Silicon Valley exec -- of which he has several on his transition team -- to drive the effort.

Indeed, one can expect that a wide range of tech companies will avidly donate their efforts and assets to the effort, as many of them have recently ramped up their development of tools for detecting deepfakes and other threats to public confidence in the authenticity of online content.

The Biden administration will prioritize expansion of H-1B visas for highly skilled immigrants, who make up the backbone of Silicon Valley and represent more than 60% of workers in the STEM fields that power ­­the tech sector.

In his first 90 days, Biden will revisit his predecessor’s efforts to suspend all new H-1B visas. The current president’s actions have been widely unpopular in the tech sector as well as counterproductive as an effort to stimulate economic growth across all sectors of the economy. Biden will support expanding the number of high-skilled visas and eliminating country-by-country limits on employment-based visas. At the same time, the incoming president will make every effort to ensure that foreign-born highly skilled workers who are already in the US have the same opportunities as fresh immigrants to obtain temporary visas for in-demand jobs.

I expect the new administration to voice misgivings over state-level initiatives, such as California's recently approved Proposition 22, that prevent app-based drivers with companies such as Uber from classifying workers as full-time employees entitled to healthcare coverage and other such standard benefits.

The Biden administration could conceivably encourage Big Tech companies to provide gig workers with better pay, benefits and protections. However, it is unlikely to issue a Department of Labor ruling requiring tech companies to reclassify gig workers as full-time employees. Doing so would squander the incoming administration’s political capital on an issue that would be sure to rankle supporters among Big Tech execs. Besides, any effort by the incoming administration to rock the boat on this matter will almost certainly be countered by a massive lobbying effort funded from tech companies’ deep pockets.

Easing up on the Google antitrust lawsuit

President-elect Biden will back away from the antitrust lawsuit that his predecessor’s Justice Department filed against Google just weeks before the election.

In his first 90 days, Biden will ask Democratic-led states to back off from their own support for the current administration’s suit, pending ongoing policy review. Biden may also try to urge states to go slow on their own separate antitrust investigations into Google, pending resolution of the federal lawsuit. His administration will almost certainly revise the ongoing federal lawsuit after an internal review that may stretch for months. The focus of this review will be whether it would be more effective  to seek comprehensive legislative and regulatory efforts to rein in the powers of Google, Facebook, Amazon, and other Big Tech firms, as spelled out in this recent House of Representatives subcommittee report.

Political pressures going forward, especially the need to demonstrate that Silicon Valley does not have him in its pocket, will likely spur Biden to keep the current administration’s lawsuit chugging on life support, albeit without overtones of partisanship. He will need to do this, at the very least, because some in his own base, especially House Antitrust Subcommittee Chairman David N. Cicilline (D-RI), support the current administration’s lawsuit.

But it’s a safe bet that there will be no larger Biden push to “break up” Big Tech companies. That’s because nobody either in Biden’s camp or on Capitol Hill -- even after extensive hearings -- has produced a clear rationale for doing so, or proposed a working approach that would both lessen those companies’ market clout while ensuring protection of consumer privacy, worker safety, and other key societal outcomes.

Biden will place a high priority on introducing regulation of social media and other tech publishing channels.

In his first 90 days, Biden will take action either to repeal or significantly weaken Section 230 of the Communications Decency Act, which grants immunity to Facebook, Twitter, and other online channels from lawsuits over content that subscribers publish on their channels. Biden has already gone on record as recommending repeal of the law, which was first enacted in 1996, on the grounds that social media have not done enough to police misinformation and hate speech.

Nevertheless, Biden has indicated he is likely to “immediately” reverse an order that was issued by his predecessor in May of this year asking agencies to narrow enforcement of Section 230. The incoming president’s rationale is that his predecessor’s action was motivated primarily by a desire to target content that was unfavorable to his administration and re-election prospects.

Whatever its next steps in this matter, the incoming administration’s efforts will almost certainly run into a wall of distrust if the president’s political opponents believe that the new rules are being used to stifle their viewpoints online. Considering how many liberal-leaning tech execs are already on the Biden transition team, this new POTUS will have to bend over backwards to assure the public that new regulations aren’t a smokescreen for favoring left-leaning content.

However, Biden hasn’t stated what regulations he’d prefer to see in place of today’s legal environment, in which the choice to take down or flag content is at the complete discretion of the companies. It’s conceivable that the new president may align his priorities with some bipartisan proposals that could gain adoption in a new Congress, such as the PACT Act, which aims to boost transparency around tech companies’ content moderation decisions.

Considering how divided the US Congress will be along partisan lines for at least the first two years of the new administration, the incoming president may have to resort to executive actions to police toxic online content. If Biden’s administration pushes for the current shield law to be repealed, that would almost certainly trigger many fierce challenges on First Amendment grounds. It could also produce popular backlash if social media companies become overly aggressive about removing or restricting controversial content that is posted to their sites.

President Biden will have to talk tough to China while also showing that he can also engage the Asian superpower on a wide range of issues confronting high-tech and other sectors.

In his first 90 days, Biden will scale back trade barriers across many segments while seeking opportunities to engage diplomatically with Beijing on high-tech initiatives that are to both nations’ advantage. He will significantly tone down the rhetoric while remaining vigilant against attempts by China-based firms such as Huawei to achieve dominant footprints in US cloud computing and telecommunications infrastructure.

Amid all the geopolitical back-and-forth with resurgent China, Biden’s administration will provide US-based tech vendors in key emerging sectors -- such as AI, 5G, and quantum computing -- with ample opportunities to secure R&D grants, tax breaks, and other fiscal perks and incentives. The president-elect is already on record as proposing innovation funding of $300 billion over four years, in part to remain competitive with China

The Biden administration will have to make aggressive moves on the legislative front in privacy, which is a spearhead issue driving political pressures to regulate Big Tech companies.

In his first 90 days, Biden is very likely to propose a new US national online privacy law similar to California's new data privacy law, widely considered to be the toughest in the US or the privacy law, known as GDPR, that the EU passed 2 years ago. Indeed, Biden has said the US should set privacy “standards not unlike the Europeans.”

Counterintuitively, the Big Tech companies will be pushing for such a law to short-circuit having to comply with 50 widely divergent sets of state rules.

Elections come and go, as do governments. So, let’s take a breath and remind ourselves of the larger issue that the Biden administration will need to address above all else: an ongoing pandemic that has already claimed hundreds of thousands of US lives and shows little sign of abating.

Whatever Biden’s policies on the tech front, 2021 will be the year that he assumes responsibility for steering the US through this public-health crisis and the economic downturn that it precipitated. Whatever his positions on issues that matter to the tech industry, Biden will need to maintain constructive engagement with the likes of Jeff Bezos, Satya Nadella, Tim Cook, and other tech executives. Regardless of who occupies the White House starting January 20, Big Tech will provide the cloud computing, remote collaboration, smart devices, and other essential techs we’re all using to weather the ongoing pandemic.

President Biden will need to build a bipartisan consensus on how advanced technologies -- and the vendors who provide them -- can help us all flatten the COVID-19 curve and transition safely to a post-pandemic “new normal.”