SanDisk CIO Ravi Naik spoke with InformationWeek about how he figures out the difference between the technology his business executives want, and the technology they really need. His experience holds lessons for any IT leader looking to make technology a true driver of business outcomes.

"It isn't only about needs," said Ravi Naik, SanDisk CIO, in an interview with InformationWeek, "If you only handle needs, you aren't getting ahead of the curve." Instead, Naik said, the best way for a CIO to strike a balance between want and need is to understand the business. That way a CIO can transform the business by providing the right solutions at the right time.

Naik gave two examples from SanDisk's own business, which makes flash storage for home and business users. The first is a case of "want masquerading as a need." SanDisk recently open a new factory, and the business unit said it required a large server farm to run the factory when it opened. According to Naik, the impulse of most CIOs (and his own immediate reaction) would be to invest immediately in the servers to make sure there were no problems with the major investment.

Instead of rushing into things, though, Naik did some homework first. "We took the time to discover the workload," Naik said, "We wanted to know exactly what that server farm was running. We took a close look at the three-year roadmap to ramp up the manufacturing. We discovered we could deal with a much smaller farm on day one and ramp it up slowly, because the factory wouldn't be at 100% capacity on day one." Of course, waiting to deploy some of those servers saved money.

On the other hand, there are also "needs masquerading as wants." Naik discussed a time when he was asked to look at the financial modeling SanDisk was using. At first blush, updating the model seemed a "nice to have," as the existing forecasting system was still functioning, and the in-memory system being evaluated wasn't cheap.

However, upon closer inspection, an updated system turned out to be crucial. "The number crunching from the old system took four to six hours per model, and then if you needed to tweak the model it took another four to six hours," said Naik. "With new investments in an in-memory system, we were able to take that time down to 12 to 15 minutes, depending on the model." 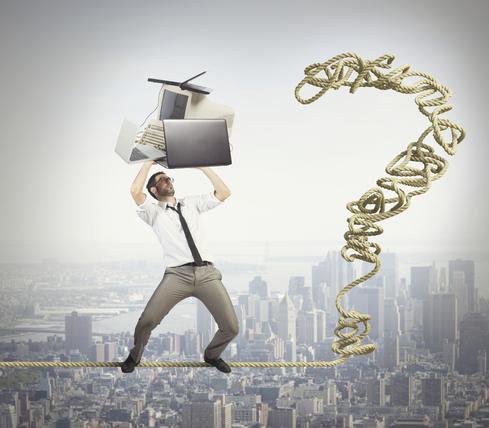 Figuring out the difference in both cases came down to understanding the business. "CIOs tend to be technology focused," said Naik. "While that is a skill that is important to have, the key differentiator for the CIO is to talk in the business language and understand the DNA of the business. The best question you can ask is, 'How can IT accelerate the painful changes of the business?'"

So what happens when a CEO or other leader throws a tantrum and asks for a new toy? "It happens all the time," said Naik, "It happens at various levels. At some levels it is easier than others. What is important here is to keep in mind is that if the CIO is only addressing the needs, and ignoring the wants, he or she will eventually stop being successful.

"We are human beings who run on emotions. There is a strong desire to get your hands on the cool stuff. There are some areas of wants that need to be fulfilled. There needs to be a good balance. It is the business knowledge that lets you have the logical discussion that can help figure it out."

Of course, because your business is different from SanDisk's, Naik can't give you specific advice on which technology is a want and which is a need. What might be absolutely crucial for one company might be a luxury at another. Your biggest "need" is to make sure you don't count on the business to tell you what it needs or wants. If you aren't driving the business, it is driving you.

David has been writing on business and technology for over 10 years and was most recently Managing Editor at Enterpriseefficiency.com. Before that he was an Assistant Editor at MIT Sloan Management Review, where he covered a wide range of business topics including IT, ... View Full Bio
We welcome your comments on this topic on our social media channels, or [contact us directly] with questions about the site.
Comment  |
Email This  |
Print  |
RSS
More Insights
Webcasts
Tuning your Data Storage Strategy to the Hybrid Cloud
The Death of Network Hardware Appliances and the Evolution of Cloud-Native Architectures
More Webcasts
White Papers
How to Plan for Endpoint Security Against Ever-evolving Cyberthreats
SUNBURST: Mapping Malicious Activity Using Farsight Historical Passive DNS
More White Papers
Reports
SANS 2021 Cloud Security Survey
Future Proofing Your Network for 5G
More Reports
Copyright © 2021 UBM Electronics, A UBM company, All rights reserved. Privacy Policy | Terms of Service