The iconic computer and device maker is reportedly considering an OS X 10.12 feature that would allow users to unlock their Macs via the same Touch ID technology that's in iPhones and iPads.

Apple is reportedly working on allowing users to unlock their Macs via Touch ID technology, potentially setting up another device as a target that could draw the attention of law enforcement authorities looking for ways around cracking encryption.

The iconic computer and device maker is may be adding a feature to its OS X 10.12 update that would allow a user's Touch ID-enabled iPhone to unlock a Mac when its nearby, according to a MacRumors report.

The feature will likely work in the way that an unlocked iPhone automatically connects to an Apple Watch by skipping past the watch's passcode, according to MacRumors, which noted that this would be done using a Bluetooth LE framework. 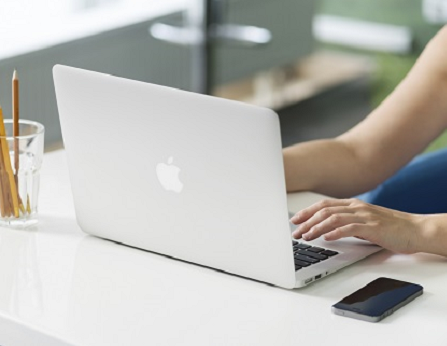 But if Apple develops a feature to allow the Touch ID-enabled iPhone to directly unlock Macs, it will give law enforcement authorities an easier way to force suspects to unlock their Macs, versus breaking through a device's encryption.

Encryption became a high-profile topic in the San Bernardino terrorist case when the FBI tried to unlock the shooter's iPhone, but was initially prevented by its Touch ID.

The courts can force a user to place a finger to unlock a phone via Touch ID, giving law enforcement officials easy access to the contents held by the device, since this action is not protected under the Fifth Amendment. Ironically, the Fifth Amendment does guard against self-incrimination should a person be asked to provide his or her password or pin number to such a device. That's because the action requires the person to make a statement that shares such information.

The report also notes documents show that those change took effect in May, but an Apple spokesperson told the publication the change happened in September, when iOS 9 rolled out. These new restrictions could make it tougher for law enforcement agencies to gain access to iOS devices with a fingerprint.

According to a report in 9to5Mac, Apple is expected to unveil its big OS X update at its Worldwide Developers Conference (WWDC) next month, and may add its Touch ID OS X 10.12 support to the mix.

Dawn, it is not clear to me what your point is. As a user, adding Touch ID to OS X sounds good to me. You say: < "But if Apple develops a feature to allow the Touch ID-enabled iPhone to directly unlock Macs, it will give law enforcement authorities an easier way to force suspects to unlock their Macs, versus breaking through a device's encryption." > "But?" But what? All along reading your article from beginning to end I had the impression that the big problem with unlocking Macs with Touch ID is that law enforcement authorities can have it easier to unlock criminals' Macs. And again, what's the problem? As a user again, if Apple adds something that makes my life easier without compromising my security and privacy I definitely welcome it. I am not a criminal, or intend to become one. This means I have nothing to fear. If, on top of making my life easier, Unlocking Macs with Touch ID help authorities get criminals faster I see no problem. Maybe I am wrong? -Susan
Reply  |  Post Message  |  Messages List  |  Start a Board
InformationWeek Is Getting an Upgrade!