50%
Tweet
With calls for greater transparency in the rules governing Section 702 of the NSA's Prism program, the FBI has made classified changes, The Guardian confirmed. The program has implications for businesses and individuals alike.

In a move that has implications for businesses and individuals alike, the FBI quietly revised its privacy rules regarding the searching of data collected by the National Security Agency (NSA).

The new rules apply to what's referred to as Section 702 of the NSA's Prism program, which falls under the Foreign Intelligence Surveillance Act (FISA) and is set to expire in 2017.

The new rules were reported by The Guardian March 8, citing confirmation from US officials.

In October 2015, the American Civil Liberties Union joined with more than 30 other privacy and civil rights groups in urging the US director of National Intelligence to release more information about Section 702.

Meanwhile, the Privacy and Civil Liberties Oversight Board (PCLOB), a Washington-based watchdog group, said in a Feb. 5 statement that it had issued reports on Section 215 and Section 702 of the government's surveillance programs. The PCLOB reports made a total of 22 recommendations to ensure the programs "appropriately balance national security with privacy and civil liberties."

According to the March 8 report in The Guardian, the new rules address some of the concerns put forward by the PCLOB.

"Changes have been implemented based on PCLOB recommendations, but we cannot comment further due to classification," Christopher Allen, a spokesman for the FBI, told The Guardian, which added that some of the revisions addressed the PCLOB's concerns about the number of FBI agents using the NSA-collected data.

According to The Guardian, FBI officials routinely use Americans' identifying information to search through the "massive collections of international emails, texts and phone calls." The data is collected from international communications that are reportedly focused on non-Americans, though Americans are often on one end of the correspondence.

As of 2014, The Guardian report added, the FBI wasn't required to make note of when it searched the metadata of an email (the "to" and "from" categories). Neither did it record how many of its searches included Americans' identifying information. Privacy advocates have described the FBI's easy access to the data as a "backdoor" around obtaining warrants, according to The Guardian.

Timothy Barrett, a spokesperson for the office of the director of national intelligence, confirmed the FBI's rule changes to The Guardian and said that, as it did with 2014 "minimization" changes to Section 702, the FBI is considering releasing the 2015 changes. 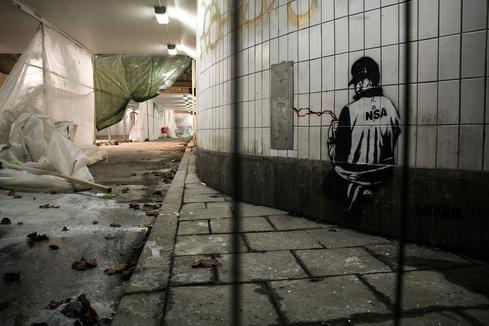 According to the PCLOB, 13 of the organization's 22 recommendations have been implemented in full and "nine are still in the process of being implemented or have been partially implemented."

Those still "in the process" include recommendations to:

Meanwhile, the October 2015 letter from the ACLU and other groups asked for an estimate of:

In their letter the groups said that knowing the impact of the law on Americans "is not only important to an informed public debate, it is essential."

Michelle Maisto is a writer, a reader, a plotter, a cook, and a thinker whose career has revolved around food and technology. She has been, among other things, the editor-in-chief of Mobile Enterprise Magazine, a reporter on consumer mobile products and wireless networks for ... View Full Bio
We welcome your comments on this topic on our social media channels, or [contact us directly] with questions about the site.
Comment  |
Email This  |
Print  |
RSS
More Insights
Webcasts
Unlocking the Ultimate Source of Truth in Cloud Security--Network Data
Don't Miss This Crash Course on Cyber Attackers
More Webcasts
White Papers
DevOps for the Database
Worried About SaaS Misconfigurations? You Should Be.
More White Papers
Reports
IDC MarketScape: Worldwide Managed Security Services 2020 Vendor Assessment
Remote Network Management: The Enterprise at Home
More Reports