James Comey suggested the FBI paid the iPhone hackers upward of $1.3 million -- more than Comey will earn for the remaining seven years of his term as FBI director.

The FBI paid hackers more than $1 million to access the encrypted iPhone of San Bernardino terrorist Syed Farook, according to a published report.

Speaking at the Aspen Security Forum in London April 21, FBI Director James Comey said his organization paid the hackers "more than I will make in the remainder of this job, which is seven years and four months," Bloomberg reported, tallying that Comey's salary this year will be $185,100, according to federal salary tables.

The FBI director appointment is a 10-year term. The payday for the hackers is being estimated at more than $1.3 million

Comey didn't clarify whether that's because accessing the iPhone enabled the FBI to drop its case against Apple or because the FBI found valuable information on the unlocked smartphone. The agency has remained mum about its findings. 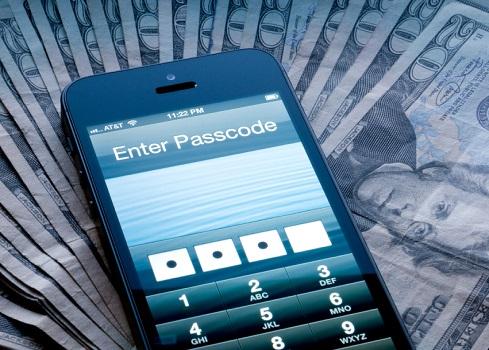 At an April 5 event in Washington, FBI lawyer James A. Baker likewise suggested that the payment was worthwhile, according to The New York Times.

The FBI filed a court order against Apple Feb. 16, mandating that it provide the encrypted data and create software that would make similar issues in the future more quickly solvable.

Apple pushed back, claiming the FBI's grounds for the request were unconstitutional. The pair traded legal filings until March 21, when the FBI dropped the case, stating that an outside party had provided a method for unlocking the iPhone without Apple's assistance.

Many speculated that the outside party was Cellebrite, an Israel-based tech firm that the FBI has worked with in the past. However, according to an April 12 Washington Post report, it was actually a group of hackers. At least one among the group, reported the Post, was a "gray hat," a term for a hacker who sells discovered security vulnerabilities for a profit.

Speaking at the Kenyon Center for the Study of American Democracy at Kenyon College April 6, Comey said he was glad that the legal case was over.

"Litigation is a terrible place to have any kind of discussion about a complicated policy issue. Especially one that touches on our values…," Comey said. "So it is a good thing that the litigation is over. But it would be a bad thing if the conversation ended."

At the London event, Comey added that it would be "regrettable," were the FBI to have to rely on hackers in the future, and that the fix -- with its considerable price tag -- was "not scalable."

Michelle Maisto is a writer, a reader, a plotter, a cook, and a thinker whose career has revolved around food and technology. She has been, among other things, the editor-in-chief of Mobile Enterprise Magazine, a reporter on consumer mobile products and wireless networks for ... View Full Bio
We welcome your comments on this topic on our social media channels, or [contact us directly] with questions about the site.
Comment  |
Email This  |
Print  |
RSS
More Insights
Webcasts
Unifying Your Endpoint Security Strategy
Fact or Fiction? The Truth About Cloud Native Security
More Webcasts
White Papers
Accelerate Network Operations Efficiency with AIOps
Ransomware, the Exploding Cyber Threat
More White Papers
Reports
Cloud & Hybrid Security Tooling Report
A Practical Guide to Enabling 5G Deployments
More Reports

Well, the guy's certainly not going to say, "You know what?  Looking back, it was a total waste of public funds and resources, and we should have spent our time better," even if the information they retrieved turned out to be a bust.  Gotta put your happy PR face on.
Reply  |  Post Message  |  Messages List  |  Start a Board
InformationWeek Is Getting an Upgrade!