Although quantum computers are largely in the experimental phase, Google has started testing cryptography to protect against hackers in the post-quantum era.

Google is testing out post-quantum cryptography in a move to guard against hackers who may one day use quantum computers to break the security protocol used in HTTPS.

"A hypothetical, future quantum computer would be able to retrospectively decrypt any Internet communication that was recorded today, and many types of information need to remain confidential for decades. Thus even the possibility of a future quantum computer is something that we should be thinking about today," Matt Braithwaite, a Google software engineer, said in a Google Security blog.

In an effort to guard against those potential hacks in the future, Google is now testing out post-quantum cryptography. 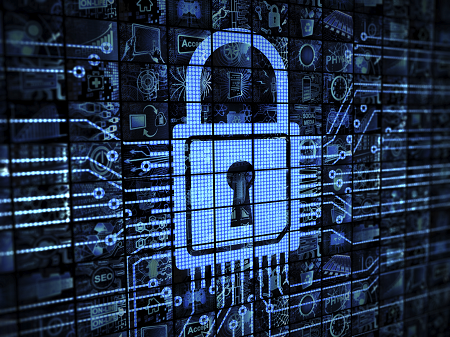 The test involves using the current encryption algorithm, an elliptic-curve key-exchange, which is used in Google's desktop Chrome browsers and a second, and experimental, post-quantum key-exchange algorithm.

"Alternatively, if the post-quantum algorithm turns out to be secure then it'll protect the connection even against a future quantum computer," Braithwaite said.

Google's D-Wave computer can combine the benefits of digital and analog systems for quantum computing. The digital approach provides robust error correction, however it requires custom algorithms, whereas the analog method can be generalized and deal with various algorithms in an easier fashion. But analog quantum computing is limited by errors accumulating in the system and other factors.

Google is calling its quantum security experiment Chrome Canary. Users curious to know whether it's in use in their browser can check the Chrome menu and go to "developer tools." On the left-hand side, under "Main Origin," users can click on the developers.google.com link. Then, on the right-hand side in the box marked "Connection," users should find the word "Key Exchange" and see if it says "CECPQ1." The CECPQ1 indicates that Google domain is conducting the test.

However, Google notes that not all of its domains have enabled the experiment, and that even those that have done so may experience a fading in and out of the experiment if issues are found.

"Our aims with this experiment are to highlight an area of research that Google believes to be important and to gain real-world experience with the larger data structures that post-quantum algorithms will likely require," Braithwaite said.

I am having problems with this label of Post-Quantum.  Quantum computing is not yet upon us, assuming it would arrive.  All of the possibilities provided Quantum computing, benefits or otherwise, including Google's current efforts, are yet to be realized.  Calling for a post quantum era is unnecessarily and misleading for this article.  A plain Quantum Cryptography title would suffice plenty.
Reply  |  Post Message  |  Messages List  |  Start a Board
InformationWeek Is Getting an Upgrade!