Intel Could Shed Security Division Based On McAfee - InformationWeek

In a move to refocus its efforts, the chip giant is reportedly planning to sell its Intel Security unit that was based on its acquisition of antivirus software operation McAfee nearly six years ago.

Intel reportedly is talking to investment banks about selling its Intel Security Group, which was formerly known as McAfee, a security software titan it acquired nearly six years ago and then later rebranded under its current name.

According to a Financial Times report, Intel is talking with bankers about the prospect of selling its security group, a move that could potentially come without the chip giant ever executing on its original plan when it acquired McAfee. Intel, at the time, had planned to bake McAfee's security technology into its chips, but that has yet to happen.

When the Intel and McAfee deal was first announced in 2010, there was skepticism over the potential benefits that the $7.68 billion deal would bring. One line of questioning, for example, raised the issue that security needs to be tightly linked to the operating system, more so than hardware like chips, to operate effectively.

"Intel's acquisition of McAfee showed the height of Intel's stupidity," Trip Chowdhry, an analyst with Global Equities Research, told InformationWeek. "It should have never acquired McAfee. There were no synergies." 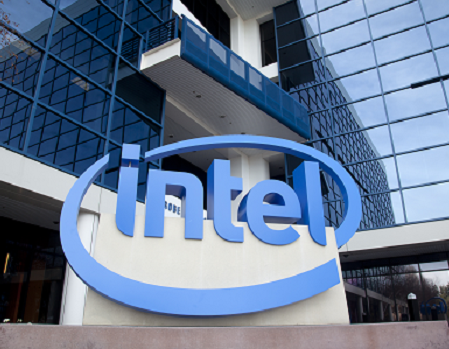 Intel, faced with a decline in its core market of selling chips for the PC market, is aiming to ramp up its focus around cloud computing chips. But, should Intel ultimately sell its Intel Security Group, the sale is unlikely to help it refocus more of its attention on the cloud. That outcome is one of the reasons the company initiated a restructuring that will lead to 12,000 jobs getting cut.

Although Intel did not maximize the potential of its McAfee acquisition, that apparently did not hold back its Intel Security Group from posting revenue growth. During the first quarter, this group posted revenue of $537 million, up 12% from a year ago, according to Intel's earnings release.

That growth rate was greater than Intel's overall first quarter performance of $13.7 billion in revenue, up 7% from a year earlier. But the Intel Security Group only accounts for a small portion of Intel's overall business.

Intel Security Group, however, did not fare as well in 2015, when its $1.75 billion in revenue for the entire year dropped 4.1% below that of the previous year, according to a Gartner report emailed to InformationWeek that examined security software worldwide in 2015.

Intel's Security Group held 7.9% of the global marketshare, according to Gartner. But it noted that 75% of that group's revenue comes from the consumer and endpoint protection platform (EPP) segments, which taken together declined 4.4% in 2015. However, its presence in the security information and event management (SIEM) and data loss prevention (DLP) markets grew strongly, with SIEM growing 28% to $135 million in revenue in 2015 and DLP rising 38% to $74 million.

"Intel's presence in the SIEM market is a strong pivot from which it can look to capture detection and response spending from security buyers," Gartner stated in its report.

If Intel decides to unload its security unit, it would come at a time when the interest in cyber-security firms is high. In June, Symantec announced plans to acquire Blue Coat security software for $4.65 billion, while Vista Equity Partners said it would acquire Ping Identity.

"There will be many buyers for McAfee. The PE (private equity) funds will buy the company and then lose their money. McAfee can't cut its way to profitability," Chowdhry said in reference to cutting its expenses like employees, in order to become profitable.

Dawn Kawamoto is an Associate Editor for Dark Reading, where she covers cybersecurity news and trends. She is an award-winning journalist who has written and edited technology, management, leadership, career, finance, and innovation stories for such publications as CNET's ... View Full Bio
We welcome your comments on this topic on our social media channels, or [contact us directly] with questions about the site.
Comment  |
Email This  |
Print  |
RSS
More Insights
Webcasts
The Experts Guide to Ransomware Response
Multi-Cloud Data Management for Modern Applications
More Webcasts
White Papers
Tech Insights: SASE's Pandemic Boost Likely to Stick
Sunburst: Impact and Timeline
More White Papers
Reports
Cloud Misconfiguration Mayhem
Are Unprotected Cloud Databases Leaking Your Data?
More Reports