Facebook founder Mark Zuckerberg may be like a lot of us internet users when it comes to online security -- too lazy to create unique passwords for each account. The result is that his LinkedIn and other social media accounts were hacked over the weekend.

Over the weekend, hackers briefly infiltrated several social media accounts, including a LinkedIn account, held by Facebook founder Mark Zuckerberg, apparently tapping into passwords that he reused, according to various reports. 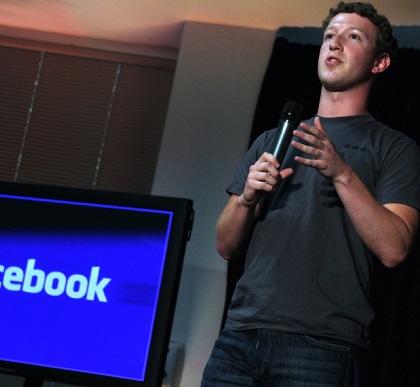 In the case of the Zuckerberg hack, OurMine's reference is to the LinkedIn database that was breached in 2012. The scope of the breach came back into the news in May of this year, when hackers announced that they were willing to sell information related to the 117 million accounts that were compromised.

If that's all true, then Zuckerberg also used his LinkedIn password for the Twitter and Pintrest accounts that OurMine claimed to have compromised during this past weekend.

Security experts repeatedly warn against reusing passwords on other websites, stressing that the practice creates something like a master key that can unlock a number of doors.

[Read how Facebook is using AI to understand text.]

"If a user registers the same passwords on multiple sites, then the problem is magnified far beyond LinkedIn," Morey Haber, vice president of technology at BeyondTrust, told InformationWeek in a previous interview.

Singer Katy Perry had her Twitter account compromised last week by a hacker who spewed racial slurs, according to The Verge, and over the weekend Keith Richards Twitter was hacked, as well as Tenacious D and Bon Iver, according to a Billboard report.

In the case of Tenacious D, hackers used that Twitter account to falsely announce the death of Jack Black, while Bon Iver's Twitter was used to spread false cancer rumors regarding the musician, according to Billboard.

Dawn Kawamoto is an Associate Editor for Dark Reading, where she covers cybersecurity news and trends. She is an award-winning journalist who has written and edited technology, management, leadership, career, finance, and innovation stories for such publications as CNET's ... View Full Bio
We welcome your comments on this topic on our social media channels, or [contact us directly] with questions about the site.
Comment  |
Email This  |
Print  |
RSS
More Insights
Webcasts
The Experts Guide to Ransomware Response
Multi-Cloud Data Management for Modern Applications
More Webcasts
White Papers
Tech Insights: SASE's Pandemic Boost Likely to Stick
Sunburst: Impact and Timeline
More White Papers
Reports
Cloud Misconfiguration Mayhem
Are Unprotected Cloud Databases Leaking Your Data?
More Reports