US Senators Feinstein and Burr are preparing legislation that would punish tech companies that refuse to cooperate with investigators, Reuters reports. French lawmakers recently backed a similar mandate that goes one step further by threatening jail time for execs who don't cooperate with law enforcement.

US senators are preparing legislation that would subject technology companies to a fine if they refuse to comply with court orders to help investigators access encrypted data. Reuters reported on the legislation March 9, citing sources familiar with the ongoing discussions.

Senators Richard Burr (R-NC) and Dianne Feinstein (D-CA), chairman and vice chairman, respectively, of the Senate Committee on Intelligence, may introduce the legislation as soon as next week, according to Reuters. The effort follows the initial approval of similar legislation in France, which cleared the lower chamber of Parliament with a vote of 474 to 32 on March 8.

The US legislation move comes as Apple and the FBI have roused a very public debate over Apple's refusal to unlock the iPhone of one of the San Bernardino, Calif., terrorists. The debate also involves questions as to whether Apple should be required to create software that would behave as a so-called backdoor into locked phones for future investigations.

The US legislation will not seek criminal penalties, according to Reuters. French lawmakers, on the other hand, have backed a plan that could include jail time for technology executives who refuse to provide law enforcement with access to encrypted data during a terrorist investigation.

"An amendment providing the new power was submitted by the opposition party The Republicans and, while the government hasn't officially supported the measure, it was included in Justice Minister Jean-Jacques Urvoas's bill to overhaul legal procedures and fight organized crime in the wake of the Nov. 13 terrorist attacks that killed 130 people in Paris," Bloomberg Business reported March 8.

After National Security Agency (NSA) contractor Edward Snowden blew the whistle on US surveillance tactics, the White House shied away from proposing legislation that would force technology companies to cooperate with investigations, Reuters noted. But with the terrorist acts in San Bernardino and Paris, the "issue found renewed life." 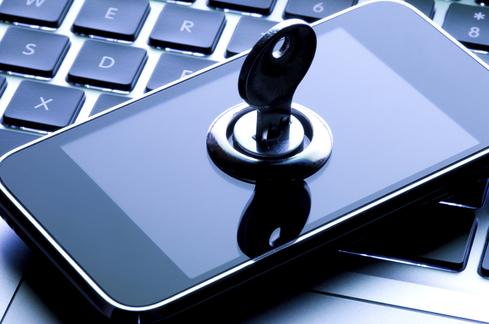 In February, Apple enjoyed a brief victory when a Brooklyn judge ruled that Apple didn't need to comply with a government demand that it unlock the iPhone of a suspected New York drug dealer. However, in light of the more prominent court order in California to unlock the iPhone of one of the San Bernardino terrorists, the US Justice Department appealed the Brooklyn ruling March 7.

On March 1, Apple participated in a House Judiciary Committee hearing on the matter of encryption, and in the growing friction between law enforcement and the technology community.

Committee Chairman Bob Goodlatte, in his opening statement that morning, succinctly summed up the challenge: "We must answer this question. How do we deploy ever stronger, more effective encryption without unduly preventing lawful access to communications of criminals and terrorists intent on doing us harm? This now seems like a perennial question that has challenged us for years."

Michelle Maisto is a writer, a reader, a plotter, a cook, and a thinker whose career has revolved around food and technology. She has been, among other things, the editor-in-chief of Mobile Enterprise Magazine, a reporter on consumer mobile products and wireless networks for ... View Full Bio
We welcome your comments on this topic on our social media channels, or [contact us directly] with questions about the site.
Comment  |
Email This  |
Print  |
RSS
More Insights
Webcasts
The Experts Guide to Ransomware Response
Multi-Cloud Data Management for Modern Applications
More Webcasts
White Papers
Intelligent Outcomes Are Key to Business Resilience
The InformationWeek 2021 State of ITOps and SecOps Report
More White Papers
Reports
2021 Application Security Statistics Report Vol.2
Trustwave Global Security Report
More Reports

In Louis Sachar's absurdist children's book Wayside School Is Falling Down, one of the children -- who doesn't want to obey the rules -- is taken aside and asked by a mysterious figure if he'd rather be safe or rather be free.  He chooses free.  From that day forward in the book, to the envy of his classmates, he never has to follow another school rule again and doesn't have to pay attention in class.

"We must answer this question. How do we deploy ever stronger, more effective encryption without unduly preventing lawful access to communications of criminals and terrorists intent on doing us harm?"

Well, clearly by changing the law to define what is "lawful access."

Lessons I've Learned From My Career in Technology Guest Commentary, Guest Commentary,  5/4/2021
White Papers
The Path to Successful Hyperautomation Starts With the Help Desk
Are We Cyber-Resilient? The Key Question Every Organization Must Answer
A Decade of Passive DNS
Cisco Secure Email
The InformationWeek 2021 State of ITOps and SecOps Report