Softbank, one of the largest mobile service providers, has reached past several layers of the supply chain to buy ARM, which designs the processors inside most of the mobile devices using its networks worldwide. The deal has the power to show us what true market disruption looks like.

At a time when the word "disruptive" is used every time a smartphone gets a new case color, the purchase of British tech firm ARM Holdings by Softbank Group for roughly $32 billion has the power to show us what true market disruption looks like.

Softbank, one of the largest mobile service providers, has reached past several layers of the supply chain to buy ARM, which designs the processors inside most of the mobile devices using its networks worldwide.

The deal could give new power to Sprint (also owned by Softbank) in negotiations with mobile device manufacturers, essentially applying pressure from both sides of the supply chain. Since ARM is so far up the chain, the results are unlikely to be confined solely to Sprint. A disruption in the cost structure of mobile devices could easily affect every carrier and virtually every device manufacturer worldwide.

[What does Softbank-ARM deal mean for the internet of things? Read Softbank Buying ARM for $32 Billion Article.]

Roger Sheng, a research director for semiconductors at Gartner, told The Wall Street Journal that ARM could immediately begin increasing the royalty payments on its designs -- royalties that have traditionally been very low on a per-unit basis. At a time when device manufacturers and mobile network providers alike are looking for ways to convince feature phone users around the world to upgrade to smartphones, a boost in processor payments could put a serious crimp in the plans. The effects could cascade to banking, financial services, and social networks around the globe. 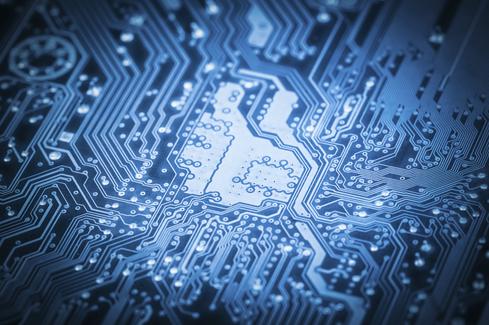 On a strategic level, the ARM purchase represents a shift away from internet access and content to mobile infrastructure. Does this means Softbank's chairman Mashayosi Son sees weakness in the network and content side? Or does he simply want to broaden the company's portfolio?

One thing is certain. Son is known for taking "big swings" in strategic directions, and the $32 billion price tag for ARM represents a very big swing.

The deal also represents a statement of support for technical design and manufacturing in England, an interpretation the British government has leapt upon in the wake of uncertainty after the Brexit vote. The Softbank ARM announcement comes only weeks after Premier Farnell, manufacturer of the Raspberry Pi, was bought by a Swiss electronics firm.

Son and British Prime Minister Theresa May reportedly spoke prior to the ARM deal. Son committed to keeping ARM headquarters in England, and to increasing the size of the ARM workforce in the country.

Perhaps the biggest surprise about the sale of ARM is the fact that Intel is not the buyer. The chip manufacturing giant had long been rumored as a potential buyer for ARM, which has chip designs that have replaced Intel's in millions of smartphones and tablets around the world.

If history is any guide, though, Son has not made the final deal of this sequence. If he is taking Softbank in a new direction, the ARM purchase is likely only the first step.

Curtis Franklin Jr. is Senior Analyst at Omdia, focusing on enterprise security management. Curtis has been writing about technologies and products in computing and networking since the early 1980s. He has been on staff and contributed to technology-industry publications ... View Full Bio
We welcome your comments on this topic on our social media channels, or [contact us directly] with questions about the site.
Comment  |
Email This  |
Print  |
RSS
More Insights
Webcasts
Monitoring Critical Cloud Workloads
Multi-Cloud Data Management for Modern Applications
More Webcasts
White Papers
Guide to Enabling 5G Deployments
Ransomware Security Breach Summary: Food Production
More White Papers
Reports
Gartner's Top 9 Security Trends in 2020
[Report] 2021 State of IT & SecOps
More Reports