Attracting top tech talent can be a challenge, especially at a time when competition is fierce for a limited supply of qualified applicants. Here are five tactics that can be effective. 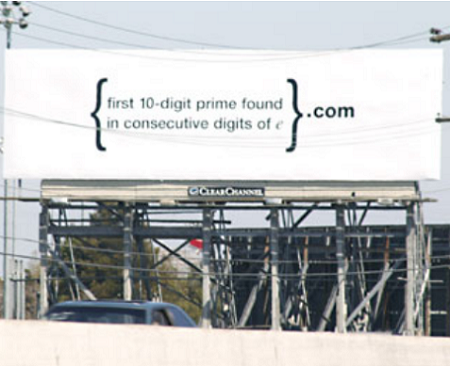 The FBI has had trouble recruiting the kind of technical talent it needs to compete with cyber-criminals. So the agency is trying to be more "cool," according to The Washington Post. But its hiring rules, which disqualify applicants who have used marijuana within three years of their employment application, have apparently limited the agency's appeal among hackers.

Other organizations may not choose to be so discerning in their IT recruiting, but even less selective firms can find it difficult to attract candidates with advanced technical skills. According to Robert Half, a survey of 2,500 CIOs from 25 major US markets about hiring plans for the second half of 2016 found that 61% respondents say it is somewhat or very challenging to find the skilled professionals they seek.

To bring in the best people, try taking a page from this corporate recruiting classic: Roald Dahl's Charlie and the Chocolate Factory (1964). For those not familiar with the tale, candy magnate Willy Wonka arranges to have five golden tickets offering access to his chocolate factory hidden among the multitude of Wonka chocolate bars distributed throughout England.

This undoubtedly profitable marketing gimmick turns out to be an elaborate executive hiring interview by which Wonka will find his replacement, the virtuous Charlie Bucket, among a number of less worthy candidates.

While turning corporate control over to a minor, however well-mannered, may not be a viable path for most organizations, the book nonetheless demonstrates that rare talent can be had with enough creativity. Bletchley Park, the UK's codebreaking organization during World War II, demonstrated that in 1941 when it used a crossword puzzle contest in The Daily Telegraph to find people adept at cracking codes.

Such tactics have become commonplace for recruiting. Google in 2004 paid for a billboard with a math challenge aimed at "engineers who are geeky enough to be annoyed at the very existence of a math problem they haven't solved, and smart enough to rectify the situation." Later that year, the company published its "Google Labs Aptitude Test," with the suggestion that completing the test might lead to a "really cool job."

What follows are some of recruiting strategies that could work for your organization.

Thomas Claburn has been writing about business and technology since 1996, for publications such as New Architect, PC Computing, InformationWeek, Salon, Wired, and Ziff Davis Smart Business. Before that, he worked in film and television, having earned a not particularly useful ... View Full Bio
We welcome your comments on this topic on our social media channels, or [contact us directly] with questions about the site.
Comment  |
Email This  |
Print  |
RSS
More Insights
Webcasts
Optimizing Your Cloud Backups Virtual Event 11/11
Getting SASE: What Every Enterprise Should Know
More Webcasts
White Papers
Forrester's Planning for Failure: How to Survive a Breach
SUNBURST: Mapping Malicious Activity Using Farsight Historical Passive DNS
More White Papers
Reports
2021 Data Breach Investigations Report (DBIR)
Defending Against Critical Threats
More Reports
Copyright © 2021 UBM Electronics, A UBM company, All rights reserved. Privacy Policy | Terms of Service