More than 64,000 tech workers can look forward to token compensation for claims that major tech vendors conspired to suppress employee pay by agreeing not to recruit workers from one another.

Adobe, Apple, Google, and Intel have agreed to settle claims that the companies conspired in violation of antitrust laws to suppress employee pay by agreeing not to recruit workers from one another.

The settlement was announced by Kelly M. Dermody, an attorney with Lieff Cabraser Heimann & Bernstein, the firm representing approximately 64,600 employees affected by the no-hire agreements made between the companies.

"This is an excellent resolution of the case that will benefit class members," said Dermody in a statement. "We look forward to presenting it to the Court and making the terms available."

The terms of the settlement remain confidential until the law firm files its settlement documents with the court next month. Three other companies accused of participating in the conspiracy, Pixar, Lucasfilm, and Intuit, made settlement proposals last year. Pixar and Lucasfilm agreed to pay $9 million between them and Intuit agreed to pay $11 million. These proposals also await judicial review and approval. 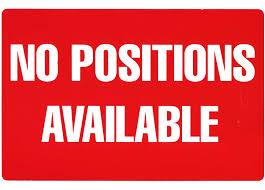 By settling the case, the companies put an end to the hearings that had already exposed embarrassing internal communications and could have led to further unwanted revelations. Earlier this month, the attorneys representing Adobe, Apple, Google, and Intel opposed a motion by the opposition to introduce messages from Apple co-founder Steve Jobs as evidence, an effort they dismissed as an improper attempt to "cast Mr. Jobs in a bad light."

The companies also walk away paying far less than their potential liability, which could have been as much as $9 billion. According to Reuters, the four companies have agreed to pay $324 million. Assuming that's accurate and that the law firm will collect a third of that -- about $113.5 million, with the $20 million Pixar, Lucasfilm, and Intuit added into the total -- the 64,600 aggrieved employees can look forward to about $3,500 each on average. That's a pittance in an employment environment where executives like Yahoo's ousted COO Henrique De Castro can collect $58 million for 15 months of work.

Dan Eaton, a partner at Seltzer Caplan McMahon Vitek in San Diego and an instructor in the management department of the San Diego State University College of Business Administration, said in a phone interview that it wasn't just the defendants who faced risk here. The plaintiffs did too, he said, noting they could have left empty-handed had they lost at trial.

"To reach a settlement, both sides have to believe it's in their mutual best interest," he said.

In 2010, the Justice Department announced settlements with Adobe, Apple, Google, Intel, Intuit, and Pixar that prevent the companies for entering into no-hiring agreements for five years. No monetary damages were imposed.

Last month, Pando Daily reported that dozens of other companies had also made pacts that limited recruiting, including IBM, Microsoft, and Oracle. A Justice Department spokesperson declined to comment about whether the agency is investigating the other companies said to have participated in such agreements.

The Justice Department and the California State Attorney General have been pursuing a related antitrust case against eBay.

"The message that is sent is that companies cannot place obstacles in the way of employees transferring among competitors without there being some level of legal risk," Eaton said.

Thomas Claburn has been writing about business and technology since 1996, for publications such as New Architect, PC Computing, InformationWeek, Salon, Wired, and Ziff Davis Smart Business. Before that, he worked in film and television, having earned a not particularly useful ... View Full Bio
We welcome your comments on this topic on our social media channels, or [contact us directly] with questions about the site.
Comment  |
Email This  |
Print  |
RSS
More Insights
Webcasts
Building the SOC of the Future: Next-Generation Security Operations
ROI and Beyond for the Cloud
More Webcasts
White Papers
How to Prioritize Risk Across the Cyberattack Surface
Managing OTT Content Distribution in the Connected World
More White Papers
Reports
2020 Threat Hunting Report
Building an Effective Cybersecurity Incident Response Team
More Reports

Being one the commentators part of the class action, I was wonder if there are any news about the terms of the settlement. Hopefully is more than 4K
Reply  |  Post Message  |  Messages List  |  Start a Board

Yeah, I'm aware that I could opt-out of the settlement which would entitle me to seek my own counsel, sue, etc. The problem there, is, and I'm just being blatantly honest here, I am not someone that was "directly" effected. In other words, it's not like I have any proof I can provide showing that I applied for a job at Google or Apple or ??? during this time period. In that regard, I need the power of the class to make a case. On my own, I doubt I would get very far. Not to mention, at this particular time, I am not equipped to launch a defense of my own; pay my own legal fees, etc. Given what I already said RE: the individual case I could make, I doubt any lawyer would take my case pro bono. I suppose I could ask around a bit before the details of the settlement are disclosed and I have to sign any paperwork.

RE: the punitive nature of class action suits...again, that is what I find so ironic about this settlement. In the end, the companies involved won't remotely feel the sting from this. That really sucks = justice.
Reply  |  Post Message  |  Messages List  |  Start a Board

This is basically the end result with all class-action suits.  They are meant only to be punitive to the companies, not to provide any meaningful relief to the people in the class.  The only winners are the lawyers, and they win big. The bigger the class (64k is pretty big), the bigger the winnings for the law firms.  I haven't seen the paperwork, but I'd bet they get around 40% of the $320m or whatever the total amount is - you can't divide the stated amount by the number of people in the class.  Also, for such a large amount, it would easily pay the companies to appeal which would drag it out for several more years.
Reply  |  Post Message  |  Messages List  |  Start a Board

It really is a slap on the wrist. Imagine for a moment the penalty an employee would pay for conspiring with other employees at other companies to be less productive. You could be sued for theft of resources or fraud and perhaps serve time.
Reply  |  Post Message  |  Messages List  |  Start a Board

> If you win, you'll get much more than you would have in the class-action suit.

Of course you have to weigh the potential cost of going it alone. Maybe you get a lawyer to take on contingency, but it's more trouble.
Reply  |  Post Message  |  Messages List  |  Start a Board

But you've got to be happy for the lawyers - I'm sure they each get the same amount.

You DO know that you can opt out of the class-action and just sue them on your own, right? If you win, you'll get much more than you would have in the class-action suit.
Reply  |  Post Message  |  Messages List  |  Start a Board

As one of the 64,000 Class Members of this suit, I must that I am EXTREMELY disappointed with the settlement that was reached. Granted, the details have not been made available yet, but, assuming the $324M number is accurate, I consider this is an absolute pittance. Don't get me wrong, I am not so well off that I would turn down ~$4k if someone handed it to me, which seems to be what I can expect as my portion of the settlement. But, given the damages that were being discussed were this to go to trial, they settled for pennies on the dollar. At the end of the day, the whole point of this case was to try and impress on these companies that the hiring practices they employed are unacceptable. A $324M fine, spread across approx half a dozen extremely successful companies flush with billions of dollars in cash, doesn't even amount to a slap on the wrist. It's not even a wiggle of the pinky. Granted, even a $9B fine would have barely been felt either, but it surely would have delivered a stronger message. I know...right there in "settlement" is the word "settle". Clearly, that is what happened here. We settled. Personally, I would have preferred we push forward and take this to trial. Yes, it would have taken years for a trial, there would be no guarantee of a win, and even if we did win, there would most likely be multiple appeals. Of course, there also would be the possibility that if the case had started looking really bad for the defense, they could have arrived at a settlement mid-trial; one that would have certainly been better than this one. Bottom line, at least we, as Class Members, would have had the opportunity to reach a judgement that might have some actual impact on our lives. Yes, it would be a risk...but potentially a risk worth taking. Had we ended up losing, I could've lived with that. To just give in like "they" did, feels like they are taking an ounce of peanut butter and spreading it over 100 loaves of bread. Then, I'm supposed to it and say, "oh yeah, this is a yummy sandwich". You know what, keep it, I'm not hungry. If you come back with Filet Mignon, let me know.
Reply  |  Post Message  |  Messages List  |  Start a Board
Editors' Choice
Hot Topics

10 IT Trends to Watch for in 2021 Cynthia Harvey, Freelance Journalist, InformationWeek,  12/22/2020
White Papers
How to Prioritize Risk Across the Cyberattack Surface
Passwordless: The Future of Authentication
Passwordless: The Future of Authentication
Cloud Connectivity -- Your Guide to the Network
Universal Internet Connectivity: Reality or Myth?