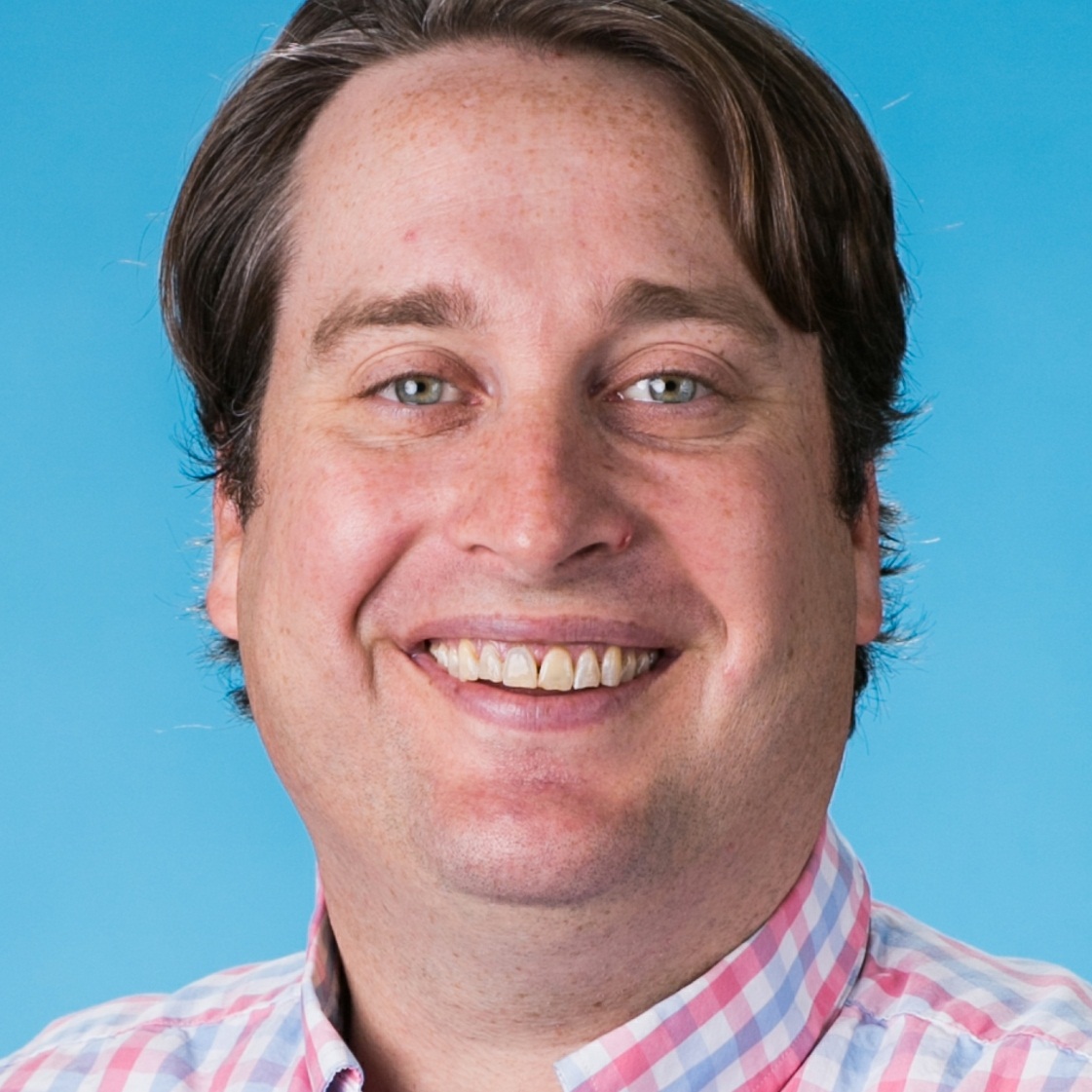 Feverish tech activity is exciting and in many ways similar to 15 years ago. We aren't at dot-bomb levels of hysteria, but there's one big problem that may threaten growth.

Venture capital funding is at its highest level since 1999. Tech IPOs, mergers, and acquisitions are on the rise. Bidding wars are breaking out for top talent. Could we be floating into another tech bubble?

No -- or, at least, not yet. I don't see the frenzied pace of funding, startups, and public offerings evident during the infamous dot-com bubble. But things are getting frothier, and one area does worry me.

First, let's look at what's different: In 1999, funding was given based on "eyeballs and ideas," with VCs throwing money at vapor. Investors learned their lesson and are now much more deliberate. Startups need more than just an idea; they need proof of profitability and a well-thought-out plan. There are other stark differences between now and then, too, many of them stemming from advances in technology. Open source and cloud have drastically changed the way tech companies do business, and that means launching a product can be vastly less expensive.

This evens the playing field, allowing more entrepreneurs to get ideas off the ground; that helps account for spikes in startup volume. These technologies also allow companies to be more nimble. They can deliver products over the Internet much quicker than before, and they can lease exactly as much cloud space as they need. Fixing glitches is more efficient too, as DevOps is baked in. Flash back to 15 years ago, when technology was expensive and cumbersome. It was arduous to change a product, because people often had to make site visits to implement updates.

[Do you have what it takes to be a true 21st century leader? See 3 Underappreciated IT Leadership Skills.]

Technology has changed the financing process, as well. In 1999, companies would receive $100 million in funding and blow through it in a year. Today, startups do more with less. Instead of investing $2 million, VCs can give $200,000. Heck, you can launch an idea on as little as $60,000 -- an amount that would have covered the cost of one circa-1999 server. Seeking seed funding has emerged as a precursor to VC investment. Once founders get their products to the beta stage, they can go to VC firms. In the past, entrepreneurs had to go straight to VCs, because startup costs were exponentially higher.

And those VC-backed incubators that folded at the collapse of the dot-com bubble? They're now making a comeback. Entrepreneurs with stellar ideas are once again getting the guidance of experts to develop more reliable, marketable products. Venture capitalists have a chance to get to know startup founders better, have a hand in how the company is put together, and make a more informed investment when the startup is ready. 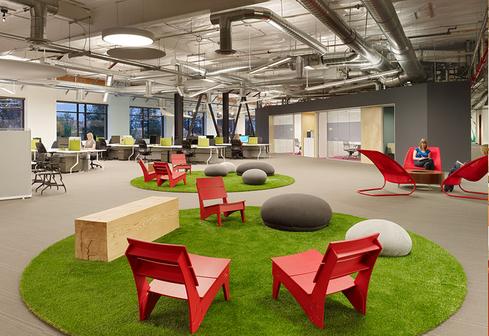 In a nutshell, the tech space of 2014 is like the younger sibling of a wild and crazy adolescent. She watched her big bro get caught up in the dazzle and excitement of the time and make some poor choices. Little sister learned from those mistakes and is careful, practical, and deliberate.

Sure, many companies will still fail in the coming months. Unlike the past, however, when companies tanked because funding dried up or the technology didn't translate to a mass market, today's greatest threat is a dearth of talent. And that's my big worry -- what I see as the pin that could let the air out of today's growth cycle. There just aren't enough good, qualified developers in the United States to help organizations bring their ideas to fruition.

In 1999, companies were hiring any warm body to fill a seat. Today, though organizations feel the squeeze to hire quickly, it is not coming at the expense of properly vetting candidates. That's good news. And of course, some of the demand could be met from overseas. There is a lot of talent wanting to come stateside for work, but the H-1B visa process is still cumbersome. Facebook's Mark Zuckerberg is leading the charge for reform, encouraging the government to ease restrictions. But given the current political climate, I'm not holding my breath for results.

Another solution can be found in condensed developer training programs, which are popping up around the country. Places like Launch Academy and General Assembly offer 10-week courses to teach code to newbie developers. Graduates may have the skills to be strong junior candidates.

Organizations can also lure top talent with an engineer-friendly culture. In 1999, startup offices looked like frat houses, with Xboxes and foosball tables and bunks to crash at the end of a long day. Though games are still a draw, employees have had it with all-nighters. Today's developers don't want to spend 24/7 in the office. A more balanced approach to work can stave off burnout, and the ability to work remotely is attractive. Yahoo's retrenchment reminded developers that this isn't a gimme.

Other ways to attract developers: Foster a work culture that allows them to take advantage of open source technology. Let them share ideas with (and have their code seen by) peers around the world. Give them work time to tinker with their own projects and new technologies, like Google did with its "20% time."

Organizations that foster sharing and creativity by hosting meetups, encouraging collaboration, and supporting individual innovation will attract the best talent. Closed cultures just won't cut it. Even today's office space is open. Instead of boxy cubicles, desirable work environments are designed with common areas for brainstorming, because working together spurs creative thinking.

Hiring the right talent, funding the richest and most proven ideas, and learning from the mistakes of the past will ensure that the next bubble -- when it arrives, and it will -- doesn't burst.

Doug Schade is a Principal Consultant in the Software Technology Search practice of WinterWyman, one of the largest recruitment firms in the Northeast. Doug has deep relationships in the Boston-area VC, startup, and technology communities. Contact him at [email protected] View Full Bio
We welcome your comments on this topic on our social media channels, or [contact us directly] with questions about the site.
Comment  |
Email This  |
Print  |
RSS
More Insights
Webcasts
Making XDR Work in Your Enterprise - May 12
How the Rapid Shift to Remote Work Impacted IT Complexity and Post-Pandemic Security Priorities
More Webcasts
White Papers
Top 5 Tips for Enterprises Choosing a Firewall
The InformationWeek 2021 State of ITOps and SecOps Report
More White Papers
Reports
2021 Application Security Statistics Report Vol.1
Trustwave Global Security Report
More Reports

I'm seeing a lot of the same business models that I saw doing the turn of the millenium dot-com boom, like an explosion of food delivery and food prep services. And in place of WebVan, there are Amazon Fresh trucks and Google Shopping Express cars clogging the streets.
Reply  |  Post Message  |  Messages List  |  Start a Board

I read this a couple of times and couldn't figure out what the "one thing that worries me" was. Seems like this is a lot of little worries, accompanied by mitigating factors. What am I missing?
Reply  |  Post Message  |  Messages List  |  Start a Board
InformationWeek Is Getting an Upgrade!