Expectations for them to deliver game-changing strategies may push chief technology officers to take on new responsibilities and decision-making powers. 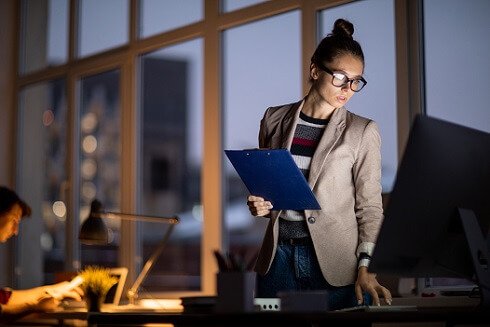 Organizations undergoing transformation may be questioning how leadership roles, particular the CTO, should be defined as they evolve. They might be asked to pick certain responsibilities from other branches of the c-suite, which may or may not include chief digital or chief information officer duties. Further, some companies may feel a need to look externally to bring in outside expertise to shakeup their institutional technology paradigms.

Stakeholders in this space from the CDO Club, Globant, and Camunda offered their perspectives on duties CTOs and others in the c-suite must now take on and where companies might look to fill such positions.

Technology and digital aspects of organizations are increasingly combining with operations, according to David Mathison, CEO of the CDO Club. He says that his organization’s study of the market shows that some two-thirds of chief digital officers were previously presidents, CEOs, executive directors, or managing directors. In a way, Mathison says, taking on a chief digital officer role to lead a transformation effort can be a path back to a CEO position.

“It kind of dispels a myth that the CMO should really be doing this role,” he says. Notions of a chief marketing technology officer taking on such duties fell by the wayside, Mathison says, over the last few years in favor of pulling in digital leaders who also have business acumen. “They’re there to transform the company.”

Over the last six months he has seen an increase in demand for chief digital, chief analytics, and chief data officers though not so much for CTOs. “I think that’s flatlined,” Mathison says. “The organizations that have them, have them. It’s not like there’s suddenly a mandate to improve customer experience or digitally transform the whole company in the CTO role.”

There is a tendency, Mathison says, for organizations to look externally for professional expertise to lead transformation with just 10% to 20% promoting internal candidates to such positions.

Nicolas Avila, Globant’s CTO for North America, has a different take on where CTOs fit in the transformation equation, especially as companies try to accelerate their technology development. “Everything they thought they had time to do -- they are late,” he says. The responsibilities of chief technology officers, Avila says, now go beyond pushing software and frequently include a mandate to digitize.

“CTOs are catalysts for change in the companies they work for.” He sees the responsibilities of CIOs, CTOs, and CDOs being woven more into the operational aspects of businesses. “These people should be the creators of best practices and evangelists to drive this into each business area,” Avila says.

The convergence of operations and tech is expected to continue pick up speed. Daniel Meyer, CTO of Camunda, says he sees more companies from “traditional” industries transforming into software companies, which raises questions about how such organizations can drive internal change. “That is where I see the role of the CTO becoming more important,” he says. This may lead to traditional organizations, such banks, looking to professionals who come from a software background rather than banking to fill CTO roles. Though some companies may feel compelled to look externally for such innovators, Meyer has also seen organizations promote CTOs from within their in-house ranks.

As more and more traditional companies evolve to be software-driven, Meyer says today’s CTOs may be tasked to transform their IT teams into product and engineering teams that develop innovative ideas. “When you become more like a software company, you have to bring the business and IT closer together,” he says. This often means leadership within the c-suite must ensure that business models and digital products are both in line with the organization’s overall attack strategy, Meyer says. “In that dynamic, the role of the CTO becomes much more business minded.”

FTD’s CTO Powell on Transforming and the Next New Normal

Joao-Pierre S. Ruth has spent his career immersed in business and technology journalism first covering local industries in New Jersey, later as the New York editor for Xconomy delving into the city's tech startup community, and then as a freelancer for such outlets as ... View Full Bio
We welcome your comments on this topic on our social media channels, or [contact us directly] with questions about the site.
Comment  |
Email This  |
Print  |
RSS
More Insights
Webcasts
Evolving Security Strategy Without Slowing App Delivery
Securing the Modern Enterprise: Protecting the New Edge
More Webcasts
White Papers
The Defender's Advantage: A Guide to Activating Cyber Defense
Future-ready connectivity primes Pier DC for business growth
More White Papers
ReportsMore Reports

Seeking a Competitive Edge vs. Chasing Savings in the Cloud Joao-Pierre S. Ruth, Senior Writer,  7/19/2021
White Papers
Remediation and Hardening Strategies for Microsoft 365 to Defend Against APT29
Covenant HealthCare: ITSM & Projects Together for a 'Single Pain of Glass'
Cologix Access Marketplace  an Open Exchange Built for Business
State of IT Team Resource Drain
2022 IT Salary Survey