It isn't fair that women have to put in extra effort to succeed in male-dominated STEM fields, but MarkLogic's Sheila Stewart shares four great tips.

The U.S. needs to produce more than one million STEM professionals in the next decade over what it is currently producing if the nation is going to retain its historical preeminence in science and technology, the Obama Administration has said. Recruiting and retaining women in STEM related fields will play a vital role. In fact, recent data indicates women now earn half of all science and engineering bachelor’s degrees. 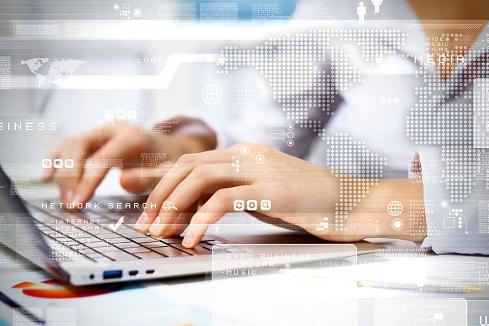 Yet, getting a degree is only part of the puzzle. Building and maintaining a career in an often male-dominated workplace requires a relentless can-do attitude. I know. I’ve often been the only woman at the table or in the room. Throughout my journey, I have found four key pillars invaluable to my career progression.

1. Be Resilient. One of the first times I ever recognized my own resilience and commitment to what I wanted to do occurred in high school. I was enrolled in a highly competitive STEM-focused school. One day, I got the highest score on a pre-calculus test. My teacher said, “It’s not fair. You’re a girl. Girls are not supposed to be good at math.” Rather than duck my head under my desk, I vowed that I would get the highest grade every single time.

I went on to be one of three women in my graduating class at the California Institute of Technology to receive a BS in physics. My father played a big part in encouraging me. He told me that I had to focus on math, science, or engineering because he knew where I excelled and he pushed me to succeed.

I have found that, whether in the classroom or the workplace, people sometimes make negative comments about women’s abilities, or disregard our views. At that point, we have two choices: let those comments in to negatively affect us, or let those comments in and use them to inspire us. The latter is much more effective for us, our co-workers and our companies. It’s not fair that you have to keep trying so hard to prove yourself, but you just have to do it.

Also, I receive and engage in many more positive than negative encounters. In those positive ones, whether someone is male or female is often a non-issue. Focusing more on those encounters, versus the few negative ones, feeds my resiliency.

2. Cultivate Community. Boys and girls perform largely the same in math and science in K-12, data from the National Girls Collaborative Project indicates. A lot of women then show up in college interested in STEM only to later change their majors. What happens? I think as women see fewer and fewer female colleagues and classrooms get to be more and more male, women start to feel like they don’t belong. The same thing happens in the workplace. I’ve often been the only woman on a team or even in an office. That’s why building community with other women in other offices, even other companies, is so valuable. Workers, in fact people in general, do better if they have a community that’s supportive. That community can include both women and men, family, friends and co-workers.

3. Give Back. I’m lucky to be in the position that I am. I had role models and supporters at a young age. Today’s girls need the same. Stereotypes set in when we are young, and that’s where change needs to happen. Increasing the number of women working in science and technology is critical, and so is supporting those women currently in the field. Men have long had rather informal ways of developing mentoring relationships. Women need to do that too, and because there are so few of us, often I am asked to be a mentor, sit on tech panels or to speak. I know I’m sometimes a “token” woman and the event organizers aren’t really committed to real change. But every time I speak, I know some woman, or girl, is probably listening and thinking, “Hey, I could do that, too.”

Being vocal about my abilities and my experiences is a way to break down stereotypes and to give back. Companies also can make a difference. One such example is MarkLogic’s plan to run a multi-week pilot program to give students exposure on how different technologies can help them enter computer science careers. Girls must, and will, be a big part of that. Other companies are engaging in similar efforts.

4. Pursue Diversity in all Ways. It’s not only women who are underrepresented in STEM and IT, so are Hispanics, African Americans, and American Indians. Minority women, for instance, comprise fewer than 10% of employed scientist and engineers, according to recent data from the National Science Foundation. Diversity in the workplace makes the workplace a more friendly and happy place, and that increases productivity. I know it does for me. Encouraging diversity also results in different ideas, which is key to driving innovation. Given the many challenges and opportunities facing our economies and our world, we need input from everyone.

Sheila Stewart is a Senior Sales Engineer for MarkLogic, Inc, focusing on Defense and Intelligence Community customers. She has a BS in Physics from the California Institute of Technology and an MS in Nuclear Engineering and Radiological Sciences from the University of ... View Full Bio
We welcome your comments on this topic on our social media channels, or [contact us directly] with questions about the site.
Comment  |
Email This  |
Print  |
RSS
More Insights
Webcasts
Building Asset Management into Your Enterprise Security Strategy
Data Center Network Operations (NetOps) Reimagined
More Webcasts
White Papers
From MFA to Zero Trust
SANS 2021 Cyber Threat Intelligence Survey
More White Papers
Reports
The State of Endpoint Security
Trustwave Global Security Report
More Reports

"Boys and girls perform largely the same in math and science in K-12".

I have some problems with that particular statement.  Although I have little doubts that boys and girls could have similar capabilities in STEM at the end of K-12 education, it has not been my experience that boys and girls perform the same throughout K-12 education.  Girls, being able to mature faster during the elementary school age, tend to outperform boys in all matters of subject.  Upon middle or junior high school, boys usually manage to catch up in capabilities and perform similarly as girls, and then during high or senior high school, via either nurture, culture or the supposedly inherent ability among boys, move ahead on STEM subjects.

The thing I am trying to stress here is that girls and women ought to be given the opportunities to succeed, but ignoring the existing differentiated conditions upon the sexes posed by either society or culture is not the way to go.  Simply expecting a woman or a man do the same job the same way that used to be in opposite sex domain is not reasonable nor practical.
Reply  |  Post Message  |  Messages List  |  Start a Board
InformationWeek Is Getting an Upgrade!