Gartner: IT Spending Will Hit $3.5 Trillion In 2017 - InformationWeek

At its Symposium/ITxpo show, Gartner released new worldwide IT spending numbers that predict enterprises will spend up to $3.5 trillion on technology in 2017. That's an increase of about 3% over 2016, with much of that money going toward software and services.

5 Reasons The CIO And CFO Should Be Best Friends
(Click image for larger view and slideshow.)

Global IT spending is slated to rise slightly in 2017, with enterprises looking to invest about $3.5 trillion on technology in the next year -- an increase of 2.9% compared to the estimated figure for 2016, according to Gartner, which released its latest forecast on Wednesday at its Symposium/ITxpo show in Orlando.

While the investment increase in not as robust as in past years, it's better than the current state. IT spending is expected to total $3.4 trillion this year, a decrease of about 0.3% between 2015 and 2016. It appears the decision for the UK to leave the EU -- Brexit -- caused IT spending to dip in the second half of the year.

"Without the U.K., global IT spending growth would have been modestly positive at 0.2 percent in 2016, but with the U.K. included, IT spending is expected to decrease 0.3 percent," John-David Lovelock, research vice president at Gartner, wrote in an Oct. 19 statement. "The immediate impact of the British pound will also cause the IT spending patterns to shift as prices for IT will increase." 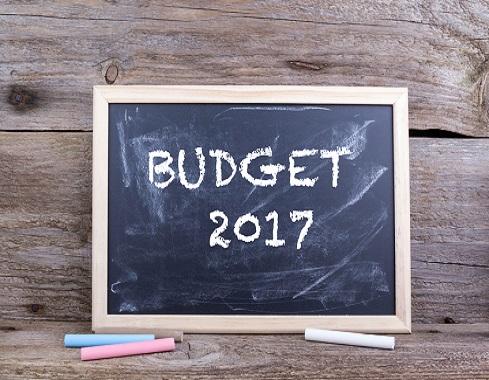 Gartner's analysts found that in the wake of Brexit, one of the reasons that spending on services and software will increase, especially in Europe, is that many countries are looking to take over the dominant position London holds in the world's financial markets.

France, Germany, Luxemburg, the Netherlands, and even Ireland are looking to become the next banker of choice for Western Europe, as well as other parts of the globe. These countries need to increase their IT infrastructure to serve those needs.

Back across the pond, Gartner finds that the US presidential election between Democrat Hillary Clinton and Republican Donald Trump will have little to no effect on IT spending, although companies traditionally tend to slow their spending in the weeks and months leading up to Election Day in November.

In addition to software and services, the Gartner report also looks at three other areas of IT spending: communications services, data center systems, and devices.

The one area that looks flat for 2017 is devices. Spending is only expected to increase 0.4% to reach about $600 billion -- a modest increase, but better than the 7.5% decrease expected this year.

That number shouldn't come as a surprise, since Gartner and IDC have both found that spending on mobile and PCs dropped in 2016, and these markets are expected to increase moderately in the next 12 months.