Google, by publishing data about employee race and gender, signals its willingness to move toward a more balanced workforce.

Bowing to pressure from activists to reveal employee diversity data, Google on Wednesday surprised no one when it said that its workforce consists largely of white men.

What is surprising is that Google now admits its approach to the issue was wrong. "We've always been reluctant to publish numbers about the diversity of our workforce at Google," said Laszlo Bock, senior VP of people operations, in a blog post. "We now realize we were wrong, and that it's time to be candid about the issues. Put simply, Google is not where we want to be when it comes to diversity, and it's hard to address these kinds of challenges if you're not prepared to discuss them openly, and with the facts."

Google said its workforce is 70% male and 30% female. That's significantly more skewed than the national average. In 2012, men represented 53% of the US workforce, and women represented 47%, according to the Bureau of Labor Statistics. 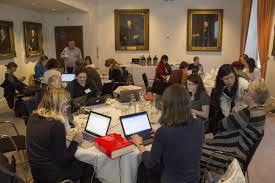 The figures are more unbalanced still when confined to the company's leadership (79% men, 21% women) and technical workers (83% men, 17% women).

Google and other high tech companies have resisted calls to disclose data about race, ethnicity, and gender because of ostensible competitive implications. Critics contend this is just a pretense to avoid revealing the lack of workforce diversity.

The company's change of heart follows a promise in early May to release minority hiring figures after Rev. Jesse Jackson and other activists raised the issue at the company's annual meeting. Jackson previously urged eBay and Hewlett-Packard to do more to promote workforce diversity.

Missing is any mention of the average age of Google's workers. Age discrimination is a widely reported problem in Silicon Valley. Many companies believe that younger workers can be paid less and are more productive than their elders, though there's evidence that older engineers are more knowledgeable. In 2011, the company settled an age discrimination lawsuit brought by Brian Reid, a computer science PhD, who was fired in 2004 at the age of 54 after two years at the company, despite positive performance reviews. A Google spokesperson declined to comment on the issue of age, noting that Bock's remarks focus on race and gender.

In a separate lawsuit related to employee pay, last month the company said it would settle a class action claim brought on behalf of 64,600 employees affected by agreements among seven tech companies to avoid recruiting workers from one another.

Thomas Claburn has been writing about business and technology since 1996, for publications such as New Architect, PC Computing, InformationWeek, Salon, Wired, and Ziff Davis Smart Business. Before that, he worked in film and television, having earned a not particularly useful ... View Full Bio
We welcome your comments on this topic on our social media channels, or [contact us directly] with questions about the site.
Comment  |
Email This  |
Print  |
RSS
More Insights
Webcasts
Strategies for Success with Digital Transformation
ROI and Beyond for the Cloud
More Webcasts
White Papers
5 Steps to Zero Trust in the Data Center
2020 Gartner Market Guide for Network Detection & Response
More White Papers
Reports
The State of Cloud Computing - Fall 2020
Email Security Threat Report 2020
More Reports

Simply put, sexist, racist and ageist.  Google, the ONLY one to do an honest assessment.  They said they await their peers in the industry to do an honest eval, no takers in the months since.
Reply  |  Post Message  |  Messages List  |  Start a Board

It's an interesting point. I personally believe that a diverse workforce comes from a company recognizing that different groups bring different talents to the table. If a company does not recognize this and want to bring these diverse skills and perspectives to their work environment, the discussion is simply lip service.
Reply  |  Post Message  |  Messages List  |  Start a Board

I think it's admirable of Google to publish these numbers and I think striving for a diversity target is a great thing. However, one fact that gets left out of these discussions in regard to certain positions is that unless you create jobs specifically in the name of diversity, you're not going to easily hit targets at employers who have a higher portion of jobs that require specialized skills.

Simply put, this problem exists largely because many Americans either can't and/or are unwilling to take the coursework that would put them on a path to a highly-paid position at Google or somewhere similar. I'm not saying most do this out of laziness -- a large chunk of people just don't have the aptitude to be a successful computer science major. Having said that, if that's the reason for the gap, it doesn't equal a conspiracy either.
Reply  |  Post Message  |  Messages List  |  Start a Board

Just enforce a quota regime on all employers and the "problem" will be solved. What the "activists" and other whiners never admit is that this is exactly what they want. If you are measuring success by comparing against the percentage representation of the various grievance groups in the general population, then you are proposing a de facto hiring quota. To satisfy the whiners, Google needs to create a schedule of different requirements for the various protected groups. Colleges already do this with GPA, SAT, etc... scores required for admission for different ethnic groups. Then everyone will be happy as we sink to mediocrity with the "correct" representation of every grievance group. Paging Harrison Bergeron.
Reply  |  Post Message  |  Messages List  |  Start a Board

as much as they want to promote this the major software companies are guilty of not hiring US CItizens.

This is a way to rewrite the laws protecting Americans citizens EEO, not mass flood immigrant low-wage low-skilled labor.

This law protects American Citizens and companies like Google, Apple, and Microsoft are all guilty of violating.


Of course, the promotion and marketing by them to hire my low wage workers and import them to stay, is not what the law is for!

Protection of American Citizens right to EEO is the ONLY law we have left to fight these corporations from exporting the entire workforce to the worlds cheapest labor.


Microsoft is the biggest violator, with over 70% non American citizens working on campus in Redmond.

I have no problem with immigrants who become citizens and wait in line like my ancestors. Why should these humans be given a free ticket while others have been waiting for twenty YEARS to get into this country! Because they are the lowest bidder on work, driving down the wage and quality of life for the enture community. More mass flood, more profits, lower quality of life each time.


Very negative and anti-American companies they have become.

Chris I realize it was pressure to release that you were talking about. My point was that because of those same activists and the PR issues they can create a company like Google would never admit that they really didn't care if their workforce was diversified as long as the people they had got the job done.
Reply  |  Post Message  |  Messages List  |  Start a Board

@majenkins, Thanks for the response. I would clarify that "Bowing to pressure from activists" refers to Google being pressured to release data on hiring demographics. The article didn't contend that Google is only concerned about the issue of diversity because it's being pressured to do so.
Reply  |  Post Message  |  Messages List  |  Start a Board

For these numbers to change in a meaningful way, effort has to start long before the Google interview process. If a tech company is serious about recruiting more women and minorities, it can work with local universities to develop a talent pool. It can mentor. It can encourage. It can even give scholarships. Can the Googles of the world do more in this regard? That is up to them. I am volunteering with a group of university women in STEM majors and there is no shortage of brain power there, or ambition. Put students in a setting where they are encouraged to stay in STEM programs, and they will thrive -- and become powerful future job candidates, regardless of race or gender.
Reply  |  Post Message  |  Messages List  |  Start a Board

Chris you explained the "Google isn't where they want to be" part with your very first sentence. "Bowing to pressure from activists . . . " . They aren't where they want to be because the activists want them someplace else. How many times have we seen someone express their true feelings and then bow to pressure from activists and apologize later because their true feelings weren't politically correct?
Reply  |  Post Message  |  Messages List  |  Start a Board
Page 1 / 2   >   >>
Editors' Choice
Hot Topics