0%
Tweet
Overall, the USCIS received 233,000 H-1B visa applications this year. The agency will grant 65,000 of them. However, several groups noted that the lack of H-1B visas is limiting the potential for greater global competitiveness in the US.

The US Citizenship and Immigration Services (USCIS) announced this week that had it reached the congressionally mandated H-1B cap for fiscal year 2016. In addition, USCIS reported that it had received more than the limit of 20,000 H-1B petitions filed under the advanced degree exemption, also known as the masters cap.

American businesses use the H-1B program to employ foreign workers in jobs that require highly specialized knowledge in fields such as computer programming, science, and engineering.

In an indication of the limitations of the current program's architecture, the USCIS said it received nearly 233,000 H-1B petitions during the filing period, which began April 1, including petitions filed for the advanced degree exemption.

All together, the USCIS said on Monday, April 13, that it would grant 65,000 H-1B visas as mandated by US law, as well as the 20,000 visas under the advanced degrees exemption.

Furthermore, the USCIS is required to reject and return all unselected petitions with the filing fees, unless the petition is found to be a duplicate filing. 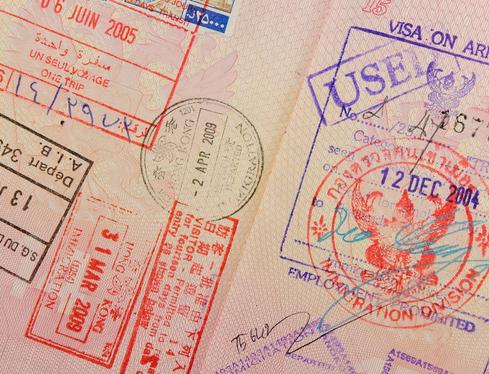 However, the USCIS noted it would continue to accept and process petitions filed to extend the amount of time a current H-1B worker may remain in the US, among other exemptions.

The USCIS introduced myUSCIS earlier this month, which offers prospective immigrants access to free tools, such as applications and other information.

"Our goal is to provide a convenient source for trusted information that you can get anytime, anywhere and on any device," Mariela Melero, associate director of customer service and public engagement, wrote on the agency's official blog.

The overwhelming demand for H1-B visas has alarmed organizations that see the program's caps as a liability for US competitiveness. This is especially hard-felt in the US tech sector that relies on H-1B visa holders to assist with an array of different jobs.

"Year after year, the government falls back on a lottery system to determine which US employers will win the ability to hire top world talent," Lynn Shotwell, executive director of the industry lobby group Council for Global Immigration, told Reuters. "This year, employers had a mere 36 percent chance of being granted an H-1B visa. US economic growth should not be left up to this gamble."

In response to the USCIS's announcement, Compete America, an organization that advocates for reform of US immigration policy for highly educated foreign professionals, released a statement warning that the limited availability of H-1B numbers presents a growing problem for American competitiveness.

[Read about jobs in cognitive computing.]

"[The] announcement means that America's fastest growing industries are once again cut off, for a year and a half, from the scientific and engineering talent they need to continue to grow our economy, create American jobs and ensure they remain highly competitive at the global level," Scott Corley, executive director of Compete America, said in a statement. "Hitting the H-1B cap, which is meant to last all year, in the first seven days proves beyond a doubt that our immigration system needs fundamental reform."

The organization argues that a standardized green card process would not only encourage talented foreigners to remain employed in the US, but also help further alleviate certain pressures on the H-1B system, such as allowing those workers to skip temporary visas altogether.

"Perhaps Congress can afford to wait, but our economy and the American workers who benefit from the jobs created by highly skilled foreign professionals in America cannot," Corley warned.

Nathan Eddy is a freelance writer for InformationWeek. He has written for Popular Mechanics, Sales & Marketing Management Magazine, FierceMarkets, and CRN, among others. In 2012 he made his first documentary film, The Absent Column. He currently lives in Berlin. View Full Bio
We welcome your comments on this topic on our social media channels, or [contact us directly] with questions about the site.
Comment  |
Email This  |
Print  |
RSS
More Insights
Webcasts
Unlocking the Ultimate Source of Truth in Cloud Security--Network Data
Using Artificial Intelligence, Deep Learning and Machine Learning for Cyber Defense
More Webcasts
White Papers
DevOps for the Database
Understand the State of Email Security with the Ultimate Cloud Email Security Expert
More White Papers
Reports
How IT Security Organizations are Attacking the Cybersecurity Problem
Online Threats -- and What Your Org Can Do About Them
More Reports

In my company,entire groups have been replaced with H1B Visas.  There are plenty of Americans who are qualified.
Reply  |  Post Message  |  Messages List  |  Start a Board

Yeah, while I absolutely appreciate that this is a multifaceted topic with lots of nuance, to not represent the other side of the argument at all does seem a little disingenuous. The fact that the cap was exceeded by four times does prove that the system needs work - but I hope nobody is suggesting that we increase the cap by four times, or more, given how quickly it was exceeded. I've heard that some companies shove through many more applicants than they have job openings to try and exploit the lottery system in their favor - since it's random selection by applicant, not by company. There is a lack of talent for many jobs in the US, but the simple point that VFanRJ and Gary_EL make above should not be overlooked. I sincerely doubt that even close to every single one of those 233,000 jobs were thoroughly attempted and failed by those companies to be filled by American workers.

I don't want to lay on the negatives here, but again, I think it's disingenuous of those lobbying bodies (color me shocked) to suggest that every foreign national who graduates from a US school with a master's or a doctorate is going to go on to be a US job creator. It's absolutely true that a strong economy at the top level (STEM) fosters growth at every level, but to have a serious discussion, we need to consider more than just that. If we still have huge gaps in jobs that we had huge gaps in 5-10 years ago, then that means we completely failed to get US students into the right degree programs and into those jobs in that time period. H-1B is meant to supplant solving that problem, not solve it in itself. To end on a positive note, I do think that myUSCIS will be a great resource for those underpriviliged folks who are easily exploited and really need it. That topic is not unrelated here.
Reply  |  Post Message  |  Messages List  |  Start a Board

I so agree with you! The BIG LIE is that there is a shortage of engineers in America. What there is is a shortage of what the personnel types call "virgins". These folks are those just out of college, and have lived and breathed whatever it is that is current since they were old enough to grab a keyboard. Then, the technology changes, and these folks are no longer virgins. Or, there is a recesssion, and mass layoffs. Then, when the sun rises again, the technology has changed and then a whole new crop of the young and hungry are available.

Either way, the former virgins have been busy working 65 hours a week, commuting, and raising young families. The companies they work for were so busy sucking them dry that there was no chance to stay current.

I say don't expand these visas - cut them WAY BACK.
Reply  |  Post Message  |  Messages List  |  Start a Board

There is an error in this article:

"This is especially hard-felt in the US tech sector that relies on H-1B visa holders to assist with an array of different jobs."

"This is especially hard-felt in the US tech sector that doesn't want to pay a living wage to U.S. citizens but instead relies on H-1B visa holders for cheap labor for an array of different jobs."
Reply  |  Post Message  |  Messages List  |  Start a Board
Editors' Choice
Hot Topics