H-1B Visas Tougher To Come By In 2015 - InformationWeek

Demand for new H-1B visas far outpaces supply in the 2015 application cycle. Don't expect that to change in the near future.

If you blinked, you probably missed it.

The 2015 application window for new H-1B visas, which enable foreign nationals to work legally in the US, opened April 1 and closed almost immediately. As expected, US Citizenship and Immigration Services (USCIS) kept the window open for just five business days, the minimum required by law, before announcing it had more applications than necessary to meet the federally mandated cap on new visas issued each year.

With the 2015 application period -- which covers new visas for the upcoming federal fiscal year that begins October 1 -- come and gone, it's time to break down the numbers and related trends for IT workers and employers. The back-of-the-napkin analysis: The numbers are large.

[Get your resume in order. IT Hiring Outlook Is Upbeat, Study Finds.]

"It's exponentially growing," said Scott Fanning, an employment attorney with Fisher & Phillips, in an interview. "Unless the law changes or hiring slows down, it appears the problem is just going to get worse."

Prospective H-1B holders -- and the employers that want to hire them -- now stand barely better than a one-in-three chance of surviving the random lottery that awards the actual visas, which USCIS conducted on April 13. Don't have a master's degree or PhD? The odds are more like one in four. Barring a significant economic downturn -- H-1B applications tend to rise and fall in concert with overall employment and other economic factors -- the odds will continue to grow longer, Fanning predicted, in part because many of this year's unsuccessful applicants will try again in 2016.

"There's no indication it's going to get any better unless the caps increase," Fanning said. That appears unlikely to occur in the foreseeable future. Though he noted interest on both sides of the political aisle in potentially expanding the H-1B program, such a move would likely occur only as part of much broader, bipartisan immigration reform -- something that's not currently on the visible horizon. "All indications are [the current H-1B cap] is likely to stay static." 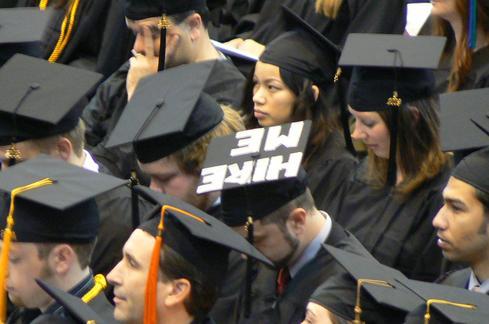 As a result, H-1B employers are considering several strategies for managing the supply-demand issue. These include extending offers to more prospective employees, with the understanding that they're unlikely to all receive visas -- for example, making three offers when the need is really for only one new hire, based on the current numbers. Other firms will apply to extend F-1 student visa-holders in the Optional Professional Training (OPT) program while they're still in the initial 12-month employment period, in part to hedge against a possibly unsuccessful H-1B application. The extension allows for an additional 17 months -- or 29 months total -- of legal employment on the student visa after graduation from a US university. Employers may also consider relocating a desired hire who doesn't obtain an H-1B to another country where they operate an office, such as Canada, before applying again the following year.

The H-1B program tends to produce divisive opinions, from supporters who think the cap should be eliminated to let market forces determine the appropriate number of visas, to opponents who think the program should be abolished altogether. The most recent spike in applications may particularly galvanize those who think the cap should be increased, Fanning said, because of the growing gap between new petitions and available visas. "There's definitely going to be more pressure for change to increase the cap," he said.

While USCIS reports to Congress on various details of the H-1B program, immediate data beyond the number of applications received isn't readily available. Recent US Department of Labor tracking of a different, related application -- the H-1B temporary specialty occupations labor condition program, a prerequisite for potential H-1B employers -- sheds some light on various factors driving H-1B demand, however. It also underscores the word demand: Through the first six months of the federal fiscal year 2015, the Office of Foreign Labor Certification received 376,053 applications. Fanning noted that there is not a one-to-one ratio between this number and actual H-1B applications, but he said it's still a good indicator for H-1B demand. The same office received more than 494,000 applications in FY 2014.

While individual employers can and do apply for H-1B visas on behalf of prospective in-house employees, the DOL data points out who's really driving demand: consulting firms, most of which will later assign H-1B workers to client sites around the country.

"They're all consulting firms," Fanning said of the top employers. In FY 2015, Deloitte Consulting alone has already certified more than 70,000 worker positions as part of the labor condition program. It's joined in the top 10 by names like Wipro, Tata, Cognizant, and Infosys. "Part of it is just the economies of scale. H-1Bs are costly to file, and a lot of companies are outsourcing this ... The trend is still there."

The DOL data also underscores why the H-1B program, even though it covers a wide range of so-called specialty occupations, is virtually synonymous with IT. The top five occupations are all tech-related, with "computer systems analyst" in first place. Moreover, they account for a whopping 73% of labor condition applications during the first half of the current fiscal year.

Kevin Casey is a writer based in North Carolina who writes about technology for small and mid-size businesses. View Full Bio
We welcome your comments on this topic on our social media channels, or [contact us directly] with questions about the site.
Comment  |
Email This  |
Print  |
RSS
More Insights
Webcasts
Take DevOps to the Next Level
How the Rapid Shift to Remote Work Impacted IT Complexity and Post-Pandemic Security Priorities
More Webcasts
White Papers
2020 SANS Enterprise Cloud Incident Response Survey
The Top 5 Mistakes Everyone is Making in Vulnerability Remediation
More White Papers
Reports
2021 Application Security Statistics Report Vol.2
The State of Endpoint Security
More Reports