How To Retain Top IT Talent - InformationWeek

If your organization can't move beyond traditional work hours, it may have trouble keeping valuable tech employees happy. Here's what IT leaders need to know.

11 Ways IT Professionals Can Make Sense Of IoT Data
(Click image for larger view and slideshow.)

The cost of tech talent is expected to rise next year, making talent retention even more of an issue for IT organizations than it is already.

According to staffing firm Robert Half International, starting salaries in the technology sector will increase 3.8% in 2017 over 2016, a sign that demand for tech talent is growing.

IT leaders are already fretting about the lack of skilled technology professionals. According to the 2016 Harvey Nash/KPMG CIO Survey released in May, 89% of CIOs surveyed said they are concerned about talent retention and 65% said "lack of talent will prevent them from keeping up with the pace of change," a 10% increase from 2015. The survey received 3,400 responses from CIOs and technology leaders across 82 countries.

These concerns appear unlikely to go away over the next few years. Jobs for software developers, for example, are expected to increase by 17% from 2014 to 2024, according to the Bureau of Labor Statistics. That's faster than the average for all occupations. The situation for data scientists and network security engineers is similar.

IT leaders thus have reason to focus on retaining the technical talent they have. But doing so isn't necessarily easy, particularly if managers have not supported the advancement and growth of employees. Managerial inattention can magnify worker dissatisfaction and encourage the exploration of other employment opportunities. 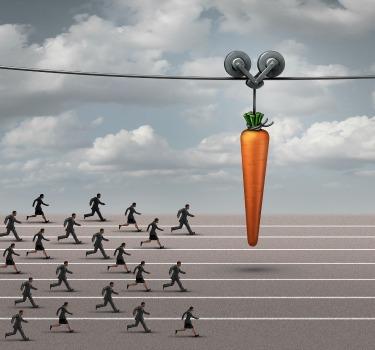 In a phone interview, John Reed, senior executive director for Robert Half Technology, said the tech talent shortage is real, but primarily in certain speciality areas. "If you happen to be looking for someone in web development or cybersecurity or mobility or cloud computing, you're going to be very challenged to find qualified people available for the role," he said.

Reed said while the technology sector remains one of the brightest stars of employment, it may dim a bit. "We're on a six-year run," he said. "At some point, you have to have some normalization. You have to have the market coming back to an average level of compensation growth. It's not a pace that's sustainable."

Even if we're due for less vigorous growth, as companies which invested in projects following the 2008-2009 downturn move into maintenance mode, organizations still don't want to lose valuable employees.

"What we always recommend is your recruiting efforts should start with your existing staff," said Reed. "Your retention is paramount."

Companies, said Reed, too often focus on what they need and ignore the nurturing and care of their own people. "While they bring one person in the front door, someone else goes out the back," he said.

To retain employees, Reed suggested companies focus on basics such as keeping compensation competitive, ensuring workers have a clear career path, and providing the tools and training to help them advance their skills.

"Beyond that, organizations are continuing to be really creative and flexible with their staff," said Reed. "So you're seeing more and more instances of schedule flexibility."

Offering the ability to work from home or outside of normal business hours has become a common way to win favor with employees, said Reed, noting that it's not something every company can offer. He also said companies are doing more to recognize workers for accomplishments through reward programs.

Communication is paramount. Reed said his firm does a lot of employee surveys to understand what employees are thinking. "People want to know what's happening," he said. "They want communication. If you don't communicate with them, they may make it up."

Smaller companies often have an easier time implementing changes such as flexible work hours, said Reed, but organizations of all sizes need to be creative within the boundaries that constrain them.

"You have to be open to changes [in what employees expect] or you become a recruiting source for other companies," said Reed.

Thomas Claburn has been writing about business and technology since 1996, for publications such as New Architect, PC Computing, InformationWeek, Salon, Wired, and Ziff Davis Smart Business. Before that, he worked in film and television, having earned a not particularly useful ... View Full Bio
We welcome your comments on this topic on our social media channels, or [contact us directly] with questions about the site.
Comment  |
Email This  |
Print  |
RSS
More Insights
Webcasts
Building Asset Management into Your Enterprise Security Strategy
Take DevOps to the Next Level
More Webcasts
White Papers
5 Steps to Perimeter-Less Security: Adopting a Zero-Trust Model
Zero Trust Evaluation Guide
More White Papers
Reports
The State of Endpoint Security
Building the SOC of the Future
More Reports

Focusing on what they need ignoring what they have is a pretty common mistake companies make. Some companies pay a high price for this when realizing what they needed was actually right there, but sadly now that person has moved to another company to do exactly what they were looking for. Flexibility in both remote working, and flexible hours for those who require office presence is a great point to consider when thinking of retaining top IT talent. Remote work is a growing tendency that will take over in just a few years' time. -Susan
Reply  |  Post Message  |  Messages List  |  Start a Board
InformationWeek Is Getting an Upgrade!