IBM layoffs are hitting employees in Canada, Europe, and Australia. Another round of US layoffs is reportedly "imminent."

It's been just over one month since IBM began cutting jobs in the US in a layoff that one analyst firm calculates will ultimately hit at least 14,000 globally in fiscal 2016. Last week this wave of job cuts hit IBM's Canada locations, including Toronto, Ontario, following on cuts that happened in Europe and Australia in recent weeks.

About 900 staff members are expected to be cut in Germany.

Most cuts are expected to come earlier in the year rather than later, according the report from financial analyst firm Berstein, and many of those jobs will be moving to less expensive offshore labor markets, the firm said.

WatchingIBM, a Facebook page that tracks IBM's job cuts, shared the news about these new rounds of cuts, which were reported to the page by affected employees, by unions, and by governments in countries that require corporations to report actual layoff numbers. Group founder and former IBM employee Lee Conrad spoke with InformationWeek about the news. 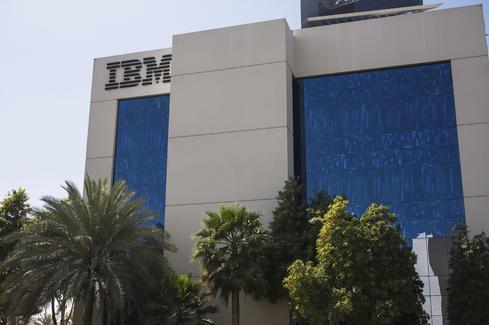 "There's a big shakeup going on inside of IBM, and they are changing their whole operating model," he told InformationWeek. "Over the last couple years these job cuts have been relentless. It's become such a dismal existence for employees."

IBM has declined to comment on number of jobs being cut this year, and initially provided the following statement to InformationWeek: "IBM is aggressively transforming its business to lead in a new era of cognitive and cloud computing. This includes remixing skills to meet client requirements."

After InformationWeek linked to reports saying that a third of IBM's workforce could be affected by this year's job cuts, an IBM spokesperson contacted us to say that reports of such a high number were "completely outlandish and untrue." IBM declined to provide an actual number of jobs targeted for cuts, but noted that the company hired 70,000 people in 2015 and currently has 25,000 open positions around the world, including ones in the US.

IBM ended fiscal 2015 with 377,757 employees, according to the company's 10-K report filed with the US Securities and Exchange Commission, down from 379,592 in 2014. So those 70,000 new hires from 2015 replaced employees who were cut or left the company for other reasons, including voluntary departures. It's unlikely that IBM will ever confirm job cut numbers beyond the markets where it is required by law to report those numbers.

Conrad has told InformationWeek that many of the jobs that IBM says are open are actually in offshore locations such as Brazil, China, and India. IBM has told InformationWeek that many of its job openings are in the US, but has not yet confirmed the number of US openings and the number of those US jobs actually filled in the first quarter of 2016.

Jessica Davis is a Senior Editor at InformationWeek. She covers enterprise IT leadership, careers, artificial intelligence, data and analytics, and enterprise software. She has spent a career covering the intersection of business and technology. Follow her on twitter: ... View Full Bio
We welcome your comments on this topic on our social media channels, or [contact us directly] with questions about the site.
Comment  |
Email This  |
Print  |
RSS
More Insights
Webcasts
Unifying Your Endpoint Security Strategy
Using Cyber Underground & Blockchain Intel to Stop Cyber Attacks
More Webcasts
White Papers
Using Zero Trust to Protect Today's Remote Workforce
The 2021 Security Outcomes Study
More White Papers
Reports
State of the Intelligent Information Management Industry in 2021
The State of Malware Threats
More Reports