If you would consider relocating to further your IT career, these cities offer some excellent options.

For IT professionals, deciding whether to take a new job in a different city is always a complicated decision. They must consider not only the salary and benefits of the new position, but also the cost of living in the new city -- as well as the likelihood of finding a new job if the one that prompted the move doesn't work out.

Trade association CompTIA recently updated its list of the best U.S. cities for technology professionals. While many similar lists consider a lot of subjective "quality of life" factors in their rankings, this one sticks primarily with economic considerations. It evaluated metropolitan areas with 250,000 or more residents, considering the total number of job ads, the location quotient (number of jobs ads divided by the number of people employed), the cost of living, cost of living adjusted median earnings, one-year job growth projections, five-year job growth projections, and the median IT salary.

Interestingly, the top 20 includes four new cities that weren't on the previous list. And the cities that remained moved around on the rankings quite a bit. In fact, the No. 1 city was in 3rd place in the last survey, while the previous first place city slipped all the way to 6th place this time.

While the ordering changed a bit, the top 10 looks a lot like the last round. The moral of the story for job seekers may be that any one of these top 10 cities would be a great place to accept a new job. And since CompTIA data suggests that 78% of tech professionals either have considered or would consider relocating to a new city, having an office in one of these cities could be a huge benefit for employers.

The following slides offer a closer look at the top 10. 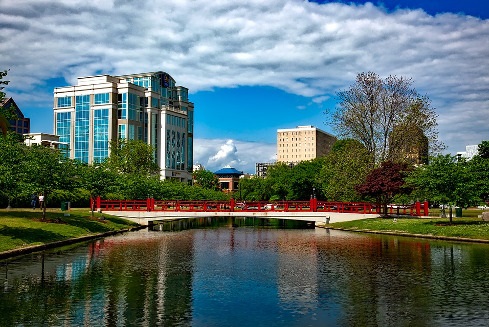 Huntsville holds the same place on CompTIA's list -- 10th. Low cost of living helped this southern city stay on the list. It scored 1st overall for cost of living adjusted median hourly earnings, and it was 4th for cost of living. In fact, the cost of living is about 4% lower than the national average, while IT salaries are considerably higher, with a median of $95,597.

On the other hand, Huntsville scored much lower -- 15th -- for both one-year and five-year job growth.

Huntsville's tech sector has long been dominated by the space industry and military, and the hiring scene continues to be dominated by government suppliers like SAIC, Jacobs Engineering Group, Northrop Grumman, Raytheon, and Boeing. However, the report also noted that this city is home to a growing number of startups as well. 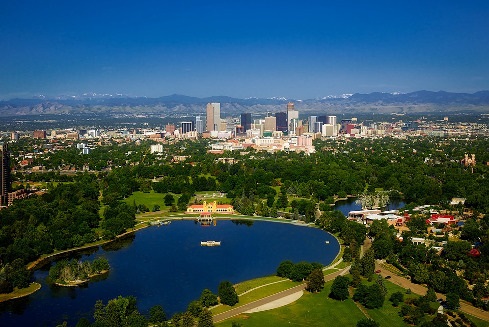 Denver slipped one position from 8th this round. In contrast to Huntsville, it scored best for one-year and five-year job growth, but not as well for cost of living. In fact, cost of living in the mile-high city is about 15% higher than the national average, but IT professionals also get paid more, earning a median salary of $97,719.

The state of Colorado is one of the fastest growing in the country, and it is well-known for its scenic beauty, outdoor recreation opportunities, and legalized marijuana. Many of the tech jobs in this part of the country are related to networking and communications. Top IT employers in the area include Dish Network, Raytheon, CenturyLink, Comcast, and Charter Communications. 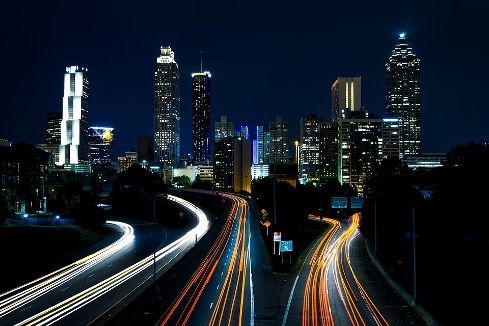 Atlanta climbed one position in the CompTIA ranking, from 9th to 8th. It scored well for the number of IT job ads, as well as for the cost of living and cost of living adjusted median hourly earnings. Last round, CompTIA reported more than 102,000 IT job openings, many of them for developers, and the cost of living is a little more than 4% lower than the national average. The city claims (per its own research) to have the 4th largest tech hub in America.

Median IT salaries in the city are $91,209. And the companies hiring the most tech workers in the area come from a mix of different industries: IBM and Capgemini in the tech industry, Anthem Blue Cross in the healthcare industry, Cox Communications and Verizon Communications in telecoms, and Fiserv and U.S. Bancorp in the financial industry. 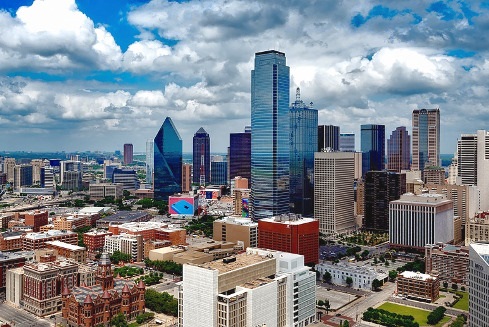 Dallas fell just a little in the rankings, from 6th to 7th. It received its highest scores for the number of IT job ads and cost of living adjusted median hourly earnings rank, as well as job growth. However, due to the large population in the region, the location quotient (ads divided by people employed) was not as favorable. Employers in the city posted more than 133,000 IT jobs in the past year, and that number is expected to grow by 10% over the next five years.

Pay in this part of Texas is good, with median salaries around $93,058. The financial industry is a big tech employer in the area, with JP Morgan Chase, Bank of America, Citi, and Charles Schwab all making the list of top IT employers. Other companies hiring tech workers include Verizon Communications, NTT Data, IBM, and Infosys. 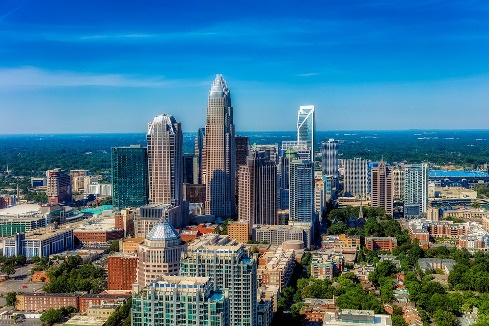 Charlotte was 1st on the last round of the tech cities list but fell all the way to 6th. It earned solid scores in all the categories considered by the CompTIA index, without being particularly high or low in any one category. Employers posted more than 52,000 IT jobs in the city last year, and median salaries come in at $91,617. The cost of living is 2.5% lower than the national average. IT jobs are expected to grow by 9% over the next five years.

As in several other cities on this list, the financial industry is one of the biggest employers of tech workers in Charlotte. Some of the companies hiring the most IT workers include Bank of America, Wells Faro, IBM, Allstate, and Infosys. 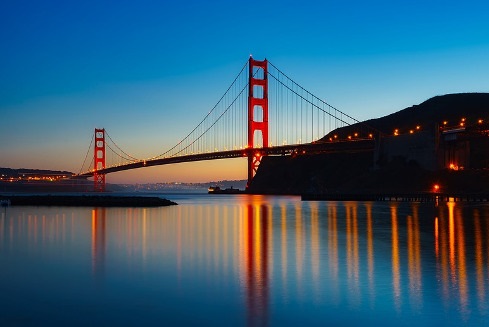 The City by the Bay held its 5th position. It ranked second in four different categories: number of IT job ads, location quotient, one-year job growth, and five-year job growth. However, surprising no one who lives there, it came in near the bottom in the cost of living categories. Overall, the cost of living in San Francisco is a whopping 65% higher than in other parts of the country, and while IT professionals earn a median salary of $121,412, that isn't always enough to make up the difference.

San Francisco employers posted 166,917 IT jobs last year. The technology sector was doing most of the hiring with leading employers including Facebook, Scoop Technologies, Amazon, Workday, Uber, and Oracle. 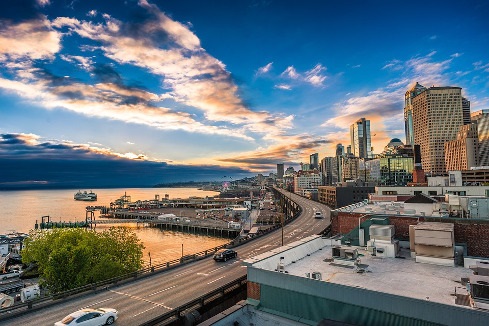 Seattle climbed from 7th to 4th on the list. It scored especially well for one-year and five-year job growth, as well as cost of living adjusted median hourly earnings. However, it was 15th for cost of living, with an average that is 21% higher than the other parts of the country. 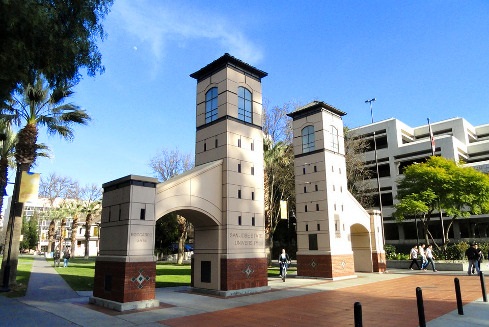 The heart of Silicon Valley ranked 3rd for IT jobs, up from 4th in 2018. It placed No. 1 in location quotient (jobs per people employed) and also very well for the number of jobs and job growth. Last year, employers in the San Jose area posted more than 141,000 jobs, and the median pay totaled $129,365. However, the cost of living is 44.4% higher than the national average, which means the median pay is the equivalent of $89,837 in a city with average cost of living.

As in San Francisco, most of the top IT employers in this area are in the technology industry. Leading employers include Apple, Cisco, Amazon, Google, IBM, and Intel. 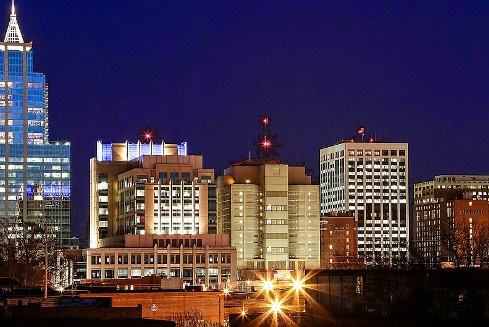 For the second year in a row, Raleigh came in 2nd place on the CompTIA list. Its ranking was bolstered by the city's low cost of living, which is 4.6% lower than the national average. It came in second for the cost of living category and the cost of living adjusted median hourly earnings. Median salaries are $91,859 with 9% job growth forecast for the next five years.

Several Fortune 500 companies, including several in the tech industry, have moved offices to Raleigh, which is also close to a number of well-regarded universities. Leading IT employers include IBM, Metropolitan Life, Verizon Communications, SAS Institute, and Red Hat. 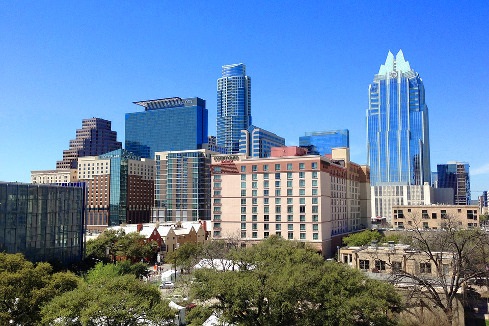 Austin, Texas, was the big winner on this CompTIA list, climbing up from third last year. It ranked No. 1 for both one-year and five-year job growth, with a 16% increase expected over the next five years. The cost of living is also relatively low -- 3.5% lower than the national average, and IT professionals make a median salary of $88,729.

The big employers in Austin include tech and financial industry players like Dell, IBM, Charles Schwab, Apple, and Visa.

And for those of you curious about the rest of the cities that made CompTIA's top twenty list, they included the following:

Read more about IT hiring trends:

Cynthia Harvey is a freelance writer and editor based in the Detroit area. She has been covering the technology industry for more than fifteen years. View Full Bio
We welcome your comments on this topic on our social media channels, or [contact us directly] with questions about the site.
Comment  |
Email This  |
Print  |
RSS
More Insights
Webcasts
Disaster Recovery/Business Continuity in the New Normal
The Experts Guide to Ransomware Response
More Webcasts
White Papers
Top Serverless Security Risks and How to Mitigate
Ransomware Security Breach Summary: Food Production
More White Papers
Reports
Cortex XDR Rides the Forrester Wave as a Leader
Protection Strategies for a Cyber-Resilient Organization
More Reports
Copyright © 2021 UBM Electronics, A UBM company, All rights reserved. Privacy Policy | Terms of Service