Increased spending on salaries, training, and budgets puts IT in a "sweet spot for employment and investment," says latest Society for Information Management data.

Good news for IT employees, from frontline staff up to CIOs: Salaries are on the rise, businesses are spending more money on training, and IT budgets continue to increase.

Those results come from the 34th annual SIM IT Trends Study for 2013. The Society for Information Management (SIM) study is a based on a survey of 650 of the organization's members, with three-quarters of respondents saying they're the highest-ranking IT person inside their organization.

[What field needs graduates the most? Read Data Scientist: The Sexiest Job No One Has.]

Bolstering that finding is the fact that 20% of IT leaders told SIM that a skills shortage keeps them awake at night.

The SIM study's findings square with a recent survey, conducted by staffing firm TEKsystems, which found that a majority of CIOs expect to see IT budgets and IT employees' salaries rise in 2014.

Beyond better job prospects for IT newcomers, the SIM study also found multiple signs that CIOs are succeeding in doing what business executives have long demanded: bringing more of a business focus to IT operations. For starters, 45% of CIOs now report to the CEO, 27% to the CFO, and 9% to a business unit executive. Continuing a downward trend, only 14% now report to the COO. 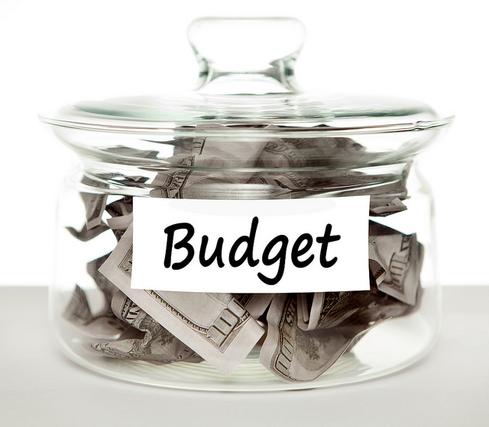 Meanwhile, half of 160 CIOs -- answering an optional question in the study -- said that they meet with the CEO or CFO weekly, and a majority do so monthly. Furthermore, 82% of CIOs rated the quality of those interactions with CEOs or CFOs as being "very positive" or "highly positive."

"IT is becoming more customer focused, and that's one of my biggest takeaways from looking at several of the data points, including that one," said Kappelman. Even so, CIOs still face a perception problem with CEOs and CFOs. Kappelman cited studies by professional organizations that serve CEOs and CFOs, which found about 80% of executives still don't see IT as a competitive differentiator for their business.

Interestingly,  however, the SIM study also found that the top metrics used to gauge the success of internal IT projects were projects being delivered on time (a factor for 66% of respondents), projects being delivered on budget (50%), increased customer satisfaction (33%), meeting service-level agreements (30%), and productivity improvements (29%). Ranking much lower on the list: increasing the number of products and services (13%), creating innovative ideas (12%), and contributing to revenue growth (7%).

Businesses' top investments in 2013, for example, were for analytics and business intelligence -- also CIOs' leading concern -- followed by customer relationship management software, cloud computing, and enterprise resource-planning applications. But when it came to information security, which CIOs ranked as their second biggest concern, it ranked only 14th in spending. Likewise, disaster recovery was CIOs' third greatest concern, but only in 11th place for IT spending.

Kappelman said that although the difference in importance of security and disaster recovery might seem alarming, it makes sense. "To IT, they're table stakes. I can't even talk about strategy, innovation, or anything like that if I'm not secure or don't have continuity if something breaks. You'd expect [security] to be a big priority for IT, because if something breaks, they lose their job. Similarly for disaster recovery, if a server goes down, the business shouldn't go down."

Overall, the study found that IT prioritizes technology projects that offer a lot of bang for the buck. "You see things like enterprise architecture and integration being of higher importance to IT, because IT can definitely make it more agile and help to save money. So even though they're not a big spend either, you can see why IT would want to make sure they went well, because it indirectly helps the business."

Although the SIM study's findings are good news both for IT employment and CIOs bringing more of a business focus to bear, the study results also raise the question of whether businesses' current levels of investment in hardware and software are sustainable. Past SIM studies -- especially in 2009 and 2010 -- found that a relatively low percentage of the IT budget was being invested in products and services, while much more was going into salaries. Kappelman says that was to be expected, because when times are tough, businesses can choose to not replace hardware, but would prefer to not slash their IT employee head counts.

Currently, however, the relative amount of the IT budget being invested in products and services has shot up. "We're in a sweet spot for employment and investment," Kappelman says. "I don't know exactly what to make of this, but I think we're in a catchup period, which is good for the vendors. But at the same time, I don't think it will last -- we'll just see where it goes."

Interop Las Vegas, March 31 - April 4, 2014 brings together thousands of technology professionals to discover the most current and cutting-edge technology innovations and strategies to drive their organizations' success, including BYOD security, the latest cloud and virtualization technologies, SDN, the Internet of things, Apple in the enterprise, and more. Attend educational sessions in eight tracks, hear inspirational and industry-centric keynotes, and visit an Expo Floor that brings over 350 top vendors together. Register for Interop Las Vegas with Discount Code MPIWK for $200 off Total Access and Conference Passes.

We welcome your comments on this topic on our social media channels, or [contact us directly] with questions about the site.
Comment  |
Email This  |
Print  |
RSS
More Insights
Webcasts
How the Rapid Shift to Remote Work Impacted IT Complexity and Post-Pandemic Security Priorities
Managing a Hybrid Cloud Infrastructure
More Webcasts
White Papers
2020 SANS Enterprise Cloud Incident Response Survey
The Top 5 Mistakes Everyone is Making in Vulnerability Remediation
More White Papers
Reports
The Need for Speed: Second Generation EDR
The State of DevSecOps Report
More Reports

Half of the CIOs said they meet with the CEO or CFO weekly, and that those interactions were "very positive" or "highly positive." Any CIOs want to weigh in here? Does the same ring true in your organization?
Reply  |  Post Message  |  Messages List  |  Start a Board

20% of the CIOs said skills shortage keeps them up at night? That is sure to spur some debate among IT pros who are job hunting. Is there really a skills shortage?

Well, we know data science pros are in demand, certainly. But some companies still are crying shortage -- but, IT job hunters say, the hiring managers won't open their minds to a wide pool of candidates. Have the requirements lists gotten out of hand?
Reply  |  Post Message  |  Messages List  |  Start a Board

A refreshing post from rradina. Thank you for weighing in. That his/her employer is a private company says something. Maybe it's because Dell and BMC have recently gone private, but I'm hearing a lot more these days about the virtues of working for a private company with a longer-term outlook.
Reply  |  Post Message  |  Messages List  |  Start a Board

IT will always need some specialists, but no CIO can build an effective team using a constantly rotating cast of specialists. The idea of hiring generalists, with diverse project experience, who can morph and grow with the team must become a more popular part of IT culture, in my opinion.
Reply  |  Post Message  |  Messages List  |  Start a Board
Editors' Choice
Hot Topics