IT Salaries: It's Good To Be Chief - InformationWeek

IT pay is up practically across the board, according to a recent salary outlook, but the biggest bump is in the C-suite.

It's good to be CIO.

IT salaries are trending up almost across the board in 2015, according to recent data from IT recruiting firm Mondo. But the largest bump appears reserved for the kings and queens of business technology, with CIOs and CTOs getting 9% pay raises during the past 12 months compared with the prior 12 months.

Of course, the top of the IT food chain should probably command a top salary -- and it does, with the CIO/CTO role typically earning between $170,000 and $250,000 annually, according to Mondo. But the percentage increase outpaces just about every other IT role. For comparison, the hunted iOS developer got a 5% bump in average salary in the same time period. A QA manager? Around 3%. Ditto for a network administrator. A business analyst in the project management office (PMO) received a 4% raise, on average. The list goes on, usually (though not always) with similar percentage increases. The good news is, well, increases. But the C-suite's pay is increasing a bit faster. 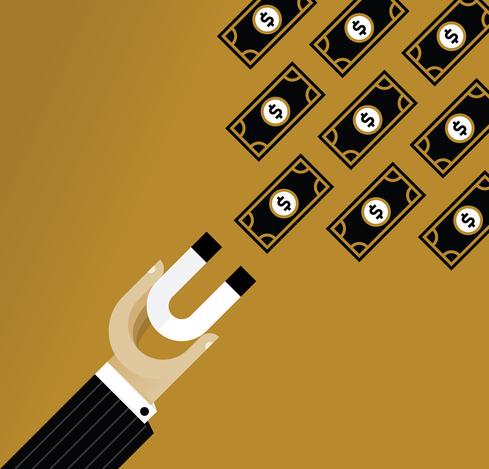 "The CIO/CTO role saw a huge jump because of the big demand for highly qualified CIO/CTO candidates, and the limited supply of candidates with the skills that organizations are looking for today," said Laura McGarrity, Mondo's VP of marketing, in an email interview. McGarrity added that C-level security pros, typically with the CSO or CISO title, are beginning to see similar upswings in salary.

[Get more ammo to ask for that raise. See CIO Certifications To Advance Your Career.]

Mondo's report includes 3,500 job placements in nine US cities during the past year: New York, San Francisco, Washington, Philadelphia, Denver, Boston, Chicago, Dallas, and Ft. Lauderdale. Pay ranges include the lowest and highest salaries the firm's candidates received for any given role.

The general upward trend jibes with other recent salary data indicating that compensation might be catching up to hiring. It's easier to fill your open positions when you're willing to pony up the cash. Robert Half Technology recently pegged year-to-date IT pay raises at 5.7% on average across a wide range of roles, for example. That's well more than double the national average salary increase of 2.3% across all industries.

The C-suite's not the only floor where pay raises outpace the rest of the IT organization. DevOps and software-defined networking-related positions, which Mondo groups together, are almost keeping pace with the big bosses. That's due in part to a commonly required skill, regardless of your level in the corporate pecking order: You need to be able to play well with others.

"DevOps roles require more interpersonal and communication skills than a traditional heads-down developer or operations person, so they are much harder to find," McGarrity said. "For these professionals, the creativity to solve real-world problems is also important."

Hallie Yarger, Mondo's recruiting director, adds that DevOps-relevant skills translate regardless of company size, which is further boosting hiring demand. And organizations struggling to find those skills essentially have two paths, according to Yarger: "[Employers] need to understand the market rate for their region and be willing to either get more flexible on training junior-level practitioners and [coach] them up, or show the money [to hire experienced professionals]."

A DevOps engineer's paycheck grew 7% in the past year, and tops out at around $156,000 annually among Mondo placements. Meanwhile, LAMP stack pros have been getting 8% salary bumps. Cloud computing and data-related positions are also commanding greater raises than some other IT cohorts.

As with DevOps roles, Yarger describes a common trait in the nascent SDN field: The experts are typically dynamic, adaptable professionals who are always adding new skills and knowledge as they go. "More complex IT environments, like the push toward big data, add to an increased demand for this skill set," Yarger says.

Mondo's report also recognizes the gender inequity in IT, noting that women currently hold only around a quarter of technology jobs in the US. In an IT industry that often bemoans a talent shortage, that stat -- as with broader data on diversity in tech, especially in Silicon Valley -- doesn't compute.

Yarger points out that the challenges women face in tech aren't necessarily limited to one industry.

"As with all industries, the issue can be boiled down to social and institutional factors and the need to push girls to pursue their interests, whether or not those interests follow the patterns of their predecessors," Yarger says. "Remember that you don't always get what you deserve but you do get what you negotiate -- so my advice to women would be to pursue what interests them, and don't let anyone tell you you're worth less than your counterparts."

I think it make sense to pay huge amount for qualified and experienced staff irrespective of the level in the hierarchy.
Reply  |  Post Message  |  Messages List  |  Start a Board

@kevin I agree. Most of the IT security staff paid well. However is this because of their complex job role?
Reply  |  Post Message  |  Messages List  |  Start a Board

This is great news. I think it is important to pay the IT personal well. They are the back born of the company.
Reply  |  Post Message  |  Messages List  |  Start a Board

zerox203: Mondo's data did support this, i.e. security experts are definitely in demand. And they said CSO/CISO position is seeing notable salary growth, too. -Kevin
Reply  |  Post Message  |  Messages List  |  Start a Board

@danielcawrey, I agree with your comment. It's much risky and involves lots of decision making. However it is also important for them to look at their subordinates in order to keep them happy.
Reply  |  Post Message  |  Messages List  |  Start a Board


"... A friend of mine who's a C++ developer says he's received all kinds of automated hiring inquiries on LinkedIn... ever since he accepted his current job. Why wasn't anyone looking at him before? "


@danielcawrey    I see your point, but with breeches becoming more and more common place , C-suits are not necessarily bringing expertise to this issue, in effect they are collecting a check ( a big one ) until they are ultimately exposed.

I can understand why the top dogs are getting paid so much: They have to contend with the risks associated with the responsibilities of the role. With security breaches a nightmare-like event, CTOs and CIO are tasked with some serious duties.

In order to attract professionals to those roles, that takes money.
Reply  |  Post Message  |  Messages List  |  Start a Board

It certainly seems like a good time to be in IT - low unemployment, high demand for various skills, and higher-than-average starting wages across the board are good news on their own. These raises are just the icing on the cake. I would suggest one more obvious option to employers that profess a talent gap - loosen up your requirements. You can get talented staff without ponying up extra dough, if you're willing to accept that 'talent' doesn't equate to a bullet list of stringent skills and experience that are controlled by an automated system. A friend of mine who's a C++ developer says he's received all kinds of automated hiring inquiries on LinkedIn... ever since he accepted his current job. Why wasn't anyone looking at him before? He was the same exact candidate. We definitely have some aspects of this process backwards.

A couple more things: first, I was a little surprised not to see security-related positions make a splash here. A recent survey from Global Knowledge that was covered over on NetworkComputing highlighted security skill as most in-demand and security-focused certifications as the most popular, with high-level security pros commanding equally high salaries. Maybe that's an area where people hire themselves rather than going through a recruiting firm like Mondo. Second, while I was happy to see the list of cities included many from around the country, rather than being west-coast focused, I was surprised at the omission of a few popular IT cities, like Seattle and Raleigh. I'm sure there's some statistical reason for this, but I wonder what it is. I like Ms. Yarger's advice for women going into IT as an ending note - it's an optimism we could all do well to be infected by.
Reply  |  Post Message  |  Messages List  |  Start a Board
Editors' Choice
Hot Topics