IT Salaries: Looking For Love - InformationWeek

We asked whether you felt fairly compensated for your IT role. More than half of you said no.

In our flash poll "IT Salaries: Do You Feel The Love?" we asked whether you think you're fairly compensated for your IT role. More than half of you said no. That's 54% of 2,631 poll respondents -- a hefty number. While the online poll, which ran May 19 to June 1, isn't scientific, it's at least an indicator of how you're feeling about your work situation these days.

Of course, we can't discount the lucky 18% of you who said you're making WAY more than the work you're doing is worth, or the cheery 28% who said you're paid fairly for your IT role.

Here are the full poll results:

Table 1: Do you feel fairly compensated for your IT role?

So what gives with the majority of unhappy IT workers? Is dissatisfaction your default setting? Or is there something more troubling going on?

For answers, let's first turn to the 2014 InformationWeek IT Salary Survey, which polled (scientifically, I might add) more than 11,000 IT employees, ranging from the highest executive ranks to entry-level roles. According to the salary survey's results, the median annual base salary for IT staff in 2014 is $88,000, and for IT managers it's $112,000.

[Is your salary lower than the median? Is It Time To Ask For A Raise?]

So while the respondents to the InformationWeek Salary Survey skewed higher on the "meh scale" than did the respondents to our online flash poll, neither poll suggests that IT folks are exactly jumping for joy about their compensation.

Of course, you could see things the other way and say how wonderful it is that fully 46% of our flash poll respondents are satisfied with their compensation. But what fun is it to look at a glass half full?

Let's look at the bigger picture instead. Since 2000, median IT base pay tracked by InformationWeek's research team increased at compound annual growth rates of 3.4% for staffers and 3.1% for managers. In that same time period, according to the US Bureau of Labor Statistics, the consumer price index has increased anywhere from 1.6% to 3.8% per year, with the exception of 2009, when the CPI declined amid the recession. 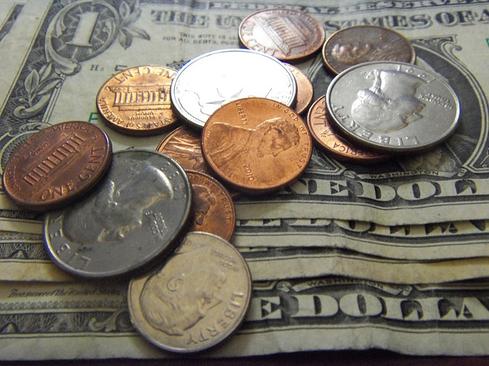 OK, if it isn't base pay that's displeasing some IT pros, perhaps it's the lack of perks? According to the 2014 InformationWeek Salary Survey, beyond health insurance and 401K matches, non-cash benefits are hard to come by in US IT jobs:

Table 2: Please specify the type(s) of noncash and indirect cash rewards you expect to receive in the next 12 months

What else am I missing? What's making so many IT workers dissatisfied? If you're among the unhappy respondents, tell us why. Maybe you're just "meh" about your salary -- and we want to know what that's about, too. And if you're flat-out thrilled with what you're earning, please provide your company's HR contact details.

Susan Nunziata leads the site's content team and contributors to guide topics, direct strategies, and pursue new ideas, all in the interest of sharing practicable insights with our community.Nunziata was most recently Director of Editorial for EnterpriseEfficiency.com, a UBM ... View Full Bio
We welcome your comments on this topic on our social media channels, or [contact us directly] with questions about the site.
Comment  |
Email This  |
Print  |
RSS
More Insights
Webcasts
The Failures of Static DLP and How to Protect Against Tomorrow's Email Breaches
Protecting Your Enterprise's Intellectual Property
More Webcasts
White Papers
The 2020 Duo Security Trusted Access Report
Frost Radar: Global Threat Intelligence Platform Market
More White Papers
Reports
Are Unprotected Cloud Databases Leaking Your Data?
2020 State of DevOps Report
More Reports

I think it's important to note the flip-side of the coin: that most people have a positive outlook on their salary situation -- i.e., that they're either compensated adequately or more-than-adequately, or that they can do better.  Only 16.5% of respondents felt unsatisfied but hopeless.

Of course, that's still a significantly high number -- even if a distinct minority.
Reply  |  Post Message  |  Messages List  |  Start a Board

@PaulS681: Glad to hear from a satisfied person on this topic. In my experience, the bonus thing really depends on how the terms of the bonus are put forth. I've had too many promised bonuses go up in smoke after I was hired, generally because the companies claimed financial hardship. when I've worked at places where the bonus schemes were rock-solid, I was quite happy to receive the extra amount, even though the cut Uncle Sam takes does hurt.

In your case, did you have to negotiate for a bonus, or was it something your company offered at the outset?

+ what advice do you have for others who are looking to improve their salary situation?
Reply  |  Post Message  |  Messages List  |  Start a Board

@Susan It's hard to say, even within IT, because all jobs aren't equal in any given sector. And within job types, you have certain industries that always pay better for the same skillset than others. But generally speaking, I'd say IT is weathering that storm better than lots of other industries, due in large part to an increase in dependence on IT products and services, as well as the development of specializations in response to certain trends.

To me, the best defense is to do the best job we can at managing things that are at least to a degree in our control. In my mind, that means we've got to continue getting a handle on certain types of escalating costs that are impacting everyone.

No one can say for sure what will happen, but it's theoretically possible that people who've been working for a decade or two already may never see a phenomenon like the 1990s again in our careers.
Reply  |  Post Message  |  Messages List  |  Start a Board

I agree - this holds true for all industries. When doing salary review/survey, nobody will say that the salary is high enough. When you get a raise, you tend to ask more sooner or later. It's good to know that IT salary rose in the past decade. Recently the economy is getting a little bit better. So all IT folks look forward to even further increase.:-)
Reply  |  Post Message  |  Messages List  |  Start a Board

@susan One aspect of IT that I absolutely love is that the skilled set can cross oceans and boarders easily, so a developer from Asia can work for a Canadian company as long as they understand the standards and are able to follow technical documents in whatever language it was drafted.
Reply  |  Post Message  |  Messages List  |  Start a Board


I am really glad to learn that IT salaries on the whole have risen significantly during the past decade.  Thank you Susan for the information, always good to know what your skills are actually worth in the marketplace.

@Susan, i can safely assume that IT is doing better than most industries. Looking at employees in similar position in other companies, a junior developer is better paid than there counter in say a marketing company. And the career potential is truly unlimited, since it can go so many ways
Reply  |  Post Message  |  Messages List  |  Start a Board

@Susan, i can safely assume that IT is doing better than most industries. Looking at employees in similar position in other companies, a junior developer is better paid than there counter in say a marketing company. And the career potential is truly unlimited, since it can go so many ways
Reply  |  Post Message  |  Messages List  |  Start a Board

@pauls681, I would agree with you. I'm currently very content with what I'm making, and also share the notion that my compensation exceeds my current effort, but who's complaining :)
Reply  |  Post Message  |  Messages List  |  Start a Board
Page 1 / 4   >   >>
Editors' Choice
Hot Topics