When a team member begins neglecting his or her work responsibilities, it's important to move quickly. Here's a look at the telltale warning signs.
Image: Vlacheslav Iakobchuk - stock.adobe.com

It's not a task that any experienced manager enjoys: confronting a staff member who suddenly begins exhibiting signs of disinterest or incompetence in his or her job or, worse yet, fails to work well with customers and/or co-workers.

Beck Beach, currently lead web and application designer and developer at Beck Beach, recalls a situation that unfolded when she worked for a major wireless carrier. "I was a lead developer/designer, and on my team there was a poorly performing employee," she recalled. "He would come in at 11 a.m. and then leave really early at, like, 4 p.m."

Beach was appalled by the staffer's unprofessional behavior. "His code was shoddy, too, and I kept having to dispute it in GitHub when he pushed it," she explained. "If I allowed his code [to remain] as-is, it would break up the rest of the project."

It took several weeks after hiring for the staffer to reveal his bad habits. "He was a really great employee at first, but after three months, he started this [unacceptable] behavior," Beach recalled. While puzzled by the staffer's actions, and hoping to resolve the situation amicably, Beach eventually ran out of patience. "His behavior was making me look bad in front of my boss, especially when he didn't come to meetings," she said. Fortunately, it was relatively easy to send the loafer packing. "I called his staffing agency to complain of his bad behavior and said that his contract needed to come to an end," Beach noted. "Within two weeks his contract ended, and he left."

But the story doesn't end there. Several weeks later, curious about the departed staffer's fate, Beach checked her former colleague's LinkedIn profile. She discovered that he was hired by another development organization about a month after leaving her team. "Maybe he'll be happier there," she quipped.

Omer Kaan Aslim, president of cybersecurity services provider Desired Outcomes, feels that it's important to maintain a firm hand when dealing with an employee who's obviously failing to meet his or her responsibilities. "The primary objectives of IT include improving efficiency, providing security, and ensuring positive end-user experiences," he observed, adding that an IT staffer who consistently shows a lack of interest in any of these areas through actions and attitude should be terminated. 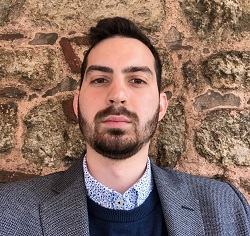 Aslim believes that a slacking IT staffer lacks the motivation necessary to contribute to the improvement of organizational efficiency. Worse yet, such an individual will tend to ignore security policies while failing to support the level of service expected by end-users. "Discipline will do little to solve attitude problems in adults," he noted. Worse yet, the individual may become a dead weight, hindering co-workers and key business operations. "Failing to terminate a bad apple on an IT team may result in negative reputational and financial consequences," he warned. 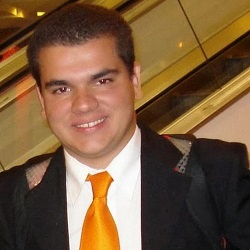 Fortunately, few underperforming team members manage to go unnoticed for long. Staffers will always show signs when they are unmotivated or careless, observed Gustavo Carvalho, chief marketing officer of Web hosting service provider Copahost. "Some signs that a staffer is unhappy are, for example, arriving frequently late, not answering your messages on time, and not collaborating with ideas in meetings."

An excessively passive attitude is another sign that a problem may be brewing. "Everybody gets tired sometimes, and it's normal to be less productive at times, but if this [conduct] persists, something is 'off'," noted Nick Galov, head of content and community manager at HostingTribunal, a website that reviews and rates Web hosting services.

While it's easy to place job demotivation squarely on a staffer's shoulders, disinterest could also indicate that there's something wrong inside the organization, such as a failing project that the team member feels is unrecoverable, despite his or her best efforts. Carvalho believes that an IT leader should always be attentive to staffers' views on key issues. "[They] will give directions on what things inside the company could be improved," he said.

A person's facial expression, particularly if it reflects sadness or anger, can provide an important clue that a staffer is struggling to cope with some type of major work or personal issue. "To address the situation, the IT leader must first talk directly to the employee," Carvalho said. If the problem isn't work-related, the staffer should be referred to HR for support and counseling. "Problems with family, relationships, and debts are examples of issues that don't have to do with your company," he observed.

When dealing with a problem team member, it's important not to jump to a conclusion before fully investigating the situation, Galov advised. "An open discussion is always a good first step to take," he explained. He suggested asking the slacking staffer how he or she feels, simply to see if there are any objective reasons for the failing productivity. "Their response is my key indicator," he said. "Unless they show the will to push harder, I usually know how it ends."