The Redmond giant reveals in a regulatory filing that it's planning another round of job cuts in addition to the 1,850 cuts it announced in May.

Microsoft is planning to eliminate approximately 2,850 more jobs over the next 12 months, according to the company's filing with the US Securities and Exchange Commission. The cuts will be primarily across the Redmond giant's dwindling smartphone business as well as global sales.

This latest round of cuts, which represents 2.5% of the software giant's global workforce, will be in addition to the 1,850 positions Microsoft announced in May that it would eliminate. Those layoffs were also largely coming from its smartphone business.

Microsoft has been making deep cuts to its smartphone division since 2014 and this newly revealed round marks its fourth significant workforce reduction in this area. 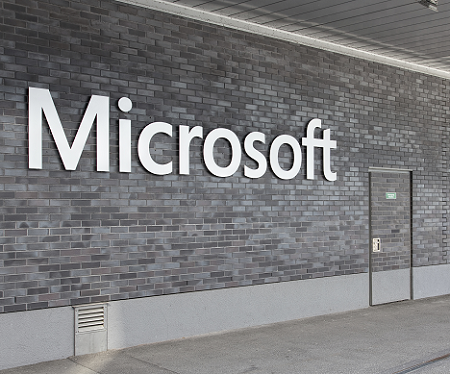 In 2014, the Redmond giant cut 18,000 jobs -- it's largest layoff to date, with most of the pink slips going to employees tied to its Nokia Devices and Services Division. The cuts stemmed from its integration of the Nokia handset business, which Microsoft announced in 2013 that it planned to acquire for $7.2 billion.

Then in 2015, Microsoft approved a restructuring plan to cut 7,800 jobs worldwide, primarily in its smartphone division. The restructuring was aimed at streamlining its handset business.

But the hits to Microsoft's smartphone division keep coming.

"We periodically evaluate how to best deploy the company's resources. In the fourth quarter of 2016, management approved restructuring plans that would result in job eliminations, primarily across our smartphone hardware business and global sales," Microsoft stated in its regulatory filing, in reference to the 1,850 job cuts it announced in May and the 2,850 roles that will be added as an extension to those earlier announced cuts.

Microsoft CEO Satya Nadella provided insight into the May cuts, noting at the time in a statement: "We are focusing our phone efforts where we have differentiation -- with enterprises that value security, manageability and our continuum capability, and consumers who value the same."

He added that that Redmond would continue to innovate across its devices and cloud services across all of its mobile platforms.

With this latest round of 2,850 worldwide, employees may not be completely surprised. In a post on TheLayoff.com, one user stated Friday, "900 have been notified, so in a week all 2,800 will know. It's an old Microsoft layoff style -- they do it swiftly and the layoff packages are great."

Staying as big and powerful as Microsoft has been since the 80s is pretty difficult. Most companies don't manage it.

Bad responses to technology markets are increasingly expensive in body count and bottom line. Perhaps the smartphone was their "Edsel" (see Ford Motor Company's bad bet in the 1950s). Would really hope MSFT gets their act together to manage the OS they have and the technology they support.
Reply  |  Post Message  |  Messages List  |  Start a Board

It's all just repairing the massive damage Ballmer did to that company. It's what happens every time when a dumbass marketing frat boy is the boss of smart people.

This seems like a pretty clear indicator the Windows Phone will be no more in the near future. I guess it could also mean the developer tools to help port Android and iOS to Windows Phone weren't as successful as anticipated.
Reply  |  Post Message  |  Messages List  |  Start a Board
Editors' Choice
Hot Topics