50%
Tweet
Microsoft, Facebook, Expedia, and Intel claim they pay men and women equally, but the tech industry has a long way to go.

April 12 is Equal Pay Day for a reason: It marks the day, a little over three months into the year, when women's wages "catch up" with men's earnings from the year prior.

It's the type of recognition we should no longer need to make. Women make up nearly half the workforce, reports the Institute for Women's Policy Research. In four of ten families the woman is the primary breadwinner.

Yet in 2014, female employees who worked full-time made $0.79 for every dollar their male counterparts earned. If change continues to unfold at this pace, women will be waiting until 2059 to achieve pay equality.

In recognition of Equal Pay Day, employees and businesses are raising awareness of the gender wage gap. They are also highlighting efforts to promote equal compensation. Maybe, with these initiatives, equality will come before 2059.

While no industry is exempt from this problem, technology is under a harsh spotlight because of its history with diversity problems. Women have long been the minority in the tech field, and companies have also been ramping up efforts to hire more females and minorities.

Third parties are putting pressure on Silicon Valley. Investment firm Arjuna Capital, a division of Baldwin Brothers, is one of them. Arjuna and Baldwin filed shareholder proposals at nine major tech companies in late 2014 that urged them to address the wage gap and share salary data to demonstrate progress.

"If tech companies want to attract and retain the best talent and are going to move women into leadership roles that will make the companies more competitive, they need to pay men and women the same, and they need to be transparent about how they are doing that," Arjuna partner Natasha Lamb said to the Wall Street Journal.

So far, the companies are delivering, Arjuna reported. Expedia, Amazon, Intel, and Apple have all reported their organizations have closed the gender wage gap, nearly closed it, or plan on closing it in the near future.

Microsoft is among the latest companies to share their progress. In a blog post published ahead of Equal Pay Day, Microsoft human resources EVP Kathleen Hogan shared the company's most recent salary data.

Hogan reported women at Microsoft earn 99.8 cents for every dollar earned by men employed with the same job title and level in the US. Further, she said, the company's racial and ethnic minorities earn $1.004 for every dollar their Caucasian counterparts earn. 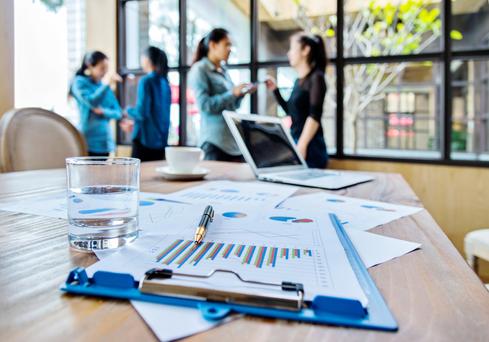 "We regularly review our compensation practices to ensure pay equity, and have done so for many years," she wrote, noting the company conducts statistical analysis to ensure equal compensation for men and women in similar roles. "I'm proud to share that at Facebook, men and women earn the same."

Yes, but it's progress we shouldn't need to make.

While it's positive to learn about efforts to close the gender pay gap, these businesses should not be applauded for solving an issue they simply should not have in this day and age.

If you're curious to know the size of your industry's wage gap, the editors of Time published a tool to help calculate it. Simply input your gender, age and occupation to find out whether you're making more or less than the opposite gender in your profession.

Kelly Sheridan is the Staff Editor at Dark Reading, where she focuses on cybersecurity news and analysis. She is a business technology journalist who previously reported for InformationWeek, where she covered Microsoft, and Insurance & Technology, where she covered financial ... View Full Bio
We welcome your comments on this topic on our social media channels, or [contact us directly] with questions about the site.
Comment  |
Email This  |
Print  |
RSS
More Insights
Webcasts
The State of IT & Cybersecurity Operations
Red Team Realities: Testing that goes beyond compliance
More Webcasts
White Papers
Global Application and Network Security Report
2020 Security Trends to Watch
More White Papers
Reports
Collective Offense Calls for Collective Defense
How Enterprises Are Developing and Maintaining Secure Applications
More Reports

Completely agree. So many issues make the headlines today that cause more division than unity. If we start getting on with things as a fact of life instead of a headline, things would be a lot better.
Reply  |  Post Message  |  Messages List  |  Start a Board

I'm glad equal pay is happening, but sorry that it makes headlines.

It should just be a fact of business life by now.
Reply  |  Post Message  |  Messages List  |  Start a Board
Editors' Choice
Hot Topics

More Informa Tech Live Events
How Secure is Your Azure Cloud Security Environment?Thinking Like an Attacker: Strategies for DefenseRed Team Realities: Testing that goes beyond compliance