CEOs are investing more in advanced technologies such as AI, but they aren't planning to invest in retraining their workforces for this technology. A new report from Accenture recommends taking a different approach.

Is your workforce ready to compete in a data-driven, cloud-enabled, digitally transformed environment? That was the question that AT&T asked itself a few years ago when internal research found that 100,000 of the company's 240,000 workers were in roles that the company probably wouldn't need in a decade. Instead the company needed workers who were trained and ready for the technologies that would drive tomorrow's business -- artificial intelligence, machine learning, data science, and more.

It was a math problem, according to AT&T CEO John Donovan who recounted the challenge during a panel discussion at World Economic Forum in Davos last month. The percentage of the company's workforce that was highly technical needed to evolve from where it was a few years ago at about 50% who were highly technical, to some number close to 85% or 90%, according to Donovan. 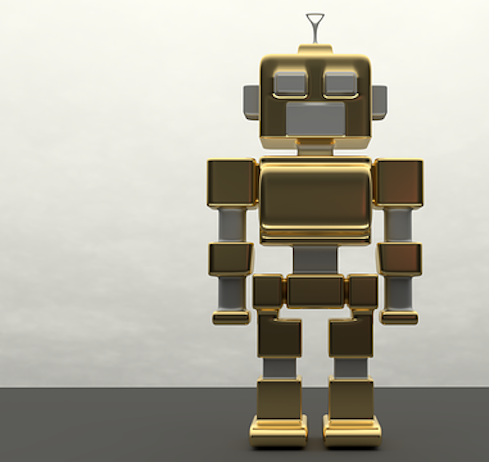 "You do the basic math," said Donovan. "You can't hire your way there and you can't acquire yourself there. You really have to start with the workforce you have."

That's the basic problem that many companies are facing as they look to evolve their businesses for a new era. If they don't have the trained staff today, it's not really clear how they will get to where they want to be for tomorrow.

Ellyn Schook, chief leadership officer and HR officer at Accenture said during the Davos panel discussion that companies invested 60% more in AI in 2017 than they had the year before. But only 3% of CEOs are investing in training people in new skills, even though the skills shortage is a top concern for CEOs.

To address the challenge, Accenture, which sponsored the Davos panel, is recommending enterprises follow three steps to move from where they are today to where they need to be. The company published the full advice in its new report, Reworking the Revolution, but at its most basic level they are reimagining work, pivoting the workforce, and scaling up "new skilling."

Reimagining work requires you to move from workforce planning to work planning, according to Shook. Pivoting the workforce means taking the human resources that you've been able to free up by applying technologies to those tasks and applying those workers to new areas of growth. Then companies should focus on helping workers acquire new skills. Shook said that's not being done to the extent it should be in a lot of companies.

But it is part of AT&T's plan. Donovan said AT&T invested $250 million a year for its education program for its current workforce of 260,000.

"I think that's a right-sized investment for the pivot that we want to make as a company," he said.

Those workers completed 2.6 million courses. Some of them were online, some were leader-led, some were in-person training courses that lasted a few days, he said. In all 56,000 workers earned 178,000 "Badges," which is a new competency that matches to a job in the company, according to Donovan.

In addition, the new system lets employees access an HR system that shows a career path to a future job they may want and lets them plot their course to that job and then map the curriculum needed to get to that job.

"I have to establish competencies along the way just to stay in my current job," Donovan said. "Then I can add a badge that certifies I'm competent in a new skill. I can add a nano-degree. A nano-degree in Big Data stapled onto a math undergrad degree from 25 years ago -- that's a solid combination."

The program earned AT&T a place on Fortune's list of the 100 Best Companies to Work For for 2017.

As for other companies embarking on an effort to add move advanced technologies to their business processes, Accenture has the following message: "Companies can achieve more with less, but only if they are willing to innovate their training methods."

Jessica Davis is a Senior Editor at InformationWeek. She covers enterprise IT leadership, careers, artificial intelligence, data and analytics, and enterprise software. She has spent a career covering the intersection of business and technology. Follow her on twitter: ... View Full Bio
We welcome your comments on this topic on our social media channels, or [contact us directly] with questions about the site.
Comment  |
Email This  |
Print  |
RSS
More Insights
Webcasts
Hybrid Cloud: The Great Balancing Act
Nip Ransomware in the FUD: Detecting Attacks Pre-Encryption
More Webcasts
White Papers
Why Add Security to Your Skill Set and How to Do It
Key Strategies for Managing New Risks in Cybersecurity
More White Papers
Reports
Enabling Enterprise Resiliency Through Cyberthreat Detection
Are Unprotected Cloud Databases Leaking Your Data?
More Reports