The job of CIO has changed a lot in recent years, and IT professionals will need a new set of skills to deal with those changes.

Not too many years ago, most CIOs functioned primarily as technology experts, as part of the support staff that made it possible for the other people in the organization to do their jobs.

Today, most CIOs play a more strategic role and have more input into the overall direction of their companies. That's good news from a career perspective, but it also poses some new challenges for those who came up through the ranks serving primarily as technologists. 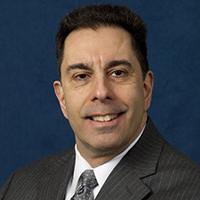 In a recent interview, Larry Bonfante, founder of CIO Bench Coach, said that four key trends have transformed the job of CIO. First, "the focus on digital transformation is critical," Bonfante said. "The role of the CIO has changed dramatically from an being an inward-facing role to an external-facing role because of that transformation."

Second, the consumerization of IT has changed expectations about what kind of technology employees should be able to use and how easy it should be to access that technology.

Third, cloud computing has democratized access to software and servers. "Where in the past, people had to go through IT and the CIO to leverage technology, now if they want they can take out their American Express card and call up Amazon and an hour later they can have a server turned up. People don't have to work with IT, so if you are going to work with IT, it will be because they are a value-added partner."

Finally, CIOs now have a "seat at the table." Boards and other executives are now asking for CIO input on key business decisions. Unfortunately, Bonfante said, most CIOs don't understand how to leverage that access. He said that he sees CIOs making three key mistakes when assuming their new role:

1. Neglecting to develop relationships with other executives. Many IT pros struggle with people skills, and CIOs are no exception. However, if they want to be effective as leaders, they need to cultivate allies and friends among their peers in the executive suite.

"They need to look at themselves as relationship managers and understand the people that they need to influence," said Bonfante.

He also recommended that CIOs "develop 'bench strength' so that they have people on their team that they can delegate the day-to-day responsibilities and operational pieces to, so that frees them up to have the bandwidth to be an executive and focus primarily as a relationship manager."

2. Failing to market the value of technology. CIOs understand what technology can do, but other business leaders don't always have that same knowledge. "People don't understand in business terms the value that [CIOs] are bringing to the table," explained Bonfante.

He added that CIOs are "too focused on the nuts and bolts." Instead, they need to perceive themselves as marketers and explain what IT can do in the language that other executives use and understand.

3. Insufficiently aligning technology with business outcomes. The third big failure Bonfante sees CIOs make is that they aren't aligning their technology initiatives with the goals of the business.

He recommended, "Instead of fighting the changes in technology like cloud computing and software as a service, start leveraging those capabilities." That approach can free CIOs up to do more strategic thinking.

Larry Bonfante will offer more advice for IT leaders during his Interop Session Competencies of the New CIO on May 15. He'll also be discussing career development during the IT Leadership Summit on May 16.

Cynthia Harvey is a freelance writer and editor based in the Detroit area. She has been covering the technology industry for more than fifteen years. View Full Bio
We welcome your comments on this topic on our social media channels, or [contact us directly] with questions about the site.
Comment  |
Email This  |
Print  |
RSS
More Insights
Webcasts
Monitoring Critical Cloud Workloads
4 Practical Tips for Building a Data Lake
More Webcasts
White Papers
The State of Malware Threats
A Practical Guide to Enabling 5G Deployments
More White Papers
Reports
Planning Your Digital Transformation Roadmap
The Infoblox Q4 2020 Cyberthreat Intelligence Report
More Reports