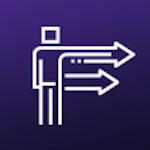 One line in the script probably is better remembered today than the movie as a whole, even though 1967's The Graduate made Dustin Hoffman a star while the film recorded an Oscar win and a boatload of award nominations.

That scene is where Benjamin gets secret career advice from a family friend: "One word, plastics." Of course, the better advice would have been to not mess around with Mrs. Robinson/Anne Bancroft.

Plastics are old hat now. What friends have been whispering to grads for the past few years has been "big data" and "data science." This year, they'd better add in "or DevOps," at least in some parts of the US. 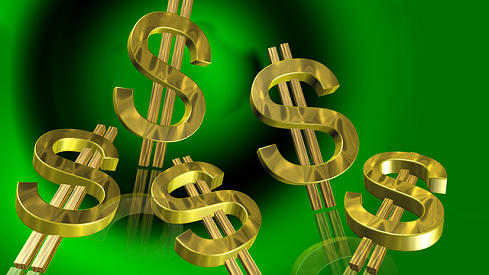 The 2017 salary figures are in, and data and DevOps skills are helping plenty of IT pros boost their paychecks. Staffing firm Randstad Technologies released its 2017 Salary Survey, and the research shows core data skills -- data warehousing, business intelligence, and Hadoop experience -- at or near the top of the tech pay scale in a number of metropolitan areas.

In looking through the report I consciously avoided the tech-intensive centers like Silicon Valley and Boston/Cambridge, as well as the high-cost centers like New York. Let's be honest, the tech centers are in permanent bidding wars, and companies in Manhattan have to pay extra when buying a cheeseburger requires a mortgage.

So, I examined average salary breakdowns for areas such as Fort Lauderdale, Bloomington, Ill., Hartford, Conn., Denver, and Phoenix, cities more typical of mainstream USA. I also ignored the entry-level salaries because lots of companies want to actually see what you can do on the job before the raises kick in. Picky, aren't they?

Fort Lauderdale has more going for it than sunshine and gentle ocean breezes. A senior Hadoop expert (8-plus years of work experience) typically pulls in $154,000 in the Florida city. No other tech role came close in that area. A mid-level (3+ years) Hadoop pro comes in at $123,000, as does a senior DW/BI pro.

In Hartford -- no gentle ocean breezes -- the senior DW/BI developer is drawing $138,000, which rivals the $140,000 listed for the senior Hadoop staff. As happened in several other cities, "program managers" are getting the big bucks in Hartford, at $148,000.

Maybe it's a sign of the times -- Connecticut's big insurance companies and manufacturers putting their IBM mainframes to sleep -- with Hartford's C++ developers earning $129,000 to $148,000.

[Curious about which industries are hiring? Read about nine sectors that are most likely to need more IT professionals.]

If you are still doing desktop support, tighten your belt or take some night classes in emerging technologies. Senior-level desktop support pros are getting $56,000 in Fort Lauderdale and only $46,000 in Bloomington.

Just as big data was viewed as the future six years ago, now it's DevOps that's on the rise.

Think back to the days when communications between developers and operations was limited to developers complaining about system performance and operations beefing about the security flaws in shoddy developer code. Forget about continuous improvement back then, bugs got fixed and rolled out when someone got around to it or when the problems were serious enough to move up the project queue.

I suppose you do want to know what you might make in Silicon Valley, just for the sake of comparison. For example, senior-level staffers with DW/BI, Hadoop, software architecture, DevOps, Python, Javascript, PHP, and Ruby skills all are listed at the $182K-and-change level. That will buy plenty of cheeseburgers.

Jim Connolly is a versatile and experienced technology journalist who has reported on IT trends for more than two decades. As editorial director of InformationWeek and Network Computing, he oversees the day-to-day planning and editing on the site. Most recently he was editor ... View Full Bio
We welcome your comments on this topic on our social media channels, or [contact us directly] with questions about the site.
Comment  |
Email This  |
Print  |
RSS
More Insights
Webcasts
Building a Strategy for Detection and Response
5 Steps to Integrate SAST into the DevSecOps Pipeline
More Webcasts
White Papers
Cybersecurity Research: 2019 AWS Cloud Security Report
Securing Real-Time Communications for Dummies Book
More White Papers
Reports
2020 IT Salary Survey Results Revealed
eSentire Annual Threat Intelligence Report: 2019 Perspectives and 2020 Predictions
More Reports
Copyright © 2020 UBM Electronics, A UBM company, All rights reserved. Privacy Policy | Terms of Service