1 Comment
Comment Now
Tweet
While IT teams seem to face similar obstacles every year (talent shortages, tight budgets), the technology and methods they use to meet those challenges are rapidly improving and evolving. 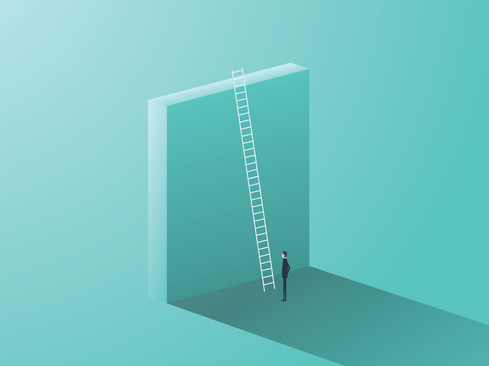 New technology and practices such as cloud computing, DevOps, and data analytics are helping IT face issues like infrastructure capacity, project prioritization, and customer insights head on, and the impact is far greater than solutions of old. As IT leaders transform their businesses digitally, these same old challenges will be met with new, innovative solutions.

InformationWeek and Interop ITX recently conducted a survey of 400 IT professionals to better understand their priorities and challenges and the technologies and tactics they are using to meet their goals.

What do your IT peers find challenging as we move -- pretty quickly -- through 2017? Here we count down the top 10 challenges IT faces today as we near the dawn of 2018, according to our survey. For the full results, download the complete report. 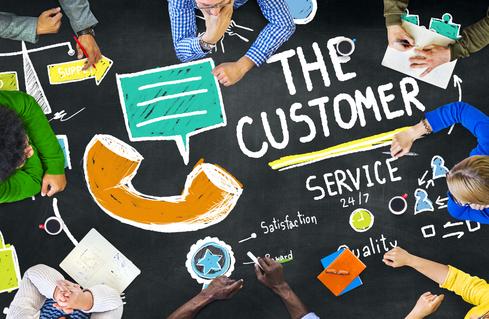 In 2017, "understanding external customers" is low on IT’s list of challenges when it comes to achieving business goals. Sixty percent of respondents said it was either not at all or barely a concern. Perhaps this is due to the immense amount of data today’s customers create and the advanced data collection and analytics tools companies use to better understand their customers. Twenty-seven percent of respondents said their companies were already implementing customer service analytics, and another 34% are evaluating or plan to implement a customer service analytics strategy in the next 12 months. 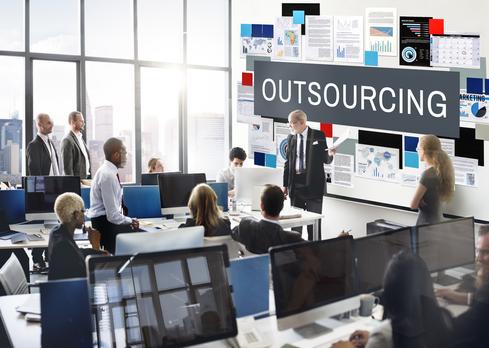 9. Don’t have the right outsourcing relationships

Forty-five percent of respondents said that to cope with the IT talent shortage they would look to use more outsourcing and contractors, so it’s important that IT has good relationships with the people they’re outsourcing their work to. Luckily, this is fairly low on the list of challenges IT faces in 2017, and unsurprisingly so, considering IT has dealt with outsourcing for many years. 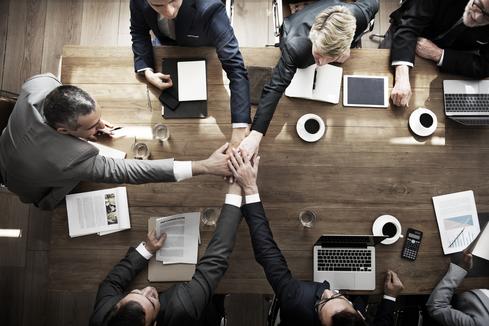 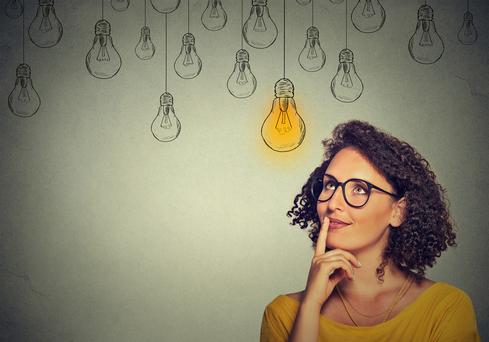 The challenge IT faces in to offer more innovative, business-relevant ideas probably isn’t because they’re short on good ideas. Our research revealed that only 25% say inadequate IT skills is a barrier to innovation in their organization. So, what’s getting in the way? Their daily tasks and budget. Nearly half (49%) of respondents to our survey said they’re tied up with day-to-day operations and (47%) said lack of budget gets in the way of producing innovative ideas. 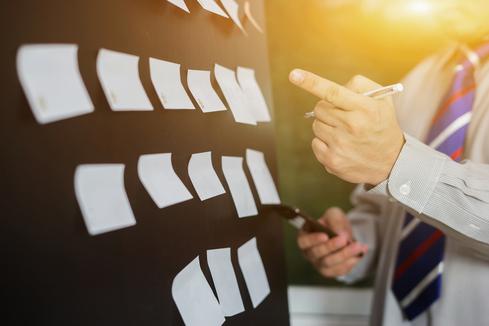 6. Don’t have systems to prioritize projects

While it is still below the halfway mark in terms of the greatest IT challenge, not having the right systems in place to prioritize projects should be worrisome. An organized IT shop is an efficient and creative IT shop, and if IT teams don’t have the processes and technology to prioritize projects, they’ll likely only ever be able to respond to the projects that hold the greatest budgets. That means other projects that are impactful but wield smaller budgets could end up in the queue for months to years!

Some good news is that 49% of respondents said they either have adopted or will adopt DevOps -- 14% have already adopted it, 20% will move to it in the next two years, and another 15% will start sometime after that. However, not everyone is sold on DevOps as the end-all-be-all for project delivery. Fifty-one percent of survey respondents do not plan to adopt DevOps at all, which reveals that about half of the respondents either have their own project delivery process or are looking for another model or system. 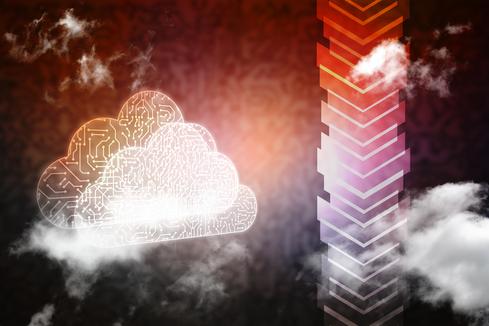 5. Don’t have enough IT infrastructure capacity

In 2017, storing and managing all the data that the businesses create and gather remains a huge challenge for IT. Forty percent of respondents said that the growth of storage/data was having the greatest effect on their IT infrastructure.

While this may be a current issue, above all other technologies, respondents said they planned to purchase cloud services in 2017, which others are focused on IT training and education. They also said that cloud would have the greatest positive effects on the business in the next five years. While things may be moving too slowly now to really deliver on business objectives, we’ll likely see improvements over the next few years as more organizations free up time and space because of cloud migrations. 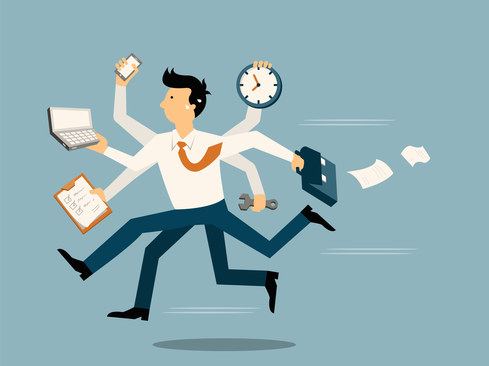 It may be becoming apparent that none of these challenges stand on their own, and often each challenge impacts several others. IT is struggling to implement fast enough to meet business goals in 2017, which should come as no surprise considering we already learned that IT is concerned about the ways they prioritize projects, and half of IT says they struggle to innovate because they’re too busy working on day-to-day operations. 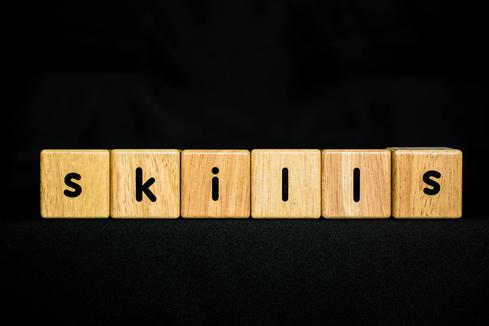 3. Don’t have the right IT skills

For IT leaders, the IT skills gap is not an abstraction. Sixty-four percent of respondents said that not having the right skills is a moderate to major concern for their team in 2017. IT isn’t just pouting about this issue, though. Forty-two percent say they have more success retraining internal candidates for new technology specialties such as cloud, mobile, or data analysis than hiring from the outside, while 37% said they’re split on hiring and retraining. About one fifth of the respondents said they have more success bringing in outsiders to meet their skills needs.

Respondents are also looking at ways to attract new talent, and their top three methods are: offering more flexible hours (41%), increasing training to improve current talent -- “grow our own” -- (33%), and offering full-time telecommuting (21%). 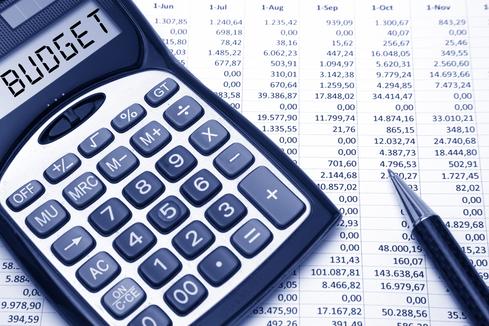 2. IT budgets are insufficient to meet goals

While 55% of respondents said budgets are up in 2017, they still may not be enough to meet business objectives. And many budgets are likely still recovering after years of cuts and freezes. This could be why we see “IT budgets are insufficient to meet goals” as the second greatest challenge to IT in 2017. 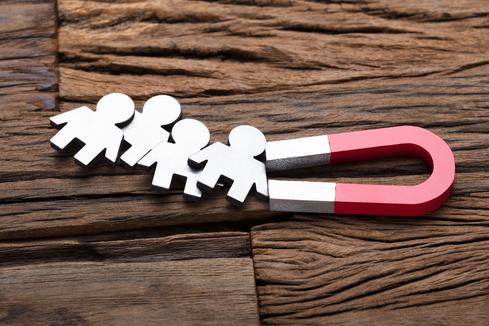 1. Don’t have enough IT people

Again, we see the impact of other challenges -- in this case budgets and skills shortages -- in IT’s top challenge. Sixty percent of respondents said they face an IT talent shortage in one or more areas of IT and 25% say the talent shortage gets in the way of IT innovation. According to the research, the greatest business impact of the IT skills gap is delayed IT projects (53%), followed by poor-quality IT projects (30%). While 40% of respondents said that IT hiring is frozen, 14% said they were looking to hire outsourcers and contractors, 25% said they were looking to hire for specialized skills, and only 14% said they are looking to hire across many IT areas.

The author of the reports suggests that one way to manage a staff shortage, in addition to many of IT’s other top challenges, is to move to a cloud service provider, which he argues would require fewer hands on deck.

Despite all the challenges IT faces in 2017, 65% of respondents still think IT is a great career and would recommend it to young people.

Emily Johnson is the digital content editor for InformationWeek. Prior to this role, Emily worked within UBM America's technology group as an associate editor on their content marketing team. Emily started her career at UBM in 2011 and spent four and a half years in content ... View Full Bio
We welcome your comments on this topic on our social media channels, or [contact us directly] with questions about the site.
Comment  |
Email This  |
Print  |
RSS
More Insights
Webcasts
Quantifying the Benefits of a DevOps Strategy
Edge Computing: An IT Platform for the New Enterprise
More Webcasts
White Papers
2020 Gartner Market Guide for Network Detection & Response
How You Can Evaluate Your Org's Cybersecurity Readiness
More White Papers
Reports
2020 State of DevOps Report
State of Endpoint Security: How Enterprises Are Managing Endpoint Security Threats
More Reports
Copyright © 2020 UBM Electronics, A UBM company, All rights reserved. Privacy Policy | Terms of Service