Panel at the Axway Summit Americas discussed elements that may help improve gender parity in the technology scene.

How women in tech can be transformers, disruptors, or combination of both was the central discussion of a panel held at this week’s virtual Axway Summit Americas. The conversation included experiences of the panelists as women in tech and ways organizations might further narrow the gender gap in the field. 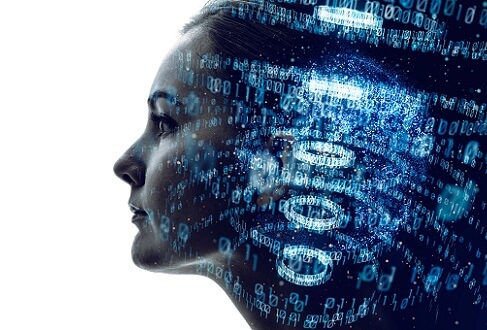 Though there have been some gains in increasing representation and career opportunities for women in tech, Lloyd pointed out where there continues to be room for improvement. “According to IDC, the percentage of women in senior leadership positions grew from 21% to 24% between 2018 and 2019,” she said. For Axway’s part, 29% of its leadership positions are held by women, Lloyd said, and the company supports organizations such as the Professional Women’s Network in Europe and Women Reboot in Ireland.

Companies stand to benefit from supporting a diverse workforce, based on research Lloyd cited. “A 2020 Mackenzie report found that diverse companies perform better, hire better talent, they have more engaged employees, and they retain workers better than companies that do not focus on diversity and inclusion,” she said.

The level of access to opportunities in technology careers naturally can play a factor in gender representation. Toscano said at first, she thought to pursue a career as a doctor like her mother, but she soon gravitated to technology-driven interests. “After the first month of college, I realized that was what I wanted to do,” she said.

Bhargava’s family initially expected her to pursue a career in medicine though she had different ideas. “None of that interested me,” she said. “What interested me was new technology.” Out of curiosity, Bhargava joined an IT training program. “When I wrote my first piece of code, and it gave me an instant result, that made me so happy,” she said.

Astronomy and theoretical physics were Schütz’s early passions prior to pursuing IT. “I was intrinsically always motivated with technology or sciences,” she said. Studying theoretical physics included extensive use of computers, Schütz said, which introduced her to opportunities growing in the IT space. She shifted her studies over time to focus on IT.

Challenges the panelists faced early in their careers included acclimating to a new country, balancing home life with work, and in Toscano’s case taking on a leadership position at a relatively young age. “When I was 22, I was managing more than 100 people,” she said. Though the people she supervised were her elders, Toscano said she concentrated on the job and leading by example.

Schütz said she also faced being the youngest in her team as well as some surprises as an Austrian traversing Eastern Europe. “In the eastern countries, women in the workplace were always very common, contrary to my home country,” she said. “They found nothing special about me being a woman.”

Bhargava said she did not see many other women when she started here first IT job and found support from male mentors. Schütz said her mentors also did not make an issue of her gender. “If I had good ideas, if I had the drive to bring things forward, they treated me as an equal,” she said.

The panelists all happened to be mothers and Schütz said when her daughter was born there might have been a perception of a challenge to her career, but she continued to work in balance with her home life. “That is very important to encourage women to pursue their passions -- that it’s an ‘and’ not an ‘either-or’ when it comes to having a family,” she said.

With women still generally underrepresented in the technology sector, societal factors cannot be completely dismissed. Bhargava said when she was growing up gender stereotypes were prominent, but her parents allowed her freedom to choose her path. Making efforts within companies to support gender parity can also help improve representation. “As more women enter the workplace, finding that acceptance is helpful,” she said.

How to Change Gender Disparity Among Data Science Roles