IT executives, with their view into technology's potential, are leading key innovation efforts, and it looks like more of their peers will do the same.

Have you ever spoken to a Netflix customer service representative? Neither have I. The Netflix user experience is so simple that there’s no reason ever to seek help. The company’s stock is up 40,000 percent over the past six years because Netflix has completely redefined the economics of its business around technology.

Netflix is a prime example of digital transformation. Its cost structure and business model are unlike anything the media business has ever seen, and it is steamrolling its competition as a result. The reason: IT is its strategic weapon.

Fifteen years ago, Nicholas Carr stirred up a hornet’s nest with his article in the Harvard Business Review entitled “IT Doesn’t Matter.” Carr argued that IT was on its way to becoming a commodity as undifferentiated as electrical service and that it would eventually cease to have value as a competitive tool.

Carr was right on the money in forecasting technology’s evolution, but his assumptions about the implications couldn’t have been more wrong. True, cloud computing and automation have made IT more of a utility, but that has given CIOs a greater opportunity to make a difference through digital transformation.

In its 2018 State of the CIO survey, CIO.com reported that top IT executives currently spend about 25% of their time on strategic issues, but in three years they expect that share to more than double to 60%. Cloud computing, automation and self-service are removing what had previously been ponderous yokes of legacy applications and infrastructure. Meanwhile, the rise of big data, artificial intelligence and mobility has made IT the most important source of business value for many companies. Those that can leverage these technologies most effectively will transform entire industries.

Let’s take a look at Netflix’s most recent annual earnings statement. The first thing that may jump out at you is that the company has no sales costs. That’s because it has no sales people. It has done away with one of the largest line items in a typical company’s expense structure by making the subscription process entirely self-service. It has no convoluted pricing tiers. You input a credit card and get access to every asset in the video library. Couldn’t be simpler. By eliminating the traditional sales process, Netflix can invest in marketing to grow its subscription and sustainable revenue base at a speed competitors can’t match.

Looking further, you’ll see that Netflix’s general and administrative expenses are less than 0.7% of the company’s total sales. That compares to nearly 20% at Target Stores and more than 50% at Blockbuster the year before Netflix buried it. Netflix has just 5,400 employees, yielding a staggering average of $1.5 million in revenue per person. By contrast, Walmart generates about $210,000 per employee.

Netflix didn’t win because it improved incrementally on existing processes. It won because it completely changed the way it does business.

Many other companies are doing the same thing. TaskRabbit supervises an army of more than 60,000 self-employed service people with a staff of just 65 employees. Airbnb manages the world’s largest inventory of short-term accommodations without the overhead of mortgages or real estate investors because it makes the entire process self-service.

The Warehouse Group, New Zealand’s largest retailer, is currently in the middle of a digital transformation. With Alibaba and Amazon entering its market, the company is rebuilding the entire customer experience around technology with a mission of becoming invisible, according to Chief Information and Digital Officer Timothy Kasbe. “We want to make it easy for customers to click and get anything they want quickly at a reasonable price,” he said.

Digital transformation doesn’t mean abandoning what made the company successful in the first place. The Warehouse Group’s 300 locations extend its reach to within a 30-minute drive of every TV in the country. It will leverage that physical advantage to enhance the digital experience, blocking out online-only competitors.

CIO Kasbe is one of only six executives who report directly to the CEO. His job is to bridge the gap between technology innovation and a brick-and-mortar foundation. “I seed my team in every part of the company,” he said. “My people sit with the marketing team and shadow the buyers. We aren’t waiting for someone to write a requirement anymore. We’re looking for the most powerful ideas, and then we provide the tools to make them work.”

The Warehouse Group has adopted software-as-a-service technologies like Salesforce.com and Zoho to remove the burden of managing infrastructure and let its people focus on what they do best. The cloud has given the CIO room to innovate. “It’s a beautiful thing to have problems solved by the service provider,” Kasbe added.

McKinsey researchers recently asserted that the few organizations that succeed at digital transformation “will make big bets on new technologies and business models.” The businesses that are disrupting entire industries are driven by algorithms, and their business models will permeate every corner of our economy.

If you think IT doesn’t matter, get ready for the next five years of innovation. IT is just getting started. 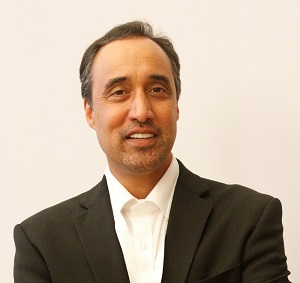 Raj Sabhlok is the president of ManageEngine and Zoho.com, divisions of Zoho Corp. Raj has particular interest in IT management software and its power to change the fortunes of a business when implemented effectively. Prior to Zoho, Raj spent nearly 20 years working with some of the world’s most innovative technology companies including Embarcadero Technologies, BMC Software and The Santa Cruz Operation (SCO). Raj has a bachelor’s degree in mathematics from the University of California, Santa Cruz and an MBA from Duke University’s Fuqua School of Business. He lives in Silicon Valley with his wife and four boys — and his iPhone.

The InformationWeek community brings together IT practitioners and industry experts with IT advice, education, and opinions. We strive to highlight technology executives and subject matter experts and use their knowledge and experiences to help our audience of IT ... View Full Bio
We welcome your comments on this topic on our social media channels, or [contact us directly] with questions about the site.
Comment  |
Email This  |
Print  |
RSS
More Insights
Webcasts
Fintech at SaaS speed: Navigating the scale & security challenge
Bolstering Your Enterprise Cyber Risk Assessment
More Webcasts
White Papers
Why You're Wrong About Operationalizing AI
Why Energy Management is Critical to 5G Success
More White Papers
Reports
Cortex XDR Rides the Forrester Wave as a Leader
2021 Application Security Statistics Report Vol.1
More Reports