Embattled Internet giant Yahoo sets an April 11 deadline for prospective bidders to submit proposals regarding what company assets they wish to acquire and how much they're willing to pay.

Yahoo has set a deadline of April 11 for all prospective buyers to get in proposals for the assets of the company they wish to acquire, along with their bid amounts, according to reports. Also, Microsoft is eyeing a potential financial assist to private equity buyers, reports say.

Yahoo has distributed letters to potential suitors asking them to indicate the assets they are interested in, the prices they are willing to pay, and details on how the purchase would be financed, according to a Wall Street Journal report.

The report noted Yahoo's bidder deadline, and that interested parties will need to list conditions or approvals they would need to do a deal and key assumptions they would be making by moving forward with the transaction.

Verizon Communications, Time, and IAC/InterActive are among the potential suitors that Yahoo's investment bankers have contacted regarding a potential bid. The company seeks to reduce the entrants from 40 parties that signed nondisclosure agreements to a more manageable group of serious buyers, the Journal reported. 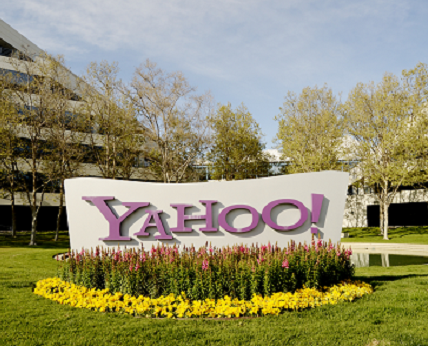 Microsoft is talking to private equity firms about potentially lending financial assistance to acquire Yahoo assets, according to Re/code. Such a move makes sense, given the fact that Microsoft has a search partnership with Yahoo it will undoubtedly want to retain, and that its former high-profile buyout attempt ultimately resulted in a search-only arrangement.

Yahoo facing pressure from activist shareholder Starboard Value, moved from its previous position of wanting to sell only non-core assets to a willingness to pursue the sale of its core assets as well, despite an interest by Yahoo CEO Marissa Mayer to spin off the core assets into a separate company that she would run. Yahoo's core assets include search, email, and Web properties like Yahoo sports and Yahoo finance.

Mayer is not part of the Yahoo board committee that is handling the sales process, in part due to the potential that she may become one of the investors in a bid by a private equity firm, the Journal reported.

In setting an April deadline for bids, Yahoo may be aiming to have any potential sales completed, or far enough along, before its annual shareholders' meeting, which traditionally has been held in June or July.

This year's shareholders' meeting may prove contentious, given that Starboard Value has launched a proxy fight and wants investors to vote in its slate of nine directors, rather than vote for Yahoo's nominees.

Dawn Kawamoto is an Associate Editor for Dark Reading, where she covers cybersecurity news and trends. She is an award-winning journalist who has written and edited technology, management, leadership, career, finance, and innovation stories for such publications as CNET's ... View Full Bio
We welcome your comments on this topic on our social media channels, or [contact us directly] with questions about the site.
Comment  |
Email This  |
Print  |
RSS
More Insights
Webcasts
Securing and Monitoring Networks in the 'New Normal'
The Failures of Static DLP and How to Protect Against Tomorrow's Email Breaches
More Webcasts
White Papers
Improving Your Enterprise's Protection With Cyber Resilience
The Value of Threat Intelligence
More White Papers
Reports
The Malware Threat Landscape
Are Unprotected Cloud Databases Leaking Your Data?
More Reports

And so it begins. The once great Yahoo is to be sold off for parts.
Reply  |  Post Message  |  Messages List  |  Start a Board
Editors' Choice
Hot Topics