The market for cell phones that play music is expected to surge, and Sony hopes to cash in with its second phone to carry the Walkman label. Cingular Wireless has been tapped to offer the device. Designed for a global audience, the Sony Ericsson W600i Quad Band GSM world phone supports all four frequencies in use in the United States and abroad. And it's a 1.3-megapixel camera, too, with video recording and digital camera menus. 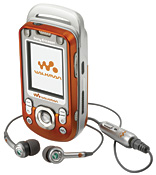 The $250 W600i deserves the Walkman name. Sound quality is impressive with the included two-piece headset. Its MP3 playback application is full-featured, even including functions such as an equalizer and dedicated hardware buttons for play, pause, and volume control. The only limiting factor is the 256 Mbytes of memory, with no option for memory-expansion cards. The W600i's capacity is miniscule compared with even the most basic MP3 players.

The included Sony Ericsson PC Suite lets you transfer images, sync address books, copy music, and more. It's straightforward, but dealing with the phone itself presents some complications. When the USB cable is plugged into the W600i, you're prompted to use Phone mode or File Transfer mode, in which the handset appears as a USB flash drive to the host PC. But this dual-mode option requires you to disconnect and re-establish a connection to the phone when switching from, say, adding contacts to transferring music files. 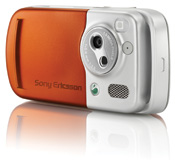 The top portion of the device rotates clockwise to reveal a standard keypad. The phone, which measures 3.6-by-1.8-by-0.9-inches, is compact when closed. My only design complaint is that if you open the phone in the way that feels most natural--rotating the top while holding on to the bottom--the device will be upside down in your hands. To get it right side up, you actually have to rotate the bottom. During testing, I found myself constantly having to flip the phone over after opening it.

Overall, the W600i delivers multimedia and phone functions in a well-integrated package. But without more memory, it probably won't be your primary MP3 player.

We welcome your comments on this topic on our social media channels, or [contact us directly] with questions about the site.
Comment  |
Email This  |
Print  |
RSS
More Insights
Webcasts
Now That Ransomware Has Gone Nuclear, How Can You Avoid Becoming the Next Victim?
Why Performance Testing is More Critical Today
More Webcasts
White Papers
SOC 101
2020 Trends to Watch: Cybersecurity
More White Papers
Reports
The New Face of IT Automation
State of Cybersecurity Incident Response
More Reports