Where did all the election predictions go so wrong? And, what does the failure of analytics TO predict the Trump victory mean to the future of big data?

I didn’t see any predictions yesterday for a Trump victory from the major news sources. Nate Silver’s Five Eighty site said it was 71.4% sure that it was Clinton’s victory. They were not alone. Nearly all the major media outlets were predicting the same thing. It seemed as if the only ones predicting a Trump victory was Team Trump, and oh and Katy Perry’s parents. 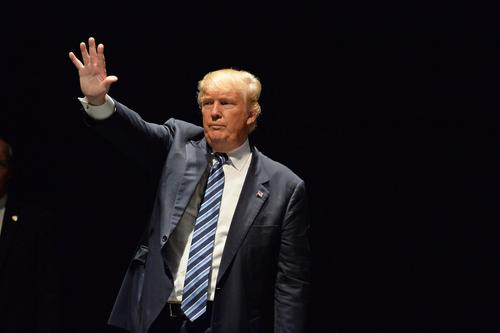 By 3 AM EST it was clear the president-elect was Trump -- he had enough electoral votes. Based on the results this morning, looks like those predicting the Clinton victory were simply mistaken. Just like they flubbed the Brexit vote earlier in the year. Of course, just like the Republican primary, they got it oh so wrong.

As late as 2 AM Nate Silver was still giving hope to his forecast of a Clinton victory. He had noted earlier in the day about uncertainties with the predictions. He stated that polls were not perfect. They were just probabilities. Perhaps he was giving himself some wiggle room?

But who did get it right? Trump’s data team did. Wired magazine reported that Matt Oczkowski from Cambridge Analytica said their models were based on the rural voters. They were questioning him about data being dead. He noted that it comes down to knowing how to use the data. It was that simple.

My question though is, what happens to data now? Data and analytics are enjoying a popular surge. We can trust data when we want to make decisions. The data guides us. The data reveals the unknown. And my favorite quote, “Without data you are just another person with an opinion”. I don’t know what to think. How did so many of them miss these results?

Should our argument be that they didn’t have the correct data? Maybe the data collection process over sampled Clinton supporters? Another argument is that it was not a silent majority -- it was an invisible majority. Trump referred to them as shy voters who did not want to admit they supported him. The Clinton and Brexit forecast gave favor to the liberal viewpoint. Are they just so sure of their viewpoint that they don’t even realize it is biased? Is it possible that the media and analysts are living in their own circle of affirmation?

But aren’t data professionals (and journalists) just supposed to report the facts. Should we argue that these modelers with their education and experience were unable to do that? Should we instead say it is their very experience that should account for the data inaccuracies? After all, isn’t it their job to put accurate models together that account for the invisible voters? Why was Oczkowski able to do that and Silver not?