The Innovative Enterprise: Losing Sight of the Job? - InformationWeek

I've been rethinking the theme of so many tech AND management EVENTS: Innovation IS everyone's job.

Think about this one. When is the last time you went to a tech/business conference and you didn't hear someone say something like, "Innovation is everyone's job." It might have been back in some year that began with 199x. Of course, today, speakers feel the need to insert "with data" into the mandate.

I'm sick of nodding along like the doggie bobblehead in the rear window of a car on the highway. I have to disagree. Yes, data is playing an important role in all of our lives, so everyone should use it. Yes, everyone in an organization should be welcomed into the innovation kumbaya circle. But, no, not everyone should be required to innovate. Plus, people who aren't in a position to innovate shouldn't be cast into the fires of Human Resources Hell because they don't generate great ideas.

Plenty of people in almost every organization need to be judged simply on whether they do their jobs well. 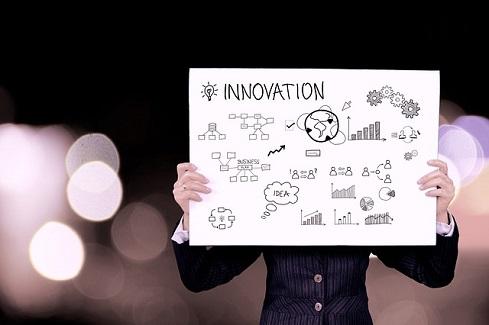 In my job I have had the pleasure of meeting and listening to an awful lot of very smart, very accomplished, and very interesting people. Inventors, entrepreneurs, educators, authors, scientists, even the occasional smart politician. Yes, you could say that most of them were innovators. However, a lot of them were plain folks going about their jobs, but able to share great insight.

One was a retired US Navy chief petty officer that I interviewed many years ago. He had done his 30 years around the Vietnam War era, and was getting on with the rest of his life. He dropped in an interesting observation on why people opt to extend their initial enlistment period into a lifetime in the military.

Beyond the obvious patriotic reasons, for some military people there's a comfort level in being career service, he said. Life in the military limits the need to make some hard decisions, he noted. You don't go looking for a new job, it's pretty much assigned to you. You don't go looking for a place to live; that comes with the assignment, and is accompanied by healthcare and school choice, even where to shop. The military loves structure, and some people thrive in such structure. The fact is that our Army, Navy, Air Force, Marines, and Coast Guard need hundreds of thousands of such people who want to fit into a structured role, get assigned tasks, and follow orders without question.

Of course, there is plenty of need for innovation in the military, even to the point where if you don't innovate you might die. Consider the saying of the Marines, "improvise, adapt, and overcome." But I also could envision the type of person that the chief was describing. I've worked with hundreds of such people, and they weren't just former military. They did their jobs every day, and they were valuable.

His thoughts stuck with me throughout the years in supervising people and learning about modern management practices, including the one practice I really hated: The top 10% (or some other percentage) of your people -- those with great ideas -- get the "big" raises, while the bottom 10% get put on performance plan with no hope of recovering. Everyone in the middle, "Eh!" Machiavelli would have loved that one.

I've been wondering if our focus on getting everyone on board with innovation to -- here we go -- "Drive the company forward" overlooks the fact that someone still has to bake the bread, care for the patient, fix the washing machine, or code the website.

For many valuable employees, their use of data is reflected not in innovation on their own part, but in things like how the new trouble ticketing system makes their workday better, how best practices direct patient care, or a navigation system guides their truck around a traffic jam. It helps them do their jobs better.

The mandate to innovate through data has turned sour in a way, laying guilt on those who do good work and have no desire to spend their days thinking of the next great idea. Instead, that mandate really should be imposed on corporate leaders and line managers, calling for them to embrace data-driven decision making and to look for, welcome and reward innovative ideas. Such ideas might emerge from an analytics project or percolate up from a comment like, "Hey, boss, there has to be a better way to do this..." Hey, that's innovation in action.

So, my question to you: Will the company of 10 years from now still have a place for a core of workers who are simply focused on doing a good job in the job that they are assigned?