Sometimes technology disappoints. Here are some of the products, services and companies that let us down in 2012. 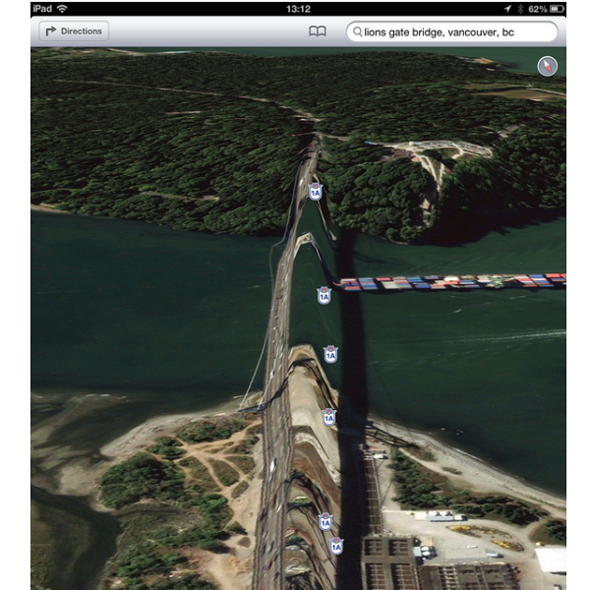 The well-publicized iOS 6 Maps fiasco was a major embarrassment for Apple, which in recent years has seemed nearly incapable of making any major flubs. (Mishaps such as the problem-plagued Mobile Me online service were relatively minor.) Before launching iOS 6, Apple had boasted that its new Maps app would surpass the capabilities of the time-tested Google Maps, which was getting the boot for reasons stemming largely from the increasingly icy relationship between Apple and Google. But iOS 6 users immediately found Maps to be a mess, a bug-plagued app brimming with missing or misplaced landmarks, inaccurate directions, a lack of information on public transportation routes or stations, and other woes. The ruckus forced Apple CEO Tim Cook to issue a public apology with a promise to fix Maps. As for Google Maps, it made a triumphant return to the iPhone in December after a 3-month banishment. (The iOS Maps screen grab above is from sarcastically titled The Amazing iOS 6 Maps site.)

10 Year-End To-Do Items For IT Leaders

12 Gifts For The End Of The World

9 Ways Hacktivists Shocked The World In 2012

Microsoft's Big Hits And Misses Of 2012

Who Is Anonymous: 10 Key Facts