Who's to Blame for the Election Mess? Us! - InformationWeek

For all the good that data can do for us, data lets us down when election day nears.

One of the key goals of a blog is to make people think. Maybe a reader will take action; that would be nice. But writers really want people to think about the implications of a news event, a trend, or a speaker's comment. 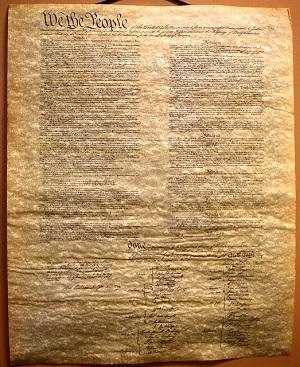 Bryan Beverly's intriguing blog, How to Value a Statistical Life, certainly got me thinking. He explored the concept of the value of a human life with regard to government and citizens' decisions. In fact, it triggered an avalanche of thoughts that have been building up inside my brain over the past year as we in these United States have endured the dark comedy that has been the presidential election campaign. State and local campaigns have served as freaky midway sideshows.

Bryan, whose blogs always make me think, opened his latest blog with questions:

Would you be willing to pay higher state taxes to reduce the number of elderly persons dying from asthma next year by 20%? Would you vote for federal subsidies to pharmaceuticals to offset the costs of producing EpiPens, if that reduced deaths of children due to allergies by 15%? ...

The article explored how government agencies use a concept called The Value of a Statistical Life (VSL). In essence, VSL defines what saving lives would cost the taxpayers when it comes to something like a new construction project to clear a decrepit building. Give it a read.

I mentioned in a comment that VSL felt cold, and Bryan made the point that government officials have to give weight to taxpayer feelings and ability to pay. That's true, to a point. Government officials -- elected or appointed -- also are entrusted with the responsibility to simultaneously protect the well-being of the individual and the majority. They have to make hard, sometimes unpopular decisions.

That brings us to the elections. I'll get into the presidential campaign in a minute. We can't ignore that, as hard as we might try.

Voice of the people?

But let's start with the referendum questions that pollute our airwaves. Most of their arguments, pro and con, are about data. There's data, data everywhere and not a bit to trust.

Back in 1978, government changed with Proposition 13 in California. It was a binding referendum that imposed hard limits on property tax rates, and thus local government spending. Since then binding referenda have been an accepted form of law-making. The vehicle is so popular that many states have a dozen or more such questions on their ballots every general election season. This year, voters in various states are considering binding referenda on matters such as marijuana legalization, charter school funding, and, in at least one case, a ban on the sale of eggs that aren't produced by cage-free chickens.

The concept behind referenda is noble. "Government of the people, by the people, for the people" means that the people make laws. However, that runs contrary to our Constitution, which defines a representative government. In that representative model, citizens vote for people who will go to Washington, the state house, or city/town hall to make new laws and refine existing ones.

Those people that we send to Congress or city hall were intended to be intelligent, somewhat objective people who were chosen because they represent the interests of their local constituency but also because they could make decisions based on the common good, for everyone.

Now, voters are making laws that the average person doesn't understand. Many vote yes or no on candidates and referenda based on the number of signs that they see on their way to the polls. Brilliant! Others vote because they fall prey to emotional arguments and anecdotes. Still more are convinced about right or wrong based on data points spewed by advocacy groups.

Depending on the question at hand, the voter sides with the data presented by the social action group or industry association sponsoring the question or by the opposition. Each side hides behind a phony baloney name like "Citizens for a Just Cause" or "American Friends of Animals," and is backed by a political action committee (PAC) funded by almost untraceable contributors living thousands of miles away.

The data on both sides is drawn from highly skewed studies designed simply to sway public opinion. That means it's not really data at all, just trumped up (sorry, I couldn't resist) talking points. Few, if any, voters will reality check both sides' data.

Yet, the proposed law will be accepted or rejected based on the opinions of grossly uninformed voters, most of whom have no real stake in the issue.

How did we get into this mess? We voted our way into it. We elected representatives who weren't wise, weren't objective, and weren't committed to the common good. Often they didn't read the legislation they voted on or didn't vote at all. When they did vote for or against a bill, they too often did so to please a special interest group that funded their campaign. As a group, they relinquished the mandate that the voters and the Constitution gave them. So the voters took over and turned to referenda.

Now, we the voters are left to make laws based on issues most of us don't understand and data that any freshman stats major could blast holes through.

A blizzard of bad data

Of course the data spewed by candidates for office is no better. Thus, we are left with a vocal majority who wish there was a "none of the above" option on the presidential ballot, and many of us say we're voting "reluctantly" for one of the leading candidates. It appears we will further add to our mess on November 8, no matter who wins.

We have voted on the basis of sound bites, on fragments of meaningless and untrustworthy data, on who has the better snide remarks, on appearance, even on the personality or past behavior of a candidate's spouse. We vote while ignoring the players in the background, the deep-pocketed financiers representing corporate interests.

We never question the data presented by the candidate that appeals to us, and we disregard the data of the opposition. Then, when the assembled misfits that we elect get together to bicker in the halls of Congress and don't do our bidding, we take the law into our own hands and demand a referendum that is just as flawed as the legislative process.

As the long-time cartoon character Pogo said about the environment back in 1971, "We have met the enemy and he is us."

This year, and in the future, please vote smart.

We welcome your comments on this topic on our social media channels, or [contact us directly] with questions about the site.
Comment  |
Email This  |
Print  |
RSS
More Insights
Webcasts
ROI and Beyond for the Cloud
5 Steps to Solving Modern Scalability Problems
More Webcasts
White Papers
Ahead of the Curve: Accelerate Cyber Response with DNS Insights
Seven recommendations for a Successful SD-WAN Strategy
More White Papers
Reports
Annual Global State of the WAN
2020 Threat Hunting Report
More Reports