Is ARM a whole new road for Windows or just a dead end? Speak your mind in the comments.

Windows 8's public preview is finally out, and people are downloading it fast and furious to see for themselves what the next generation of Windows is will mean for them. 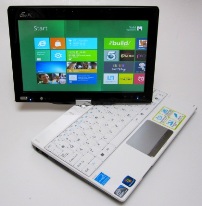 But there's another, less-widely-told story here: that of Windows 8 on ARM, or "WoA" as it's also called.

This cousin to Windows 8 is being developed specifically for ARM-powered devices, but won't run any x86 applications (at least not without a massive performance hit). For apps, it may depend entirely on either HTML5 or as-yet-forthcoming apps built for Microsoft's new Metro touch UI.

Worse, WoA is said to lack the enterprise management features of conventional editions of Windows 8 -- which makes you wonder if it has any place in the enterprise at all.

Does all this make WoA a certain loser, or merely a niche player for Microsoft? Is ARM a whole new road or just a dead end? Join the discussion below and tell us what you think.