Soon, commuters on the Long Island Rail Road might be able to use their smart phones to pay for passes. Test stations have been rolled out in the first step of an ambitious plan to use near field communications (NFC) for payments and information.

The Long Island Rail Road has begun posting test signs that transmit near field communications (NFC) to compatible devices. The signs are part of a pilot project that eventually will support payments over NFC. 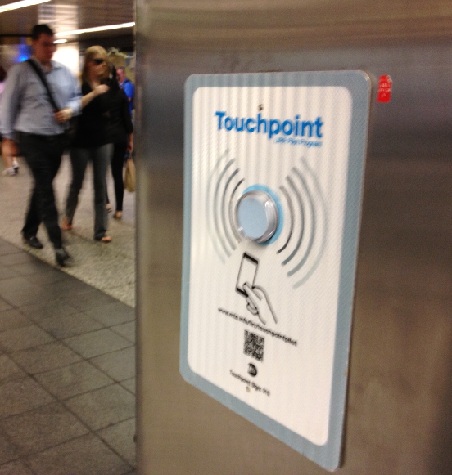 The signs currently only beam the URL of the Long Island Rail Road help page, which opens on the phone when brought in close proximity to the sign. Eventually the program is planned to allow passengers to use an NFC phone much as they might show a pass or swipe a card.

NFC is a tempting technology for many businesses and public transportation may be an especially good one. New Jersey Transit recently began a crackdown on counterfeit monthly rail passes which became more popular following fare hikes. Properly implemented, NFC would be far more difficult to counterfeit.

NFC also can be a new source of attacks on phones. Click here to read about how security researcher Charlie Miller demonstrated such a hack at BlackHat 2012 in Las Vegas recently.