50%
Tweet
Instead of punching in 10 numbers to call your friend Joe, why not just dial **JOE? That's the idea behind StarStarMe, Sprint's new vanity phone number service. Reservations for the speed-dial codes are first-come, first served, and aren't cheap at $2.99 a month per number.

The idea is simple: Instead of dialing David's 10-digit number on your cell phone, why not just dial **DAVID instead?

That's the concept behind StarStar Me, a new mobile-phone service that allows users to reserve names of up to nine characters, prefixed with two stars, and attach that name to a phone number of their choice. In this case, **DAVID would be **32843. 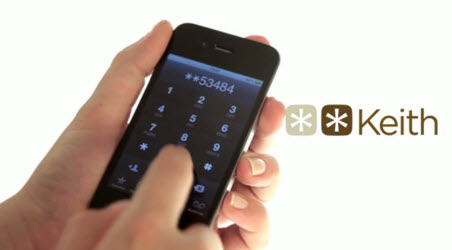 Up to two StarStar Me numbers can be assigned to a given phone number, and the names are available on a first-come, first-served basis.

The product is the brainchild of Zoove, a Palo Alto-based company with a registry of millions of such numbers. It has been monetizing them through businesses (e.g., **NFL, **WEATHER), but is now expanding to target consumers via StarStar Me.

An app for Android, and soon for iPhone, lets you perform advanced management options such as replying with a custom text message if a user's line is busy, blocking specific callers, replying with detailed contact information, and so on.

StarStar Me numbers do not yet support the ability to receive text messages, and cannot be ported to other carriers.

Most of the recent innovations in mobile have been driven either by a standalone mobile app, or an app coupled with a network-supplied service. Few have revolved around changes in the cell network itself, or worked as sidecar applications to expand the functionality of phone calls like Thrutu does.