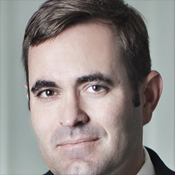 The federal government has been an early adopter of mobile technology but now it is time to take it to the next level. These five areas need to be addressed.

The promise of mobile technology has been transforming the consumer market drastically over the last few years at a rate unprecedented in history. More than one third of all US adults now own a tablet computer, a sector basically created when the iPad debuted in April of 2010.

This rapidly changing technology has the promise of increasing productivity while at the same time decreasing what organizations spend, which is particularly attractive in tough budgetary times.

The federal government has been an early adopter of mobile technology and has tried not only to keep pace with industry adoption, but also has tried to take a leadership role in setting enterprise policies, such as BYOD and mobile security.

For the last two years I have been privileged to work alongside Dr. Rick Holgate, CIO at the Bureau of Alcohol, Tobacco, Firearms and Explosives, as the industry co-chair of the American Council for Technology-Industry Advisory Council's (ACT-IAC) Advanced Mobility Working Group.

This group proposed an idea that ultimately became the landmark "Digital Government Strategy" that was released by President Obama in conjunction with Federal CIO Steve VanRoekel on May 23, 2012 as a presidential memorandum. Over the following year, federal agencies have made much progress in the areas of BYOD, security APIs, and established unprecedented levels of collaboration between agencies.

There is more work to be done, however. I believe that follow-on is necessary to build on the good work done by the original strategy.

Here are the top five areas that need to be addressed in what might be thought of as Digital Government Strategy II:

The "BYOD Toolkit" was released as a deliverable in August 2012. It was a great first step in providing examples of BYOD policy. Progress has stalled in agencies -- not for lack of technology, but in many cases because of tricky policy and legal issues.

This area will not be solved anytime soon unless all the agency lawyers can be brought together to collaborate on establishing different levels of BYOD guidance. Keep the technology people involved on the committee, but this may be the rare case in may take to get a lot of lawyers in the same room to get something done.

Rob Burton, the former head of Office of Federal Procurement Policy (OFPP) in the Office of Management and Budget and a lawyer at Venable is an expert at BYOD Policy and may be the person you would want to head up a committee to address this issue.

As agency experts grapple with disparate issues such as app design, mobile device management/mobile application stores, app security, enterprise API, identity management and even ubiquitous wireless connectivity, there is the challenge of "putting all this technology together" to create a capability.

Establishing a "best practices" guide in this area would be helpful since most agencies are encountering similar issues as they deploy mobility.

APIs are the "secret sauce" of the digital government strategy, according to Steve VanRoekel. While citizen-services APIs have been around since 2009 when Data.gov was launched, enterprise APIs were covered in the original Digital Government Strategy, but need further elaboration. For example, if all enterprise systems used common APIs, it would be easy to develop a mobile capability -- but maybe in a way not anticipated.

Excellent article Tom! Mobility combined with security, privacy, and usability are critical elements for the expanding BYOD market both in government and in the private sector. Technologies have brought us to the cusp of these capabilities and now the enactment of mobility policies and process by executive management need to the next steps.
Reply  |  Post Message  |  Messages List  |  Start a Board

Having just listened to Steve VanRoekel at #ELC2013, it's clear that while he emphasizes the strategic over the tactical, some of these specific mobility issues still need a vehicle to be addressed and carried forward. Some good touch points here.
Reply  |  Post Message  |  Messages List  |  Start a Board
InformationWeek Is Getting an Upgrade!

How to Submit a Column to InformationWeek InformationWeek Staff 4/9/2021
White Papers
The Essential Guide to Securing Remote Access
5 Reasons to Protect your VPN with Multi-Factor Authentication
Cloud Threats Are Different, Your Security Should Be Too
Simplify Your Application Security
Dark Reading Report: Battle for the Endpoint