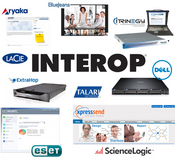 10 Cool Products at Interop
(click image for larger view and for slideshow)
Do you call in with customer-service questions or complaints? Don't be surprised if one day soon the synthesized voice on the other end of the line says, "This is Watson; How can I help you?"

IBM announced Tuesday the IBM Watson Engagement Advisor, a new version of the company's Jeopardy-playing, cognitive computing technology in a version designed to improve the customer service experience. The technology can interface with company service reps, for agent-assisted service, or it can interact directly with customers.

An "Ask Watson" feature built into the Engagement Advisor will enable customers to ask questions, provide feedback to guide purchase decisions or troubleshoot problems by interacting with the system, according to IBM.

"Companies tell us that their customers are sharing more and more information about themselves through Twitter, Facebook and reviews, yet the quality of service is going down and customers are getting frustrated," said Manoj Saxena, general manager of IBM Watson Solutions, during the launch event in Nashville, Tenn. "We believe Watson is a great answer to start intermediating this problem."

[ Where does Watson fit in the future of technology? Read IBM CEO Rometty Shares Vision Of Big Data Era. ]

At least three attributes differentiate Watson Engagement Advisor from text analytics and other customer-support systems, according to Saxena. First, Watson can understand natural-language questions -- either spoken or written in English -- and it responds with not just answers but evidence and confidence levels in those answers. Second, Watson can engage across channels, be it phones, tablets, websites, messaging or email. Third, Watson learns over time and serves customers better because it can personalize the customer experience.

As a cognitive computing technology, Watson does have to be trained, but Saxena pointed out that IBM started using Watson commercially in healthcare, among the toughest challenges it could find and a domain that sees more than 2 million pages of research published on cancer alone each year.

"We've had half-a-dozen contact-center customers guiding us on the design, and we've found that the problem is significantly easier because we're generally dealing with only gigabytes of data and because the language is much more plain English than you encounter in medicine," Saxena explained.

The giant Watson system that played Jeopardy was the size of a master bedroom, but IBM says it has shrunk it down and can run deployments on a single-server appliance. Companies can tap into Watson Engagement Advisor as a cloud-based service or as an on-premises deployment. Either way, the goal is to have the system up and running within six weeks and delivering break-even ROI within six months, Saxena claimed.

"We are pleased to explore with IBM how Watson can enable smarter, faster financial recommendations -- yielding a customer experience that is simple, personalized and steeped in data-informed insights," said Joyce Phillips, CEO of global wealth and group managing director at ANZ, in a statement.

The Watson Engagement Advisor offering is part of IBM's three-year-old Smarter Commerce initiative, through which it's addressing marketing, sales, procurement, supply chain and service issues tied to increasingly digital consumers. The company has spent more than $3 billion in acquisitions in the domain, including the purchases of Coremetrics, Emptoris, Sterling Commmerce, TLeaf and Unica.