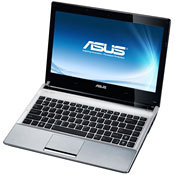 Called Optimus, the technology makes the switch seamlessly, using an Nvidia discrete graphics card for 3-D games, video, or other graphics-intensive applications; and, for more mundane computing tasks such as e-mail and Web browsing, running the far less power-hungry graphics chip integrated into the chipset that runs with the CPU.

If it works as advertised, Optimus is a better option than the switching technology found in selected laptops from Apple, Asus, Lenovo, and Sony. The other systems often require the user to reboot or log out of the computer when switching between graphics.

Nvidia says its technology is the first to make the switch automatically, with no disruption in the use of the laptop. The vendor compares the experience to a hybrid car that automatically switches between its electric and gas-powered engines, depending on the workload.

In offering Optimus, Nvidia is trying to convince computer makers that they can offer more flexible systems without major sacrifices in battery life. When the graphics card is not being used, Optimus shuts it down.

Nvidia's focus on adding to the flexibility of its graphics technology comes as rival Intel ships mobile products with graphics and the CPU on the same piece of silicon. Such products make it more difficult for Nvidia to sell its integrated graphics to computer makers.

Using Optimus, however, will require laptop manufacturers to use a motherboard that supports the technology and Nvidia's latest GeForce graphics cards or its upcoming Fermi cards. Price will likely be a major factor, given that consumers have gotten used to paying well under $1,000 for laptops during the economic downturn.

Asus is the first computer maker to release products using Optimus. One such product, the U30JC, starts at $869 and is available for pre-order.